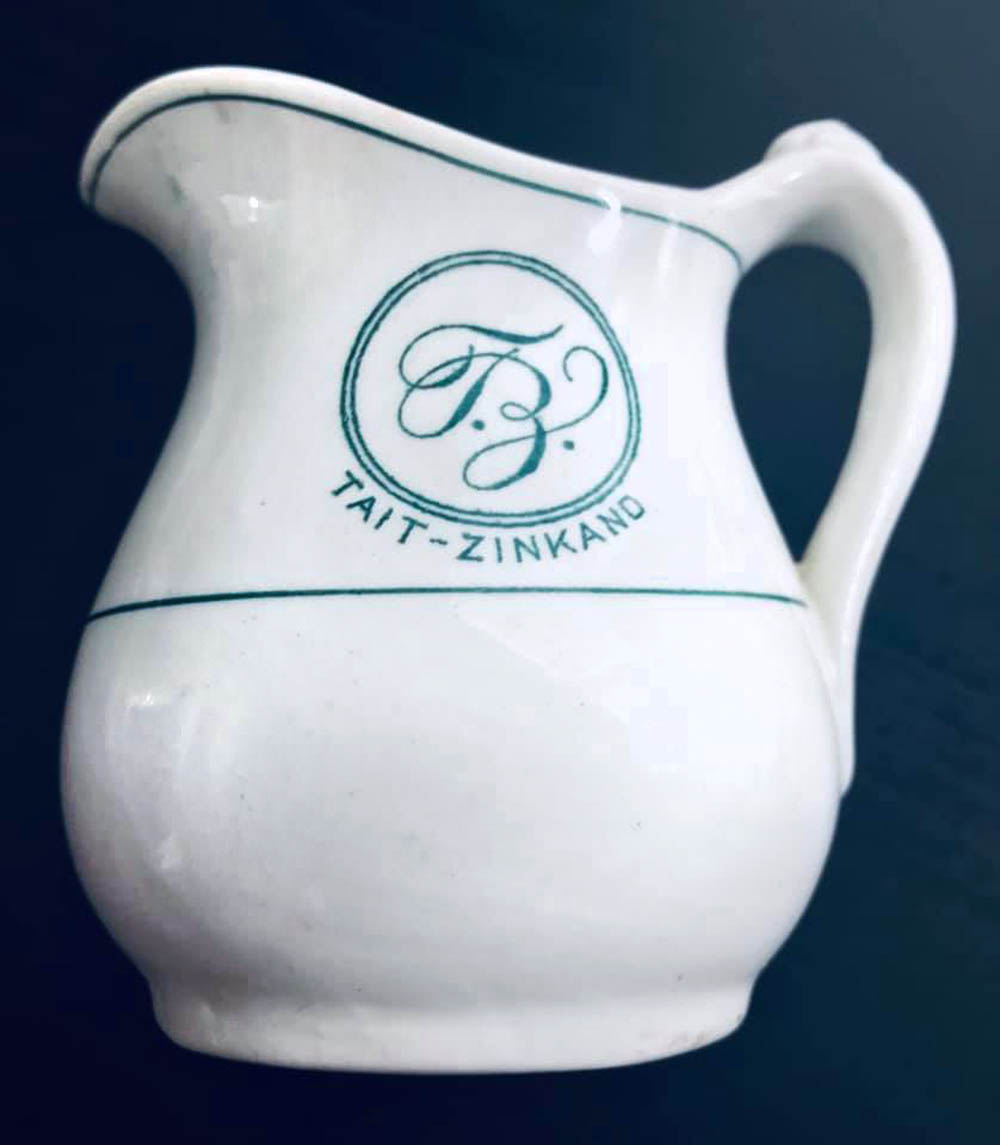 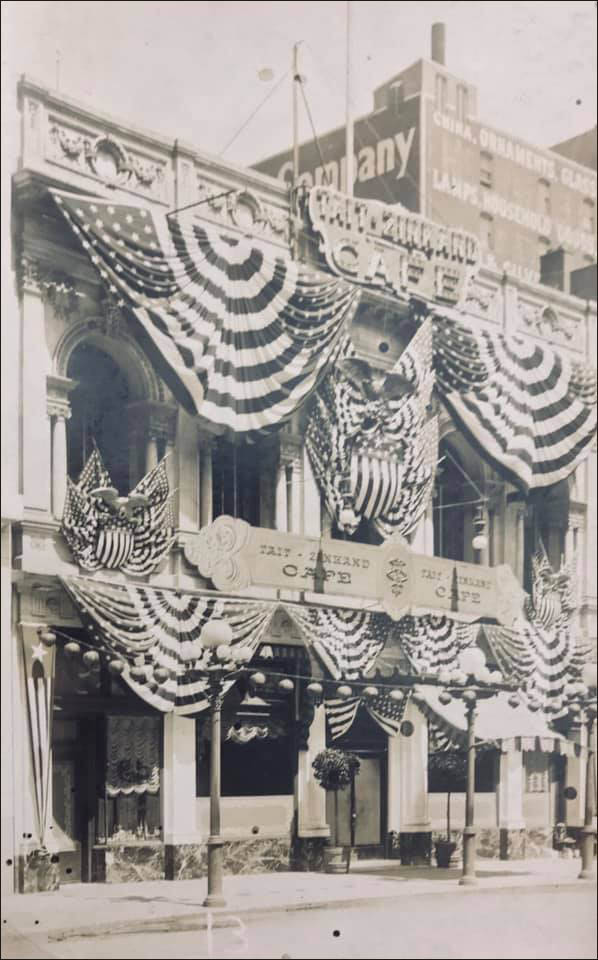 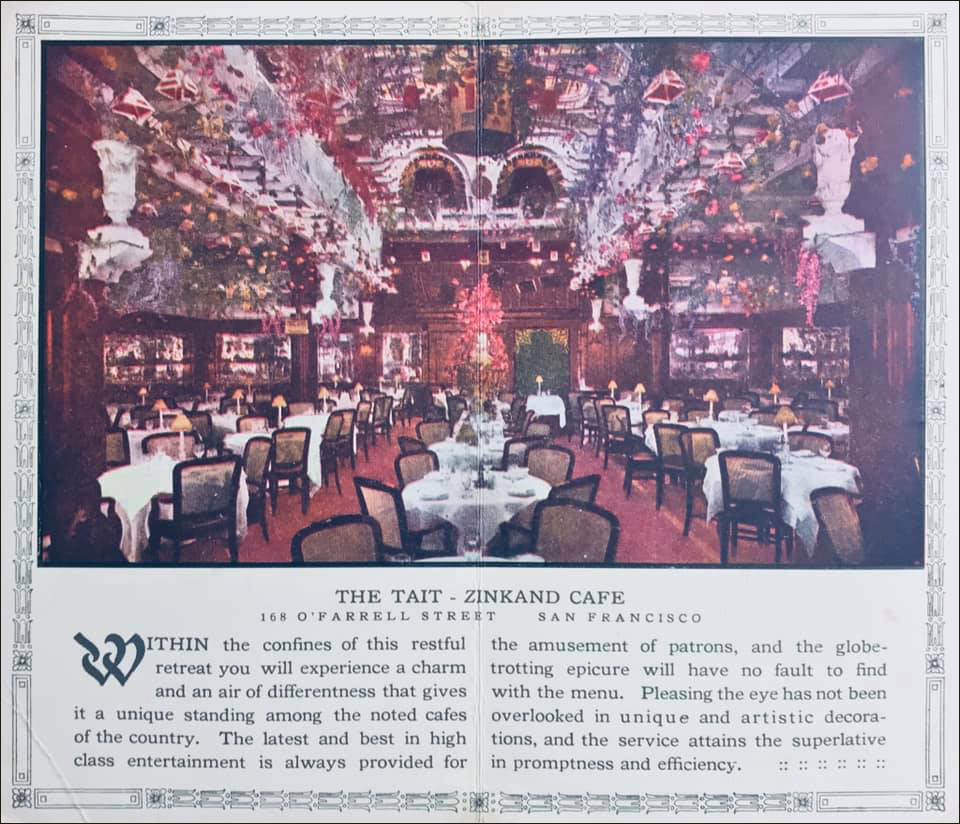 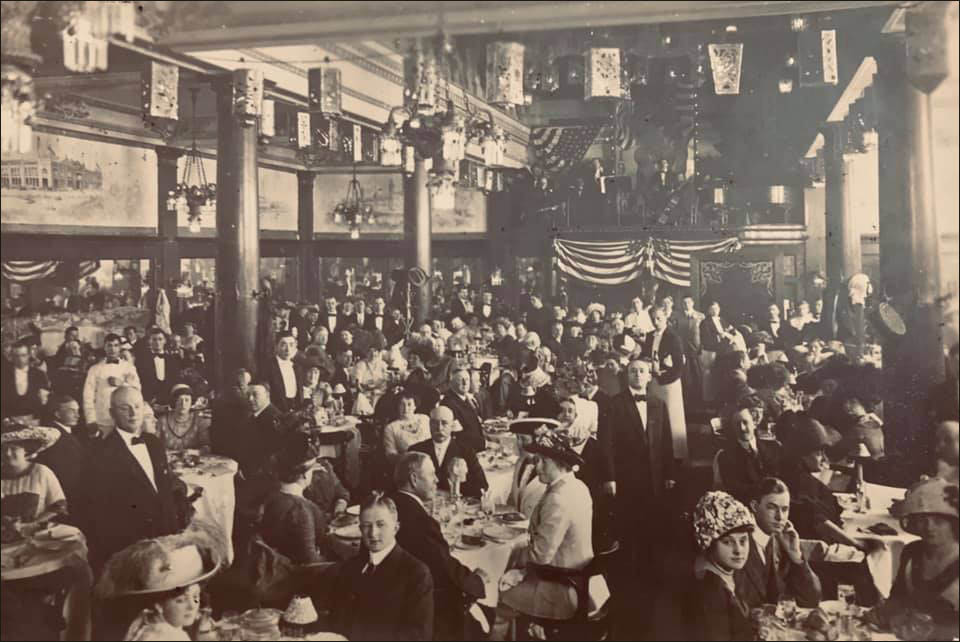 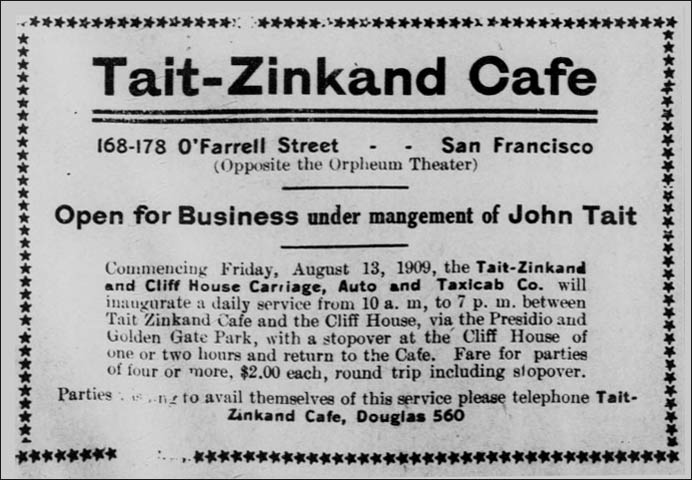 Notes: The Tait-Zinkand Café located at 168 O'Farrell Street in San Francisco, California, opened in August 1909, in what was described as its new $100,000 home. An article in the Marin County Tocsin states,  "The dining room is finished in mahogany and surrounded by paintings. The central court extends to the second floor around which are mezzanine boxes showing the brilliant dining room below and all its guests."

In another article from the San Francisco Call in January 1914, it describes the new Pompeii's Court at the restaurant. "It is a replica of the Festival Hall of the Temple of Arbaces, from the Last Days of Pompeii … these present decorations, when finished, will without doubt be the finest and most elaborate ever attempted In San Francisco." It is not known when the restaurant closed.

White body creamer with a thin green line around the top rim and a matching thin green line around the middle. In between these two lines, on the side of the creamer is the restaurant's logo in a matching green which consists of two thin line concentric circles enclosing the letters "T.Z." in a fancy script. Underneath the two circles, and wrapping with them are the words "Tait – Zinkand" in an all caps plain font.