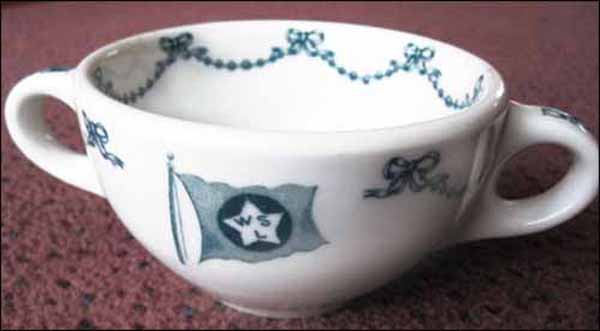 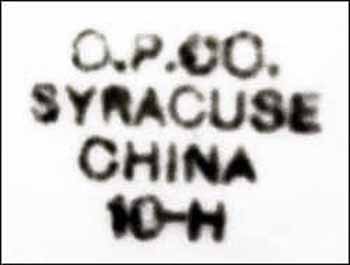 Notes: The side-wheeled passenger steamer Tashmoo, launched on Dec. 30, 1899, was built for the White Star Line in Detroit by Detroit Shipbuilding Co. It ran from Detroit to Port Huron with stops in between.

And according to the Historical Society of Detroit, Tashmoo had a nickname — the Glass Hack — because of its many windows.

The steamer hit a rock on June 18, 1936, and efforts to salvage it were not successful. Tashmoo and its captain, George McKay, were accepted into the National Maritime Hall of Fame at the U.S. Merchant Marine Academy in 1985.

The double handled cream soup cup has a teal blue ribbon and swag border both inside and outside its rim. A flag, also in teal blue, is on one side, with a circle in its center. Inside the circle is a white star and the initials WSL.