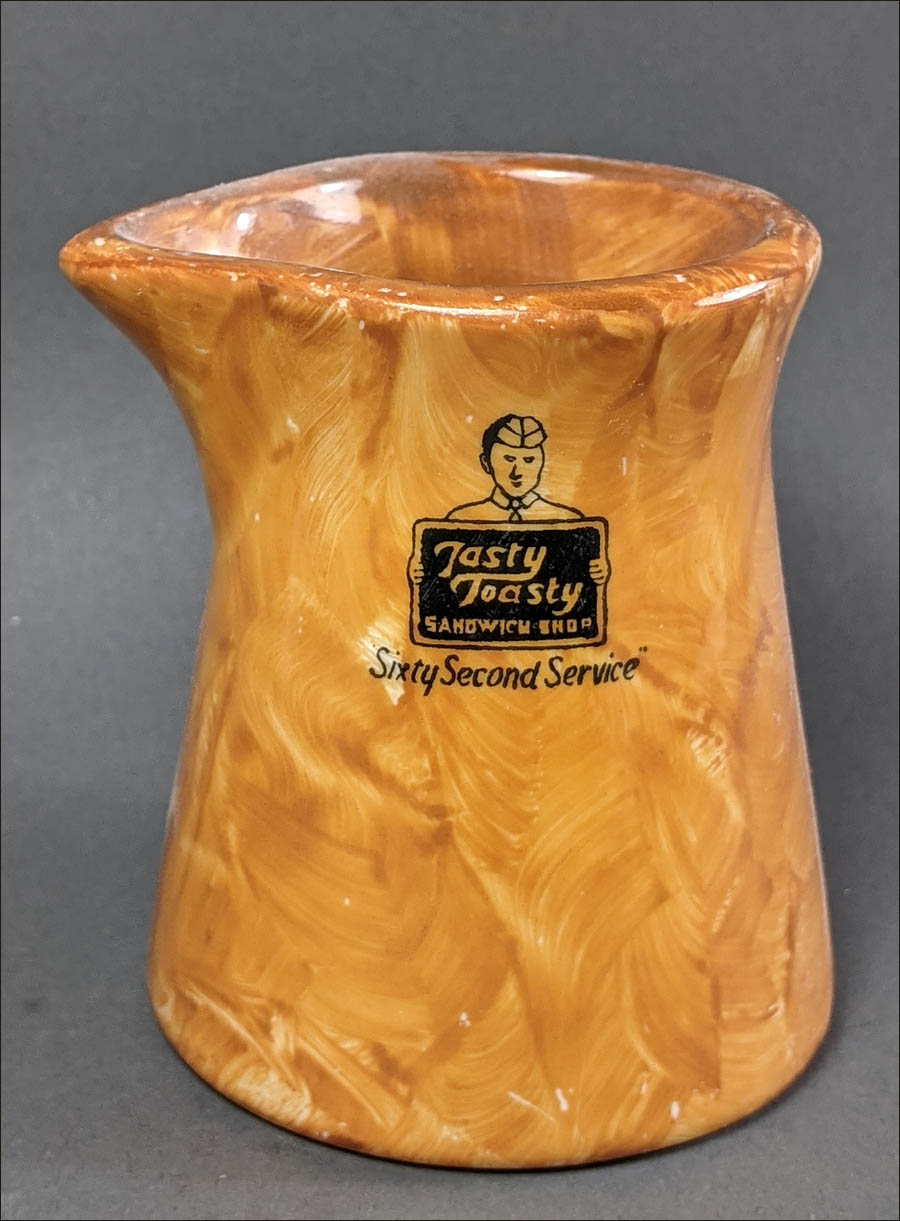 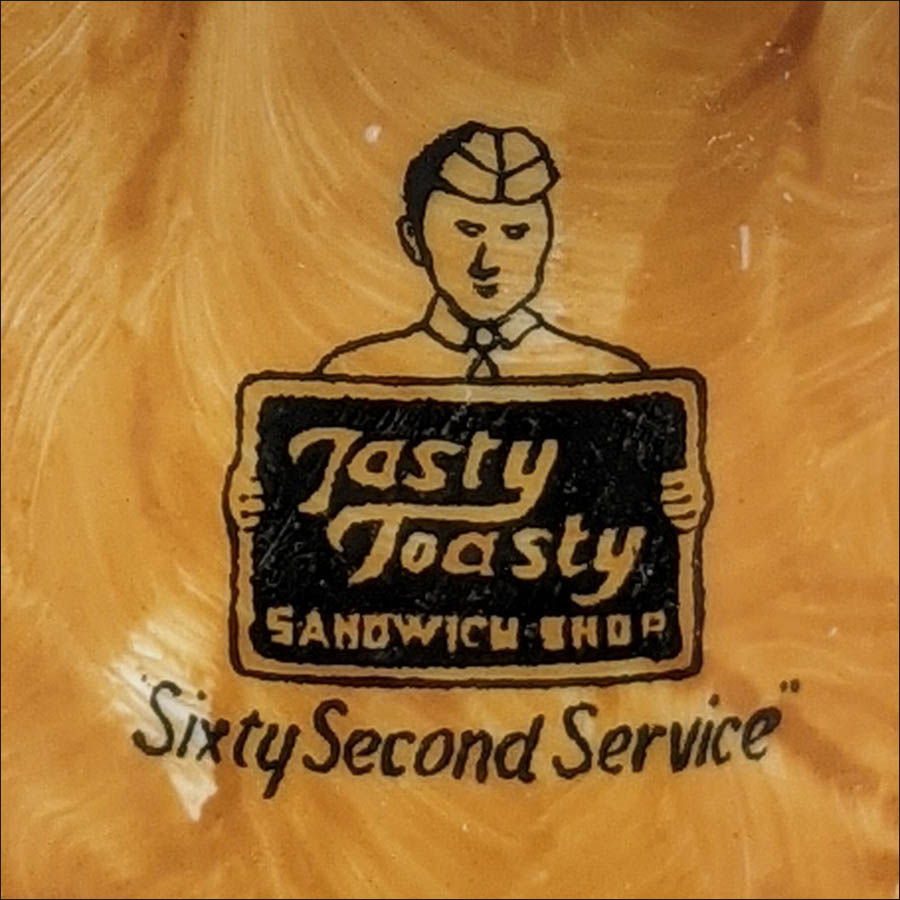 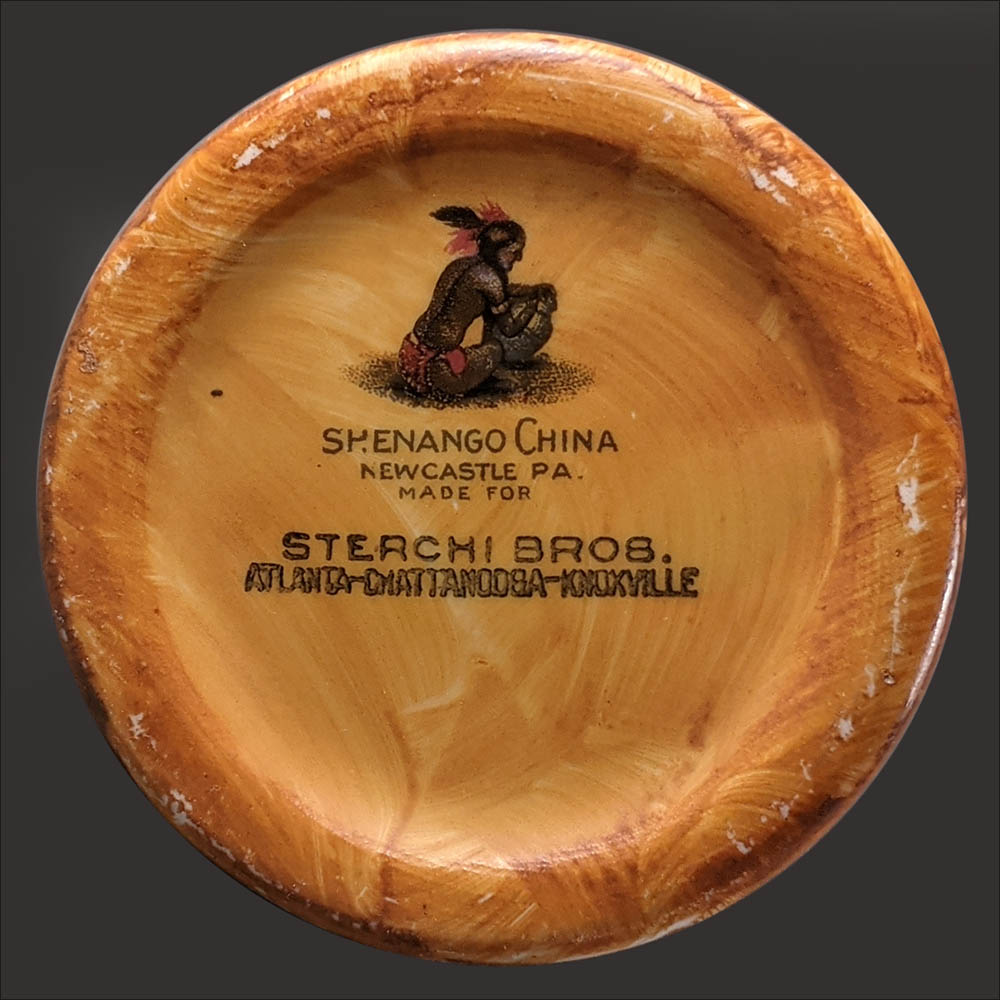 Date: 1912-1920s
Notes: Tasty Toasty Sandwich Shop was a chain with locations in at least three states: Tennessee, Missouri and Alabama. It advertised being "Open All Night," "Tasty Food" and "Sixty-Second Service." Locations have been found in the following cities:

Key to identifying the china's venue is the link between the restaurant's location on the advertising ephemera, shown below, and a late 1920s U.S. Telephone Directory Collection for Birmingham, Ala. The ephemera lists the location as 2004-6 Fourth Ave., N., and the directory lists the address as 2006 4th Ave. N., virtually the same address, except that it appears the restaurant might have expanded at one time.

The sources found span from 1924 to 1935, though it is not known when the restaurants opened or closed.

Distributor for the pattern was Sterchi Brothers, at one time according to the Wikipedia "the world's largest furniture store chain," and based in Knoxville, Tenn.

The creamer, plate and tumbler are hand-decorated with overlapping paintbrush strokes in a rust color. The topmark, in black, shows a male employee wearing a food service cap and holding a sign that says: Tasty Toasty Sandwich Shop and below: Sixty Second Service.