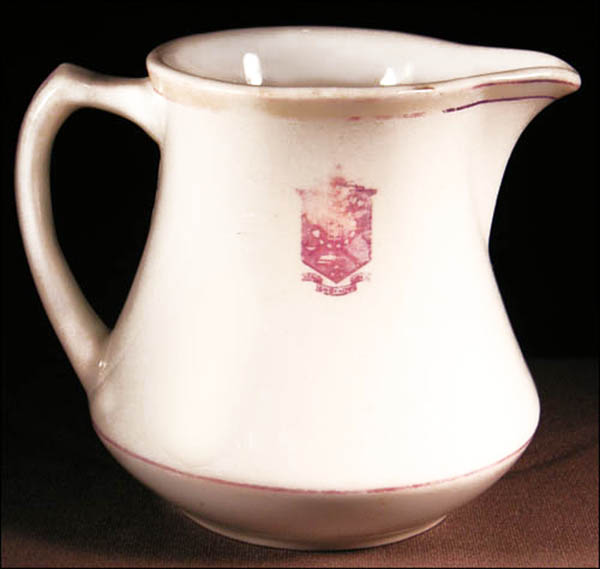 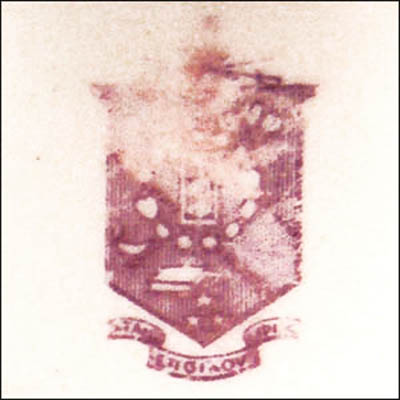 Notes: Tau Epsilon Phi Fraternity was founded at Columbia University in 1910. Most of the early chapters were on the East Coast.

In 1922, the year this creamer was made, chapters opened at Syracuse, Dickinson, Charleston, and Georgia Tech. In 1923, chapters began opening in schools in the Midwest.

The overglaze crest, now severely worn on this creamer, was originally bright purple. Double pin lines in purple are at the rim, with a single purple pin line at the verge.