Fragment from the Maddock dump site 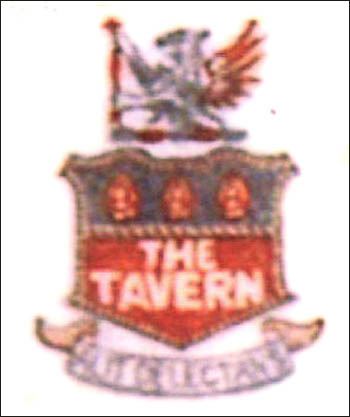 Logo of the Lowney's Chocolate Company 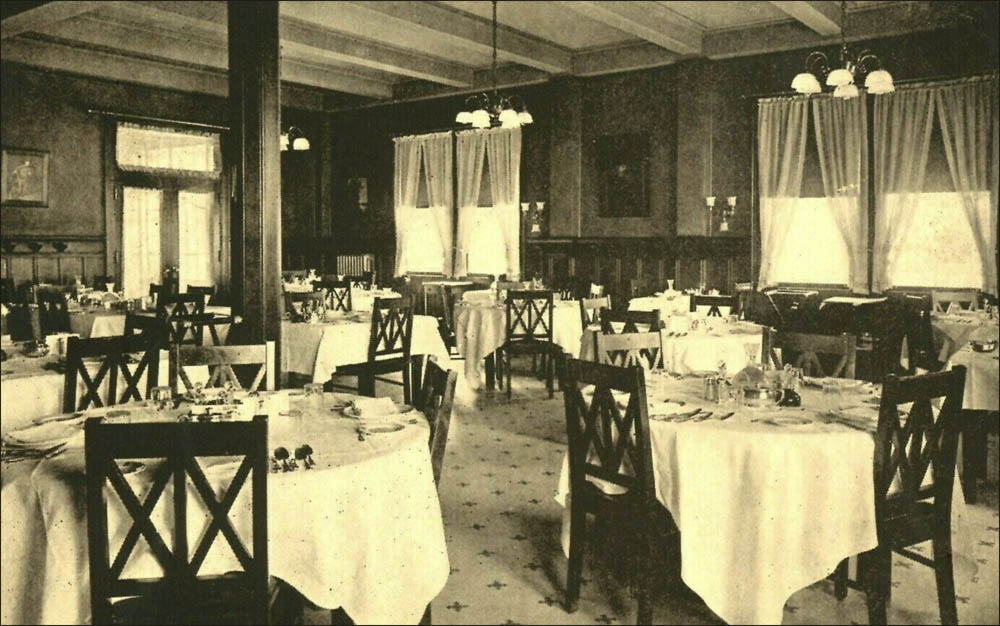 Dining Room at The Tavern 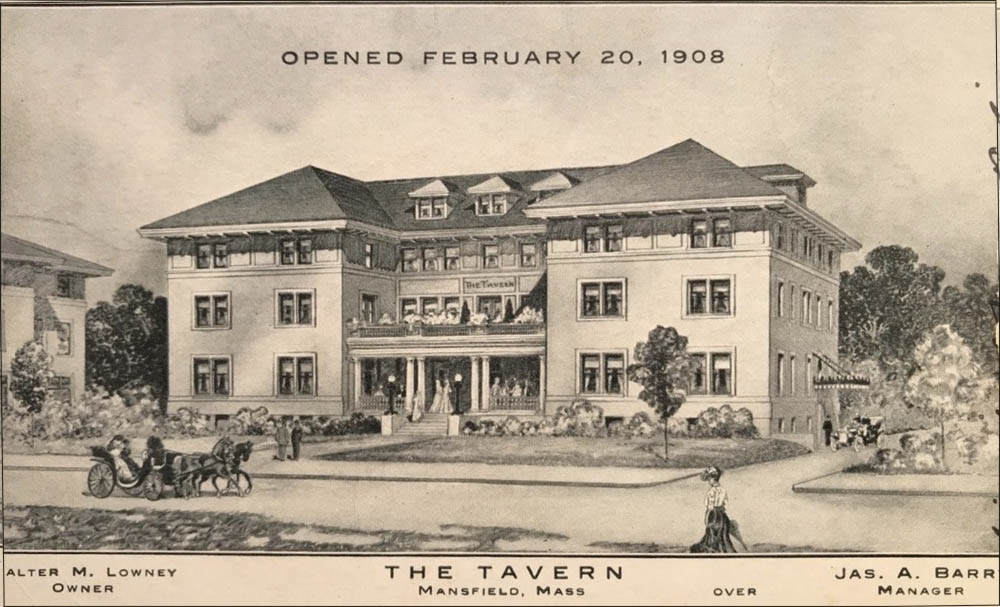 Notes: Walter M. Lowney founded the Lowney Candy Company in Boston in 1883. In 1903, Lowney built a six-story chocolate factory in Mansfield. The Tavern, a 3 1/2 story hotel built for Mr. Lowney, opened February 20, 1908. It contained 50 rooms and operated on the American and European plans. A fire on July 31, 1948, destroyed The Tavern.

Maddock made a Lamberton China service which is crested with a decal shield containing "THE TAVERN." The banner curved below contains "Alit Delectan's." This shield is the same as the one used as a trademark for Lowney's Candy Company, except for the hotel name in the lower section of the shield. Red and blue pin lines flank the crest, mid rim. A fragment of this crested china was found in the Maddock dumpsite used between 1906 and 1912.  Mitchell Woodbury & Company was the distributor.