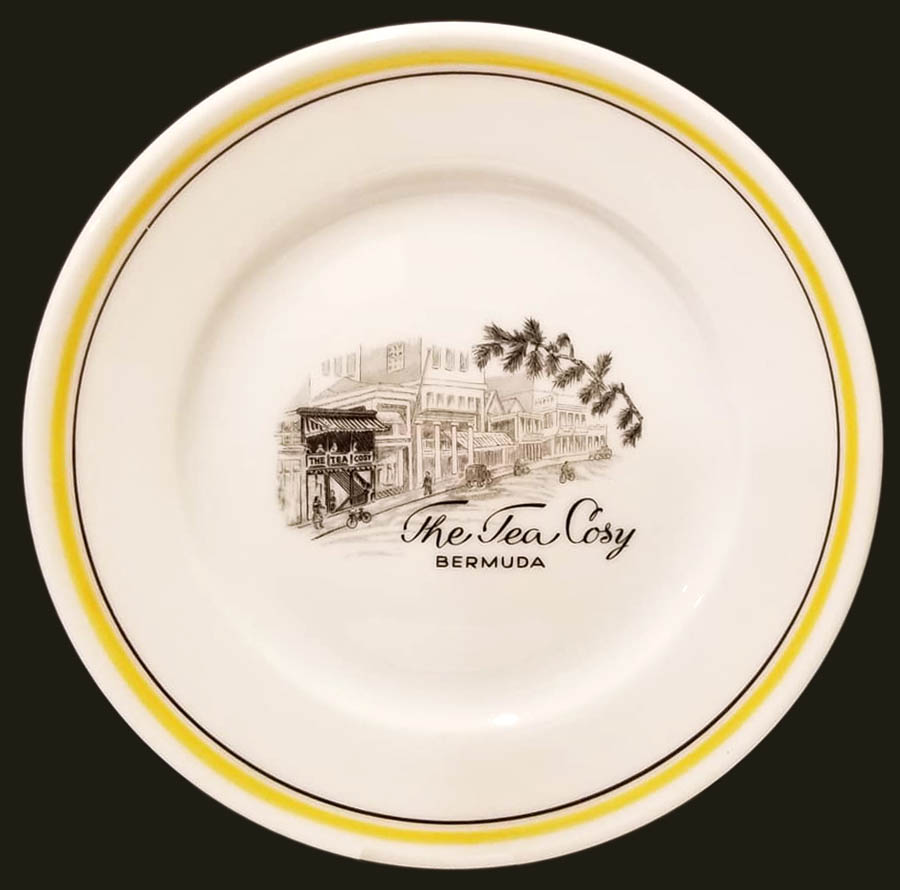 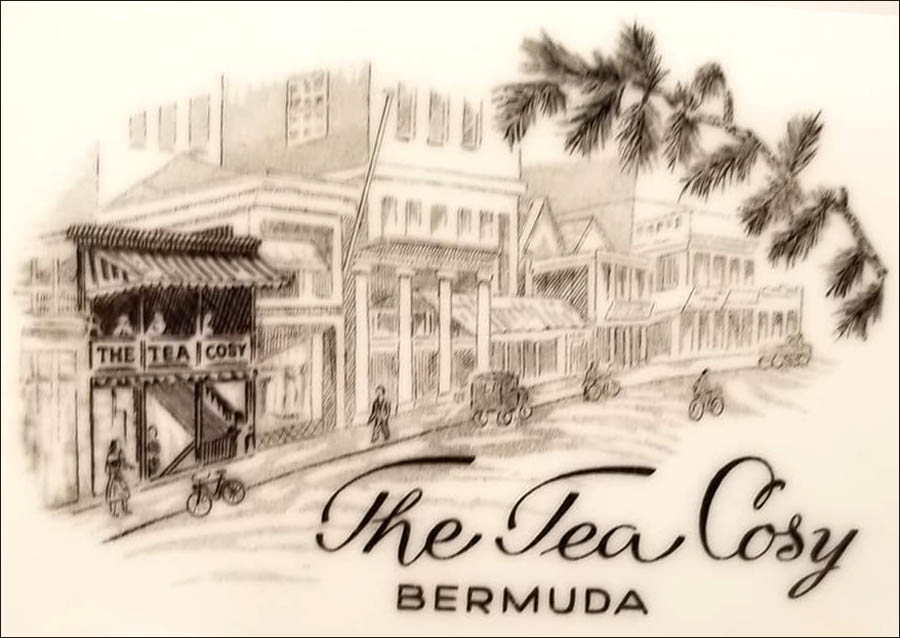 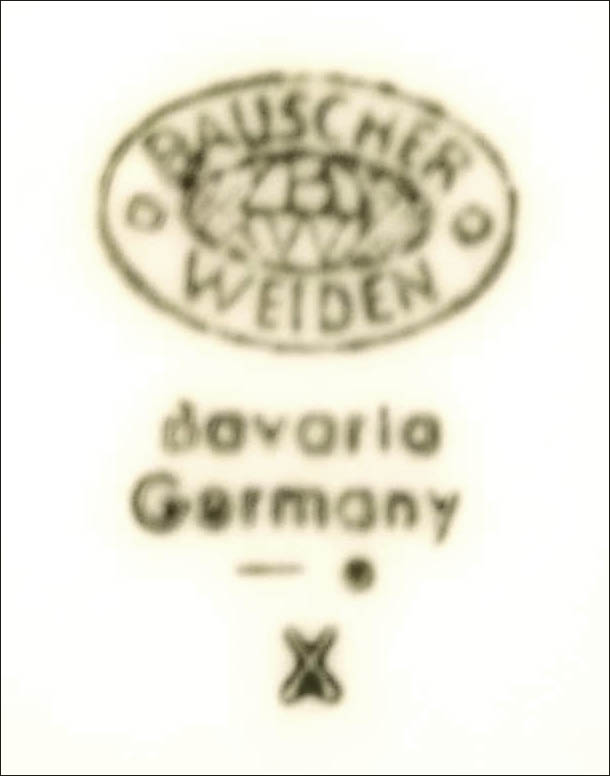 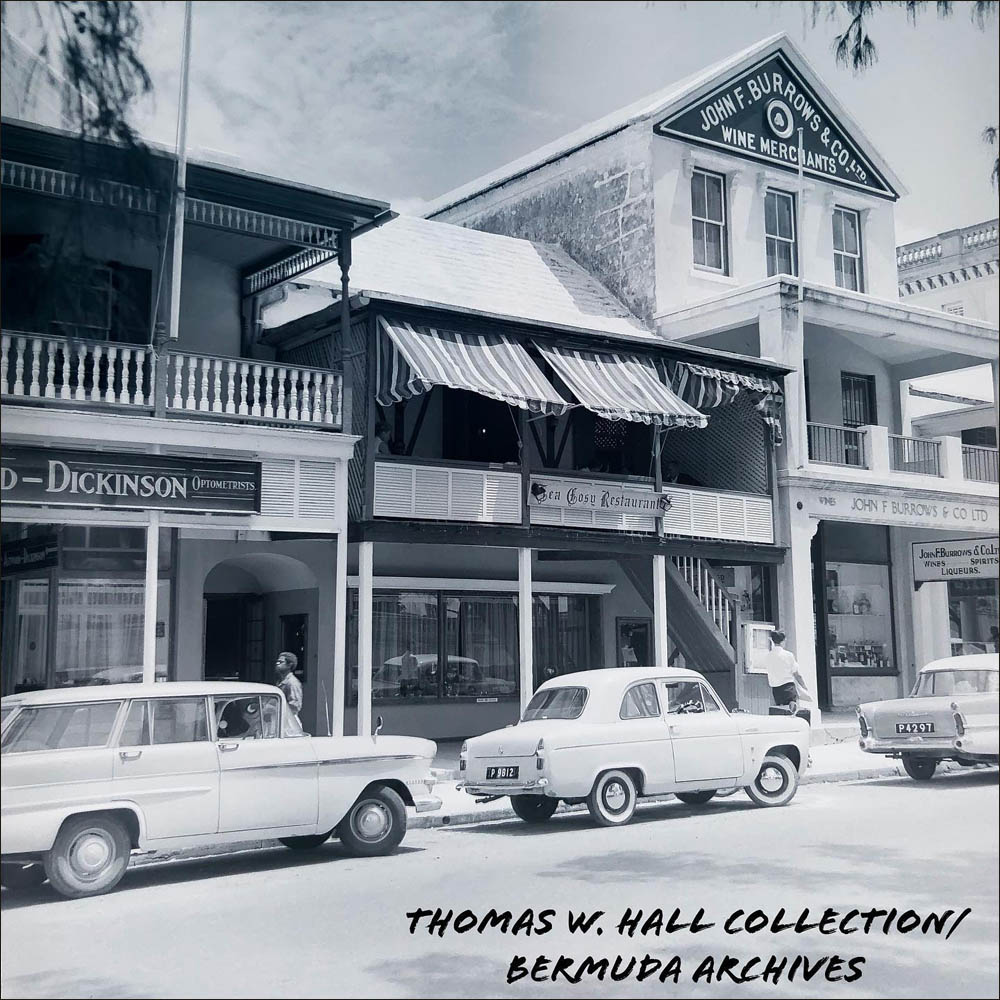 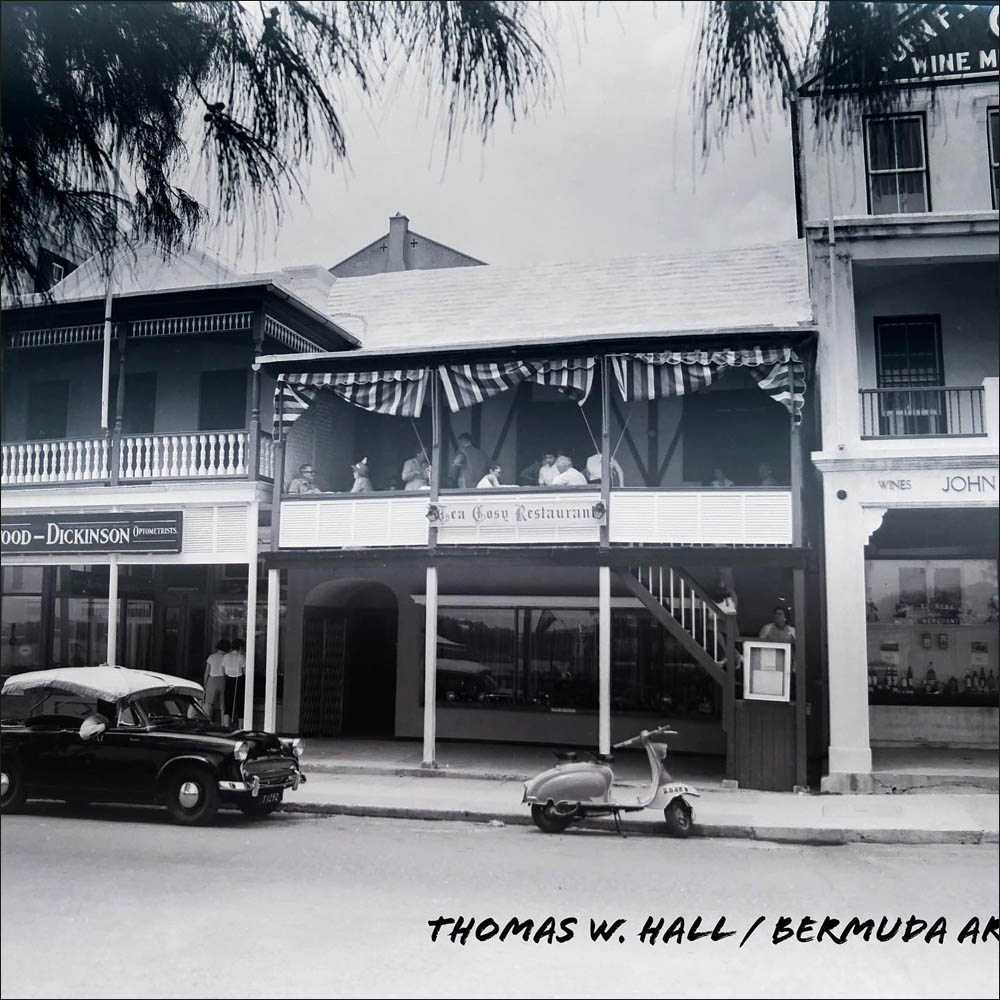 Notes: The Tea Cosy restaurant was located at #56 Front Street in Hamilton, Bermuda. It is not known when it opened or closed, but in 1962, Elliott Kanbar in The Caribbean on Five and Ten Dollars A Day states the following:  "On the main street, Front Street, prices tend to be higher. Cheapest spot here is the Tea Cosy Restaurant at #56 on Front Street, where the special lunch costs $1.35 and is likely to include some such combination as juice, chicken salad, rice pudding and coffee."

In addition, Sydney Clark in his 1965 book The Bahamas, Puerto Rico, and the Virgin Islands has the following to say, "The Tea Cosy, located in the heart of Front Street, is as cosy as its name."

White body plate with a thick yellow band, underscored by a thin black line on the border near the rim. In the well of the plate is a drawing of a street scene including The Tea Cosy storefront. The words "The Tea Cosy" in a fancy script are shown near the bottom of the drawing to the right of the storefront. Above the script appears some type of fir tree branch somewhat framing the drawing. The backstamp on the plate indicates a date range of circa 1949-present, but the scant information found about the restaurant seems to indicate it was a 1960s-era shop.