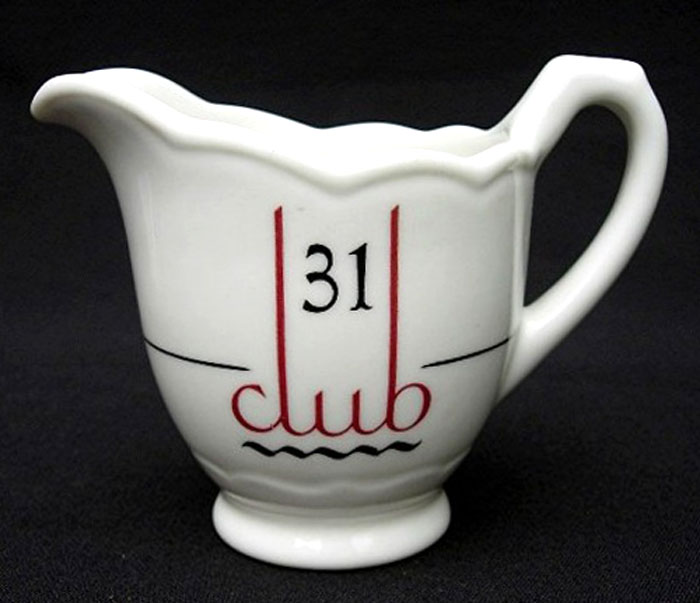 Notes: The 31 Club, located at the corner of 31 North Johnson Park and South Elmwood in Buffalo, New York, opened in the 1940s and catered to Buffalo's elite. It closed in 1983 and the building fell into disrepair. Later it became a gay bar called Buddies. After extensive remodeling the club reopened in January 2009 as a supper club.

White body, 31 in black inside Club in red with black accent lines.