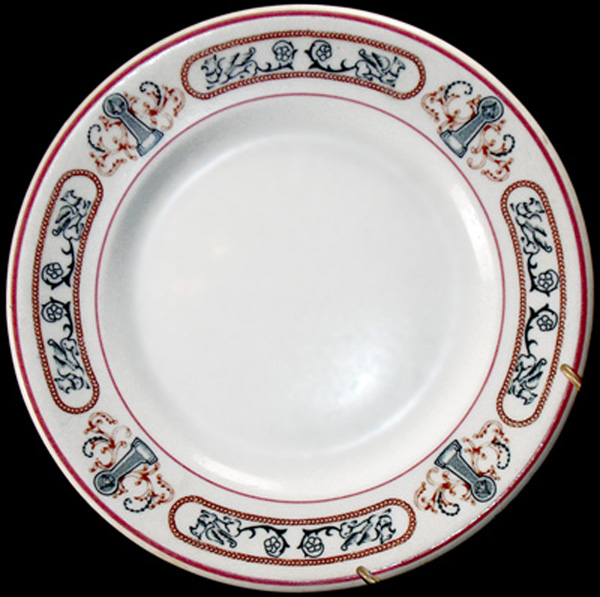 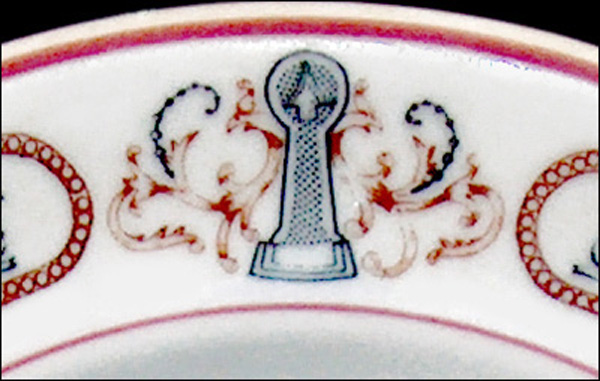 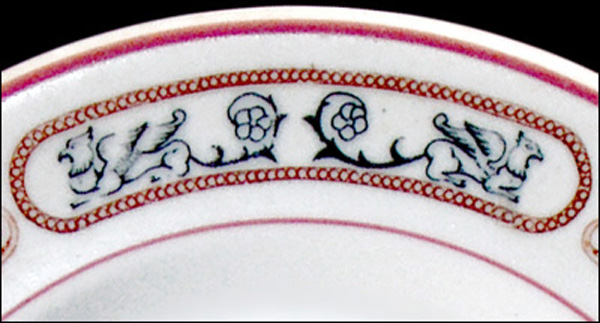 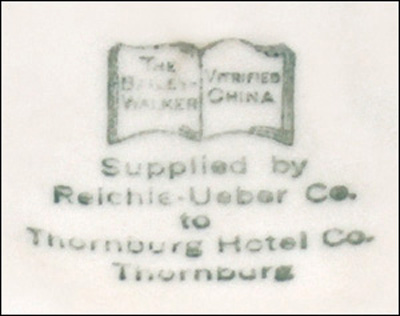 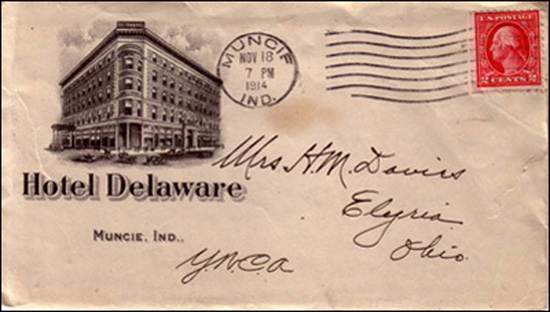 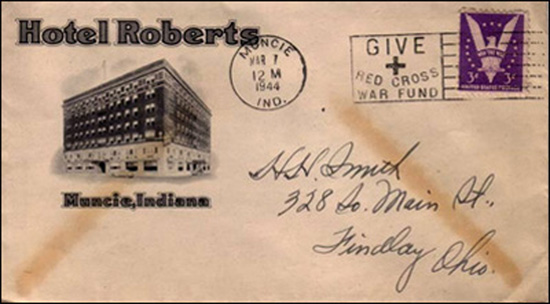 Notes: Alonzo Clifford Thornburg, of Delaware County, Ind., worked his way up through the Muncie hotels, beginning as a waiter, then clerk and later manager of the cigar stand at the Brown House. At one time he owned a half interest in the Kirby House. In 1918 he sold his interest, organized the Muncie Hotel Corporation and built the Hotel Roberts circa 1920.

In 1924, Thornburg started the Thornburg Hotel Company and became its president. The company operated the Hotel Roberts, as well as the Hotel Delaware.

The seven-story Roberts Hotel, located at High and Howard streets in Muncie, was designed by architect Charles W. Nicol to be "a grand hotel that would be the showplace of Muncie." Its status in 2008 is unknown. It was expected to close in late 2006 for renovations with the hope that it would be picked up in a franchise agreement with a national chain.

The Delaware Hotel was located at 206 S. Mulberry Street and was built in 1905 by Theodore F. Rose. At that time it was "the largest and most modern hotel in Muncie and one of the best in the state." It was demolished in 1970.

According to Restaurant China Volume 2, Reichle Sons Company was located in Detroit, Michigan and was a known distributor of Bailey-Walker China.

The Black Seville pattern name was found in an old Bailey-Walker price list, and it is the pattern with stylized flowers and gryphons inside the red ovals. It is not known what the other ornament is or represents. It appears to look like some kind of lever with arrows.