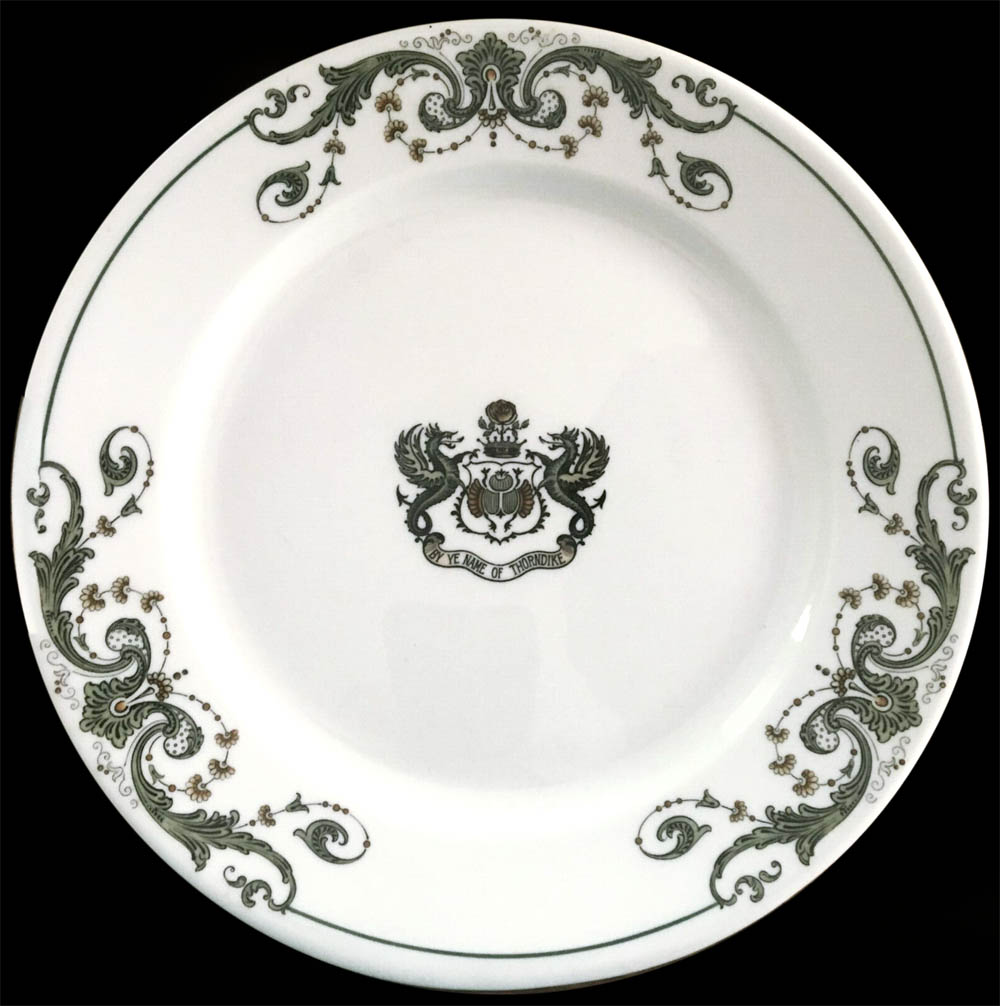 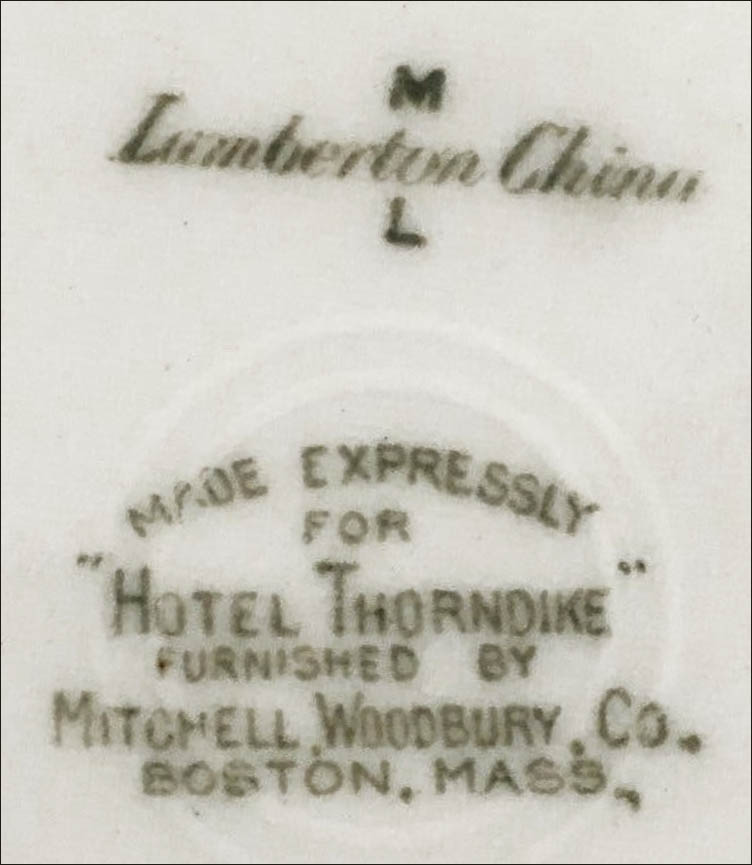 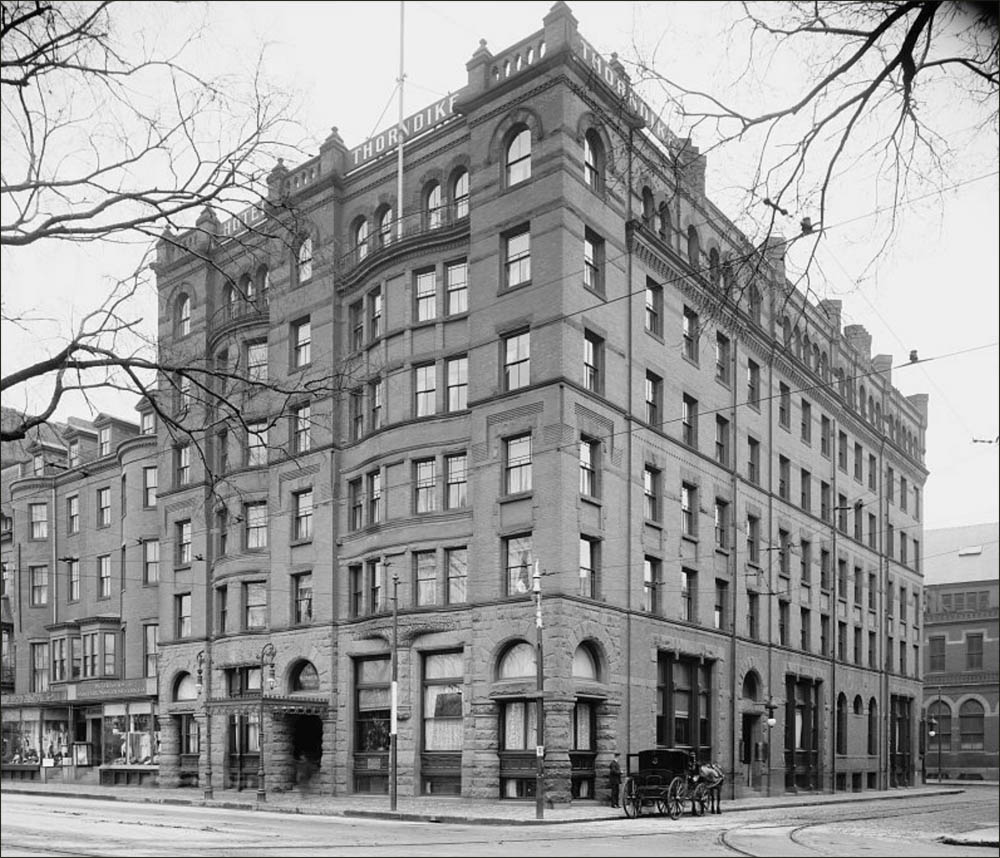 Notes: The six-story Hotel Thorndike, at the corner of Boylston Street and Park Square in Boston, Massachusetts, opened in 1885. It contained a men's cafe, a lady's restaurant, and by 1911, the Ye Old English Room. The 150 room Hotel Thorndike closed in 1921 and was later demolished.

Maddock and Syracuse made china that was crested in coin gold for the Thorndike. The Lamberton China that Maddock produced has a coin gold border that is listed in the Maddock pattern sample book as "#136 Worchester." On service plates the crest is in the center of the well. On other pieces it is below the border. The Maddock china was supplied by Mitchell Woodbury. A Syracuse sample plate made in 1901, contains the coin gold Thorndike crest. Syracuse was producing this china by 1901, but whether or not it had a border design is unknown.