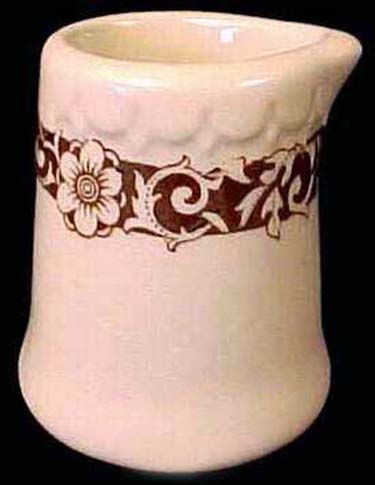 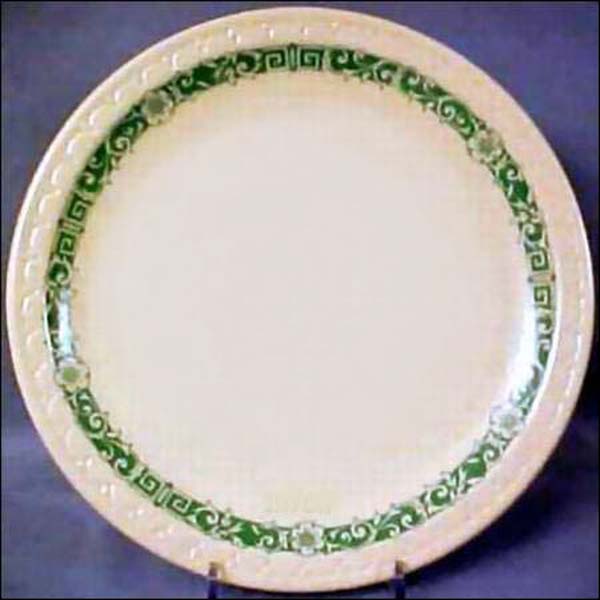 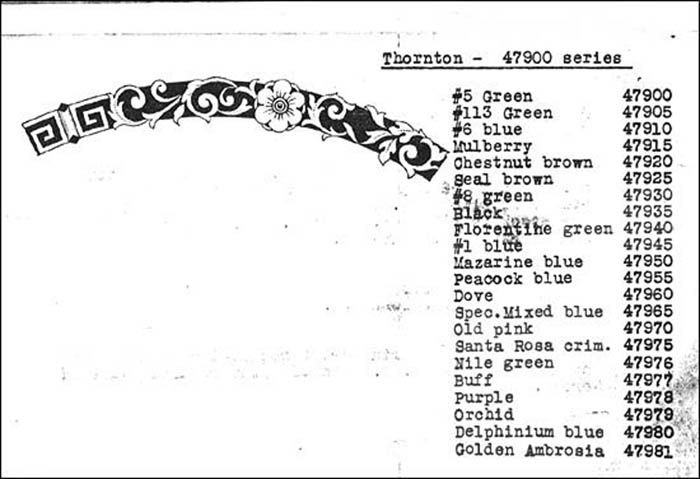 Notes: Please read the Empire entry for the reasons why this pattern was so named by authors of books on railroad dining car china.

O.P.Co., the longtime archivist at Syracuse China and RWCN member, has pointed out that Syracuse's name for this pattern was Thornton, print decoration #47900, and you will see above a copy of the Thornton pattern as it appeared in Syracuse pattern catalogs. It should be referred to as Thornton, regardless of the color of the decoration or the body color, including the brown-on-tan version shown below that has so often been called Empire.

"This was not a stock pattern," he noted. "it was a made-to-order pattern. The customer selected the items, the body color (White, Ivory or Adobe) and the print color."

The Thornton pattern was designed by Douglas Bourne in 1931.