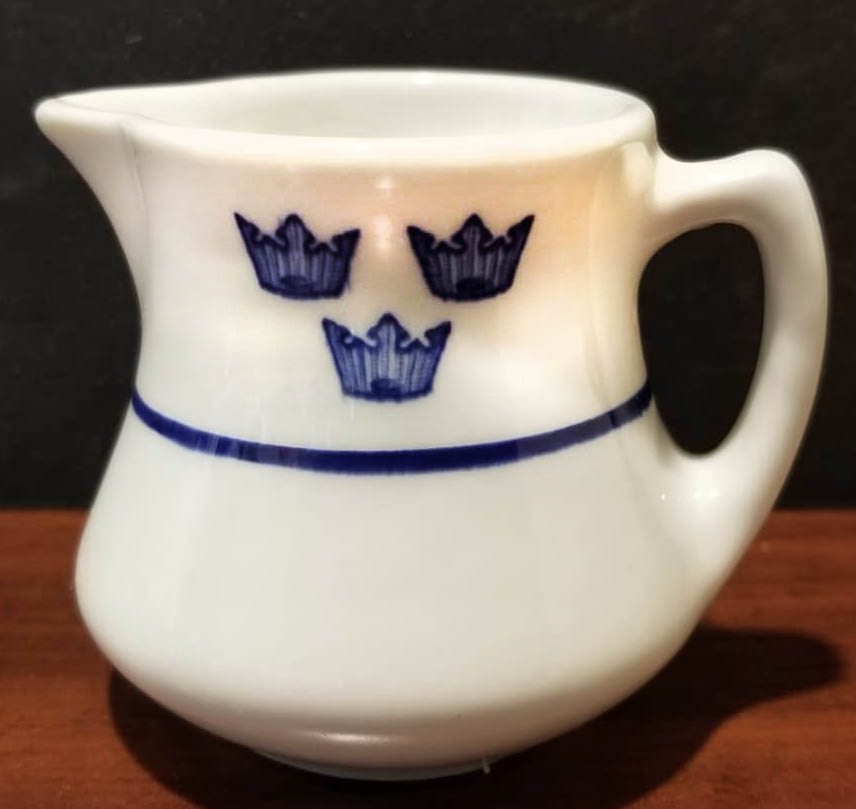 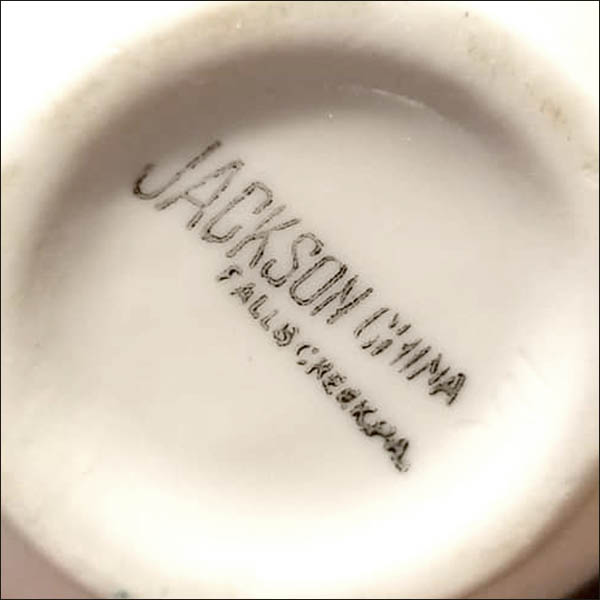 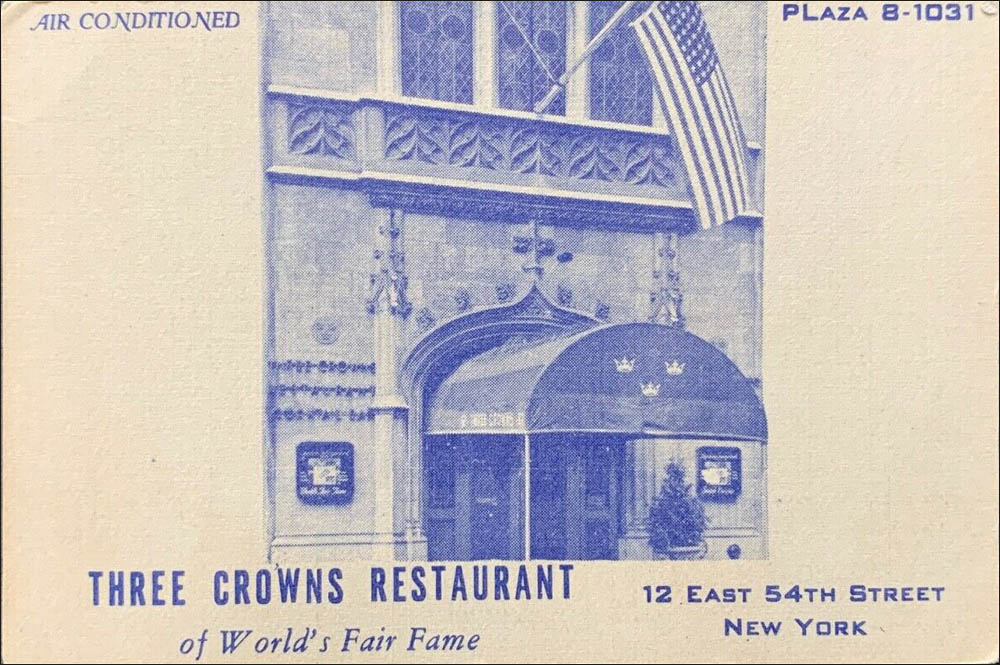 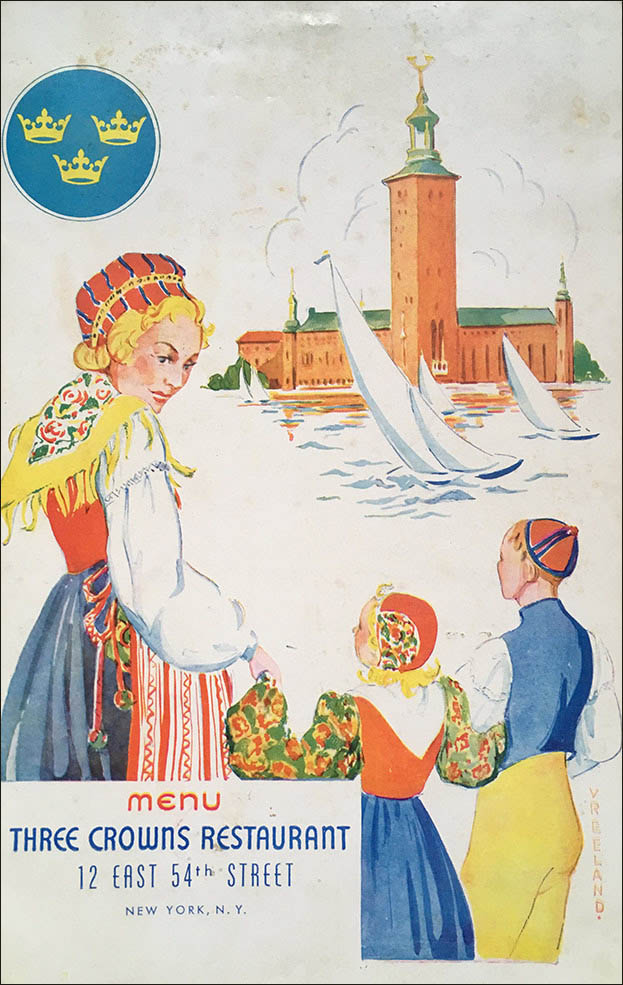 Menu from the Three Crowns Restaurant 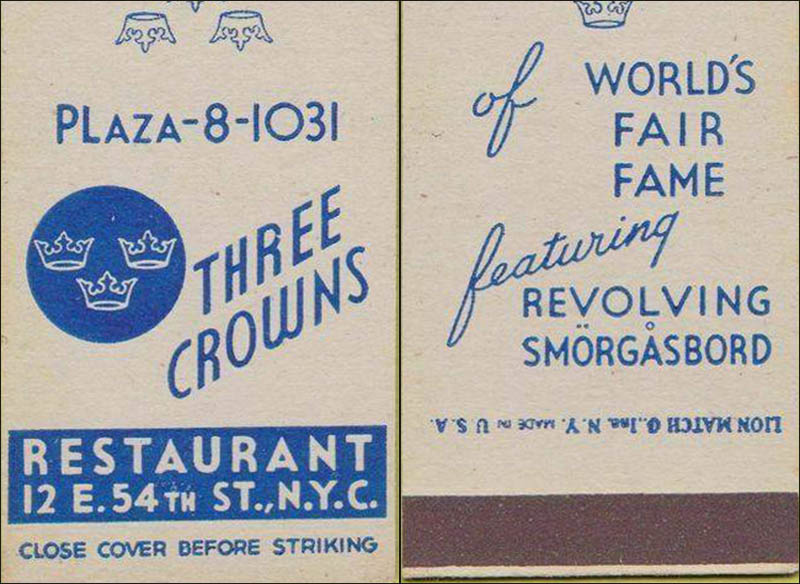 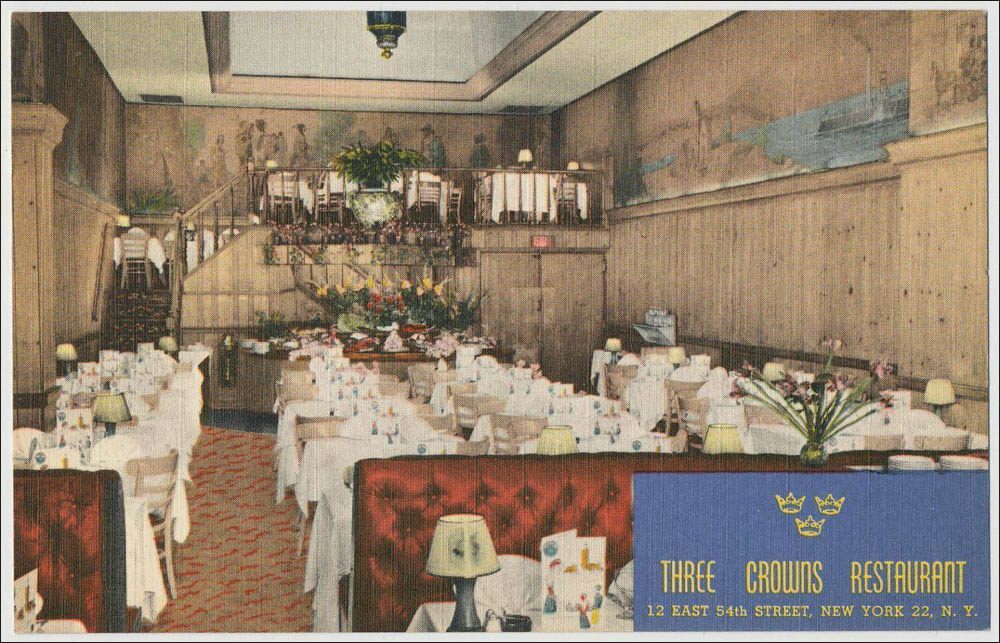 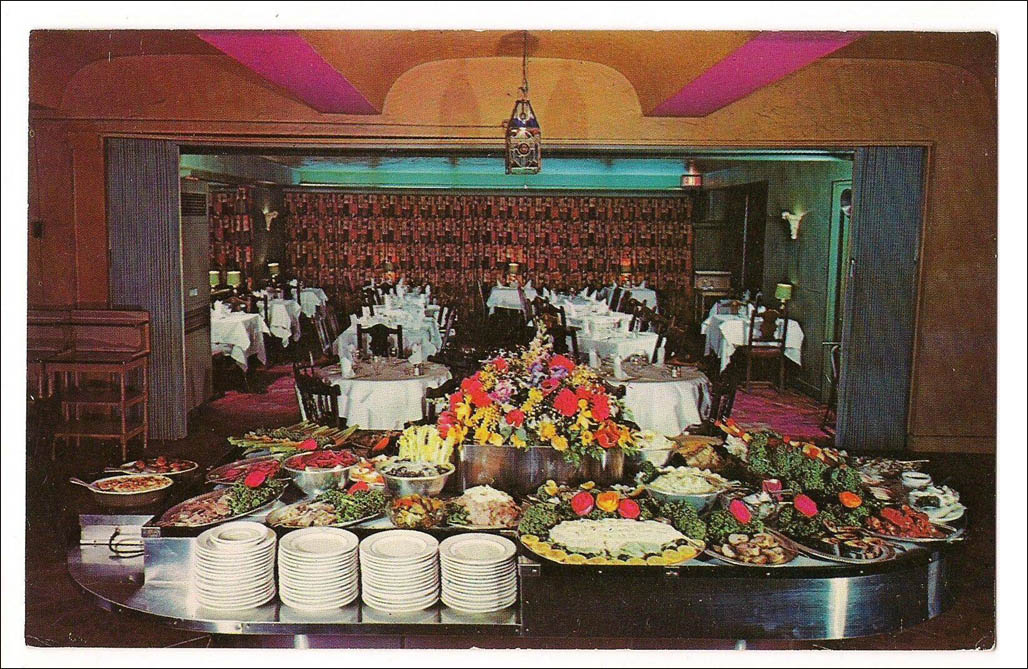 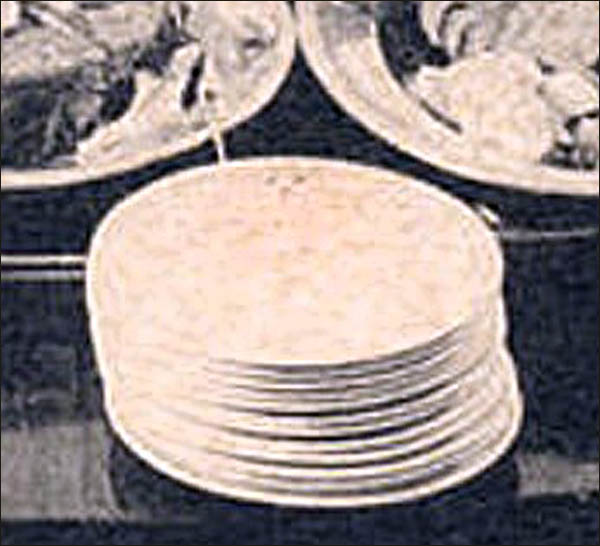 Notes: The Three Crowns Restaurant, located at 12 East 54th Street in New York City, was a Swedish Smorgasbord operated by John Perrson and Bror Munson. The partners had operated the restaurant in the Swedish Pavilion at the 1939 New York World's Fair.

According to a 1948 article by Robert W. Dana in Where to Eat in New York, he says [the restaurant] "has a beautiful dining room and bar, not too large, but nicely proportioned. They have a wonderful smorgasbord selection and many famous Swedish dishes all year round." It is not known when the restaurant actually opened or closed.

In the photos above, if you look closely at the stack of dishes used at the restaurant you can barely make out the logo on the top of the stack of plates.

White body creamer with a navy line around the middle. Above the line also in navy are three stacked crowns, two on top and one below in the middle of the two above.