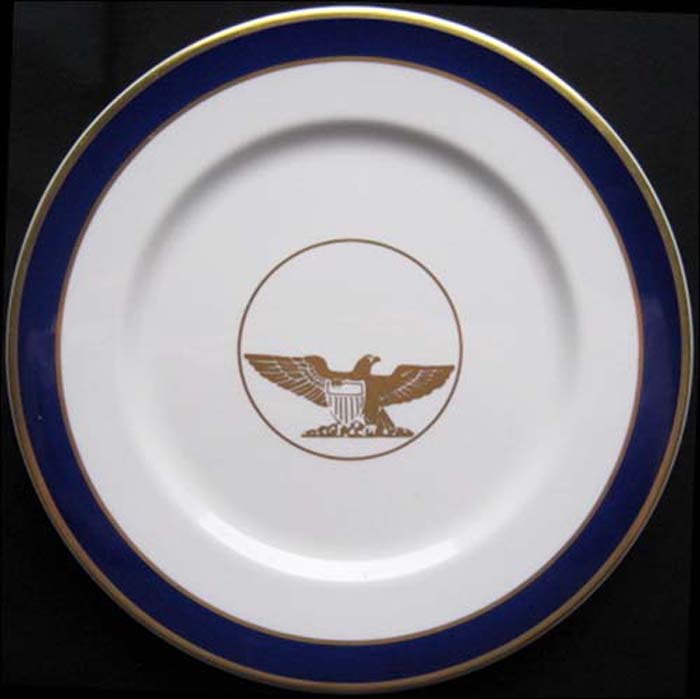 Notes: Sitting on a peninsula that juts into Carter Creek, The Tides Inn is located at 480 King Carter Drive in Irvington, Va.

"It began in the Spring of 1946, just after World War II, when construction started to transform the site earlier known as The Ashburn Farm. The expansive farm had been in the Ashburn family for over 150 years but was on its way to becoming something of a different caliber. The Tides Inn opened to the public on July 15th, 1947.

The Tides Inn soon established itself as the premier Small Hotel in the Mid-Atlantic. After three generations of Stephens' family stewardship, The Tides Inn was purchased by Enchantment Group. With extensive renovations catapulting the resort into a new era, the Tides Inn is now known as one of the Leading Hotels in the World.

White body, 10.5" service plate with an alternating coin gold band, cobalt blue band and coin gold band on the rim. Center-marked by a large circle with an opened-winged eagle holding a shield, all in coin gold.