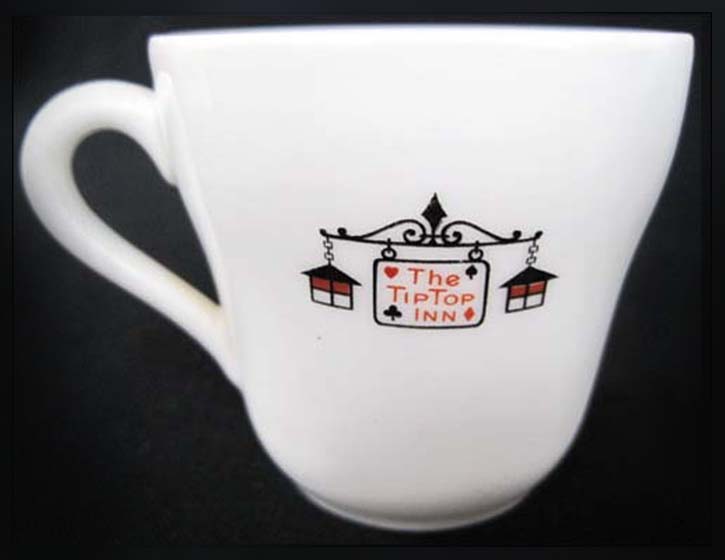 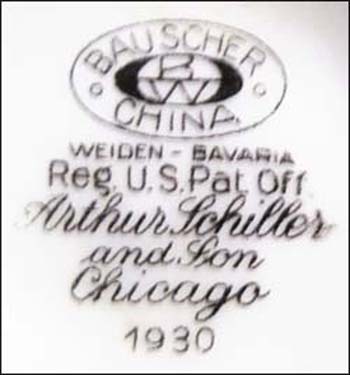 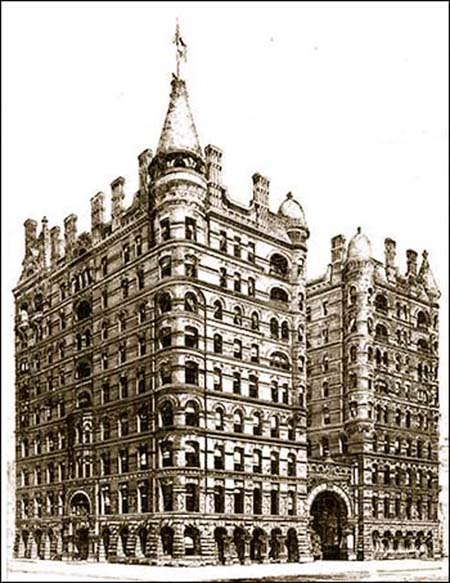 Notes: The Pullman building, which opened in 1884, was located on the corner of Adams and Michigan in Chicago, Ill. It was a large, ten-story building with turrets and a light well, designed by Solon Berman. There were shops on the first floor, the Pullman Offices, Army Headquarters of the Division of the Missouri, various offices, even residences.

For many years the Tip Top Inn occupied the top floors. Founded by Prussian born, Adolph Hieronymus, for over 30 years the Tip Top Inn was one of Chicago's great restaurants. The restaurant itself was divided into several dining rooms: The French Room, Nursery, Colonial Room, Charles Dickens Room, Flemish Room, Garden Room, and the Whist Room; each with their own special decoration. "In two of the rooms there is music from stringed orchestras. Service at the hands of polite colored waiters is perfection."

Here is what Wallace Rice wrote about the Tip Tip Inn in his chapter on Chicago hotels and restaurants, appearing in "Chicago and its Makers," by Paul Gilbert and Charles Lee Bryson: "Especially worthy of note because it has survived happily and prosperously into the living present (1930) is the Tip Top Inn, conducted for many years by Adolph Hieronymus on the uppermost floors of the Pullman Building. Originally known as the Albion Cafe, it was taken over in 1893 by its present proprietor, who was an apprentice under two of the greatest chefs the city has known, William Thomann, of the Tremont House, and Joseph Seil, of the Palmer House."

The Pullman Building was demolished in 1958.

White body demitasse cup topmarked with the Tip Top Inn logo, featuring a black wrought iron hanger with two lanterns in black and deep red, and a sign that says: The Tip Top Inn in red.