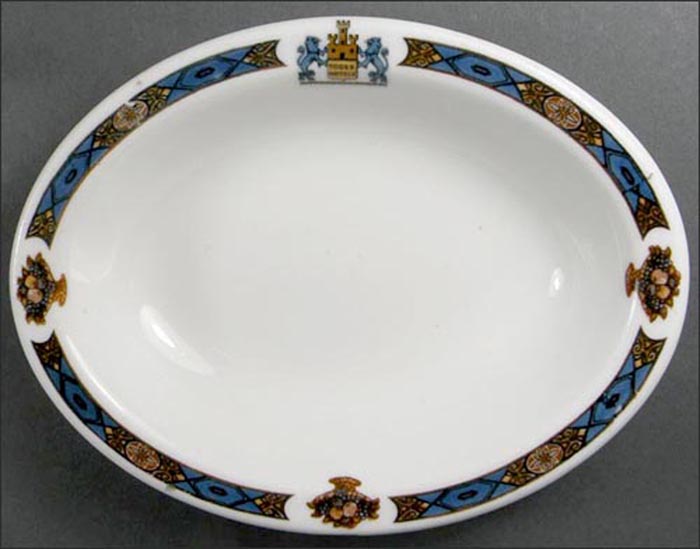 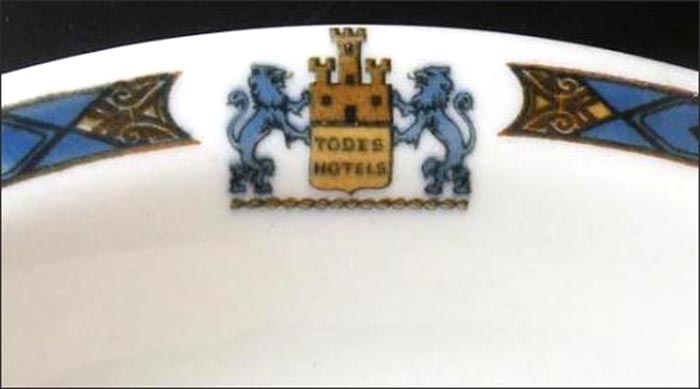 Lamberton China white body with a rust and blue border broken by urns of fruit. Topmarked with the Todes Hotels crest, consisting of two blue lions on either side of a castle.