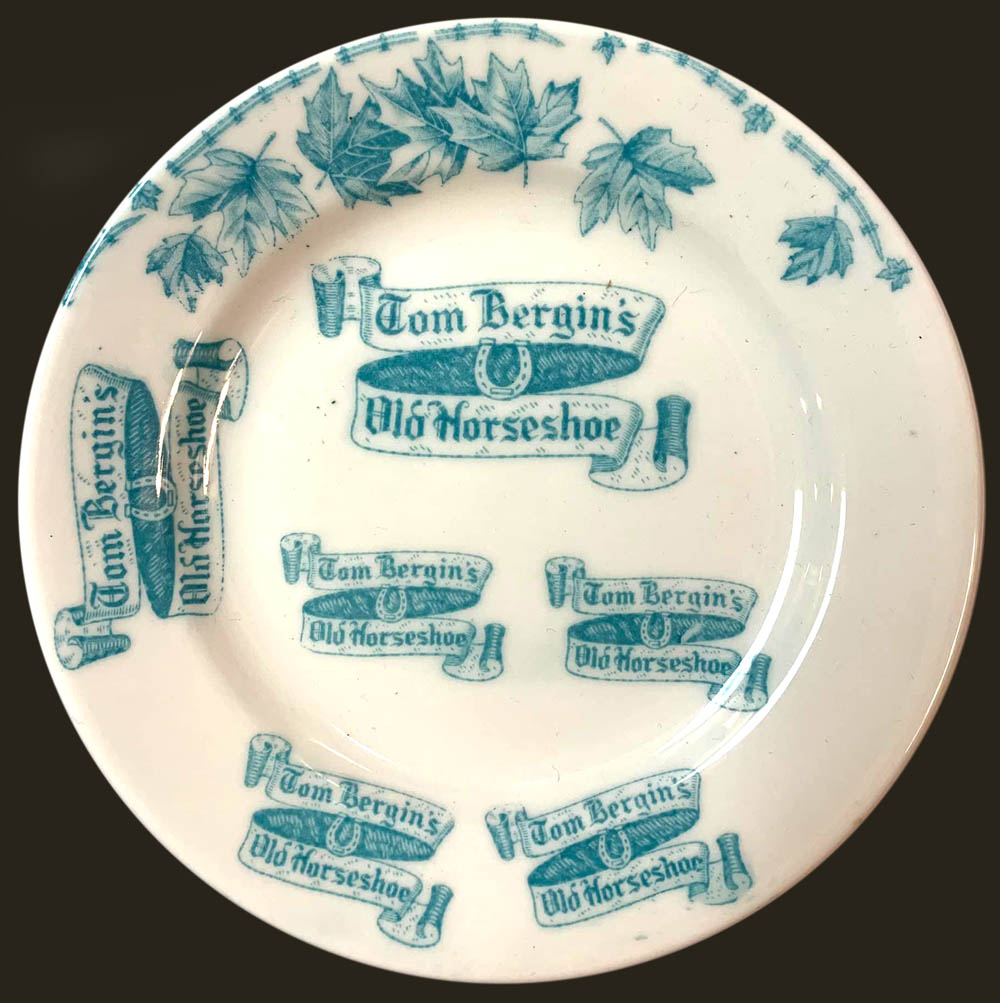 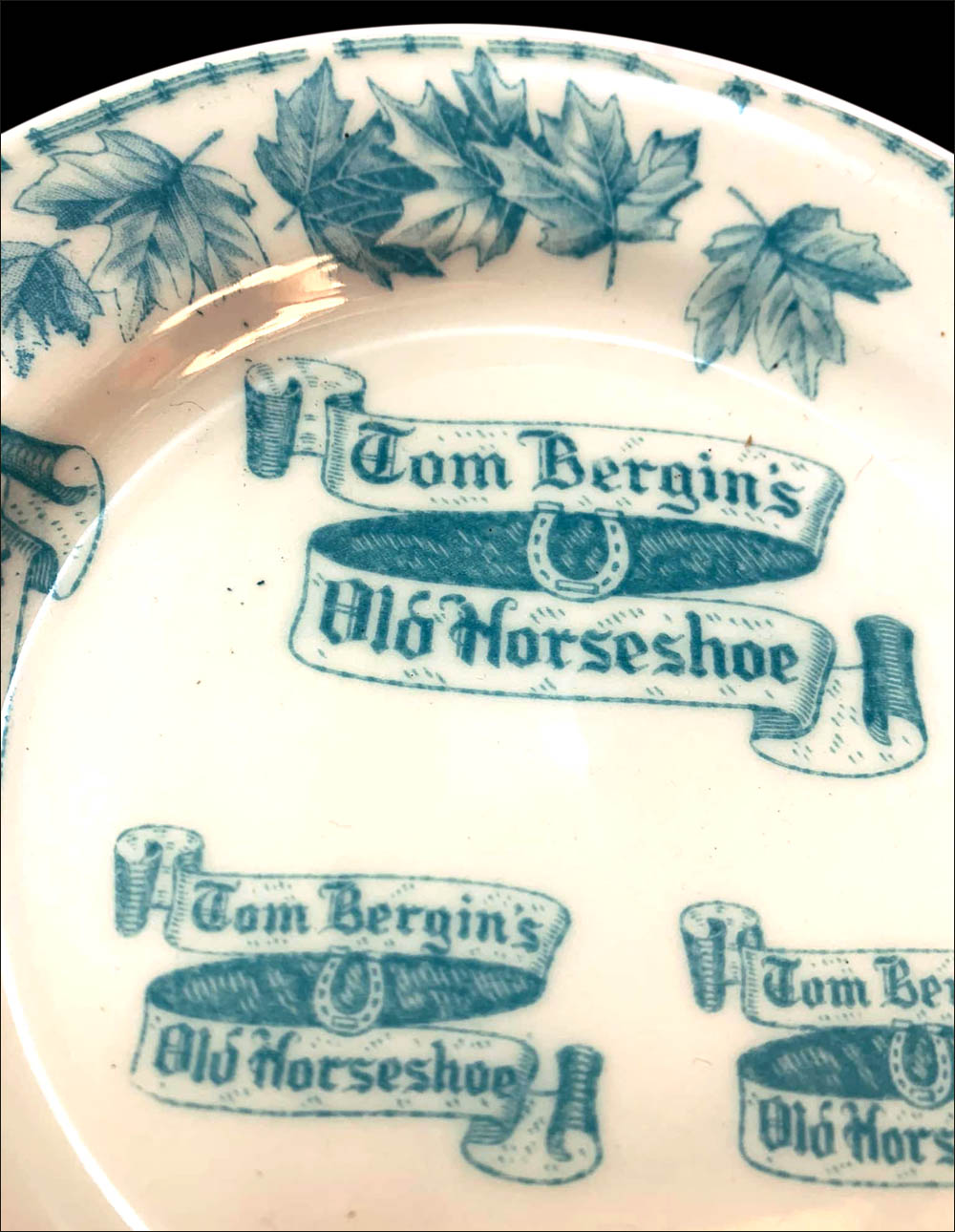 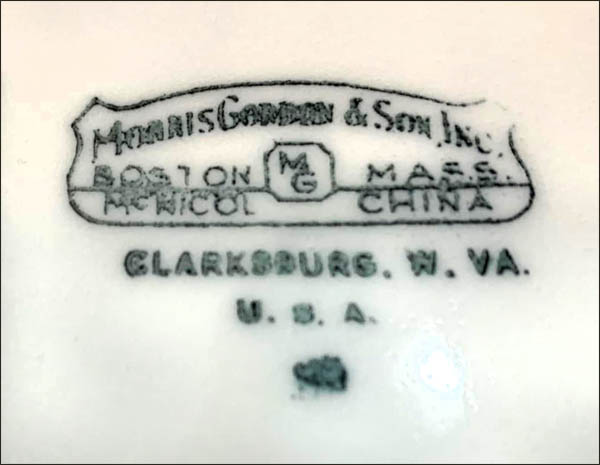 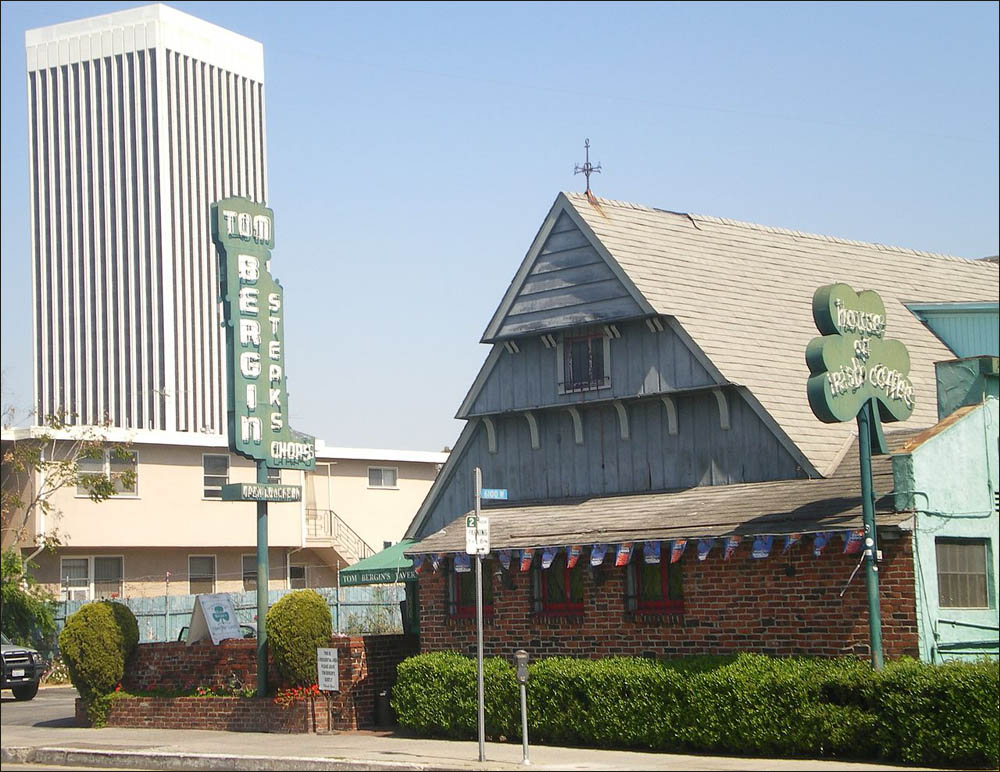 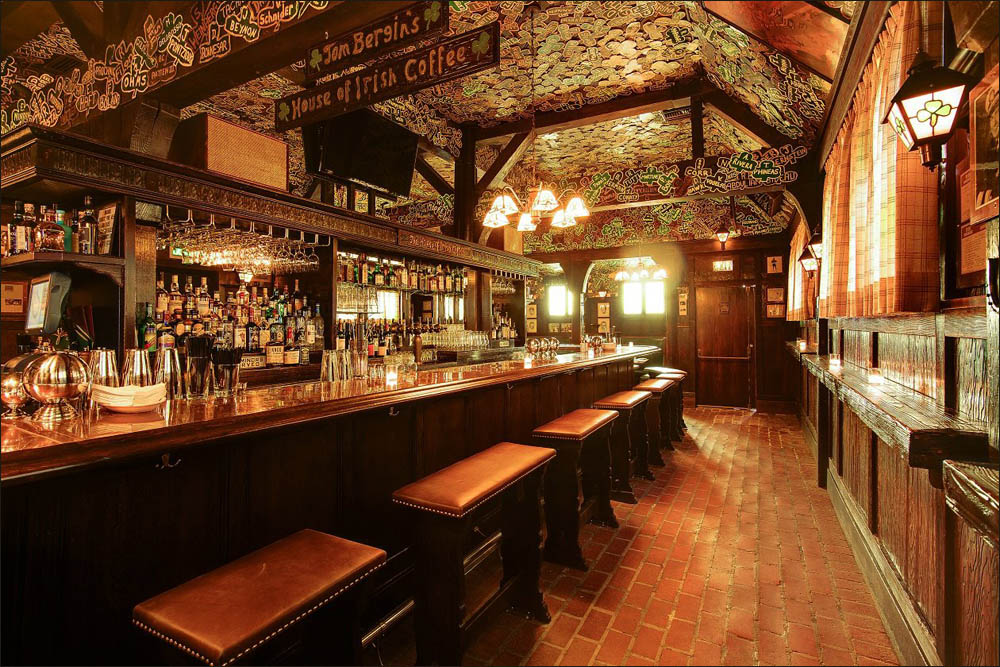 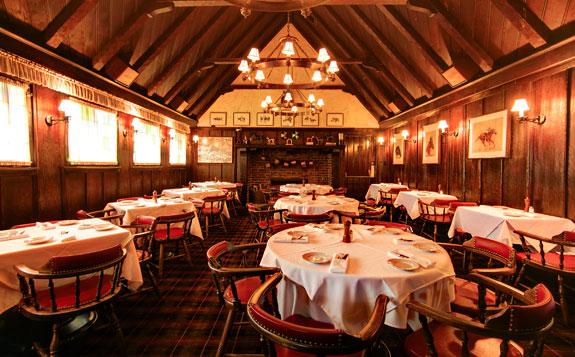 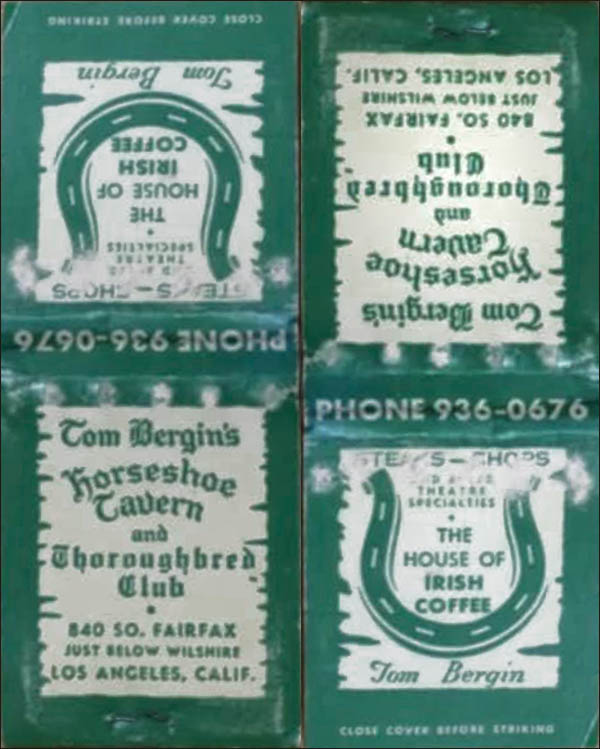 Notes: From Wikipedia, "Tom Bergin's Tavern is one of the oldest restaurant/bars in continuous operation in Los Angeles, California. Originally opened at 6110 Wilshire Boulevard in 1936 by lawyer Tom Bergin as The Old Horseshoe Tavern it has been at its current location at 840 South Fairfax Avenue, just south of Wilshire, since 1949. In previous years it has also been known as The Old Horseshoe Tavern and Kennel Club as well as Tom Bergin's Horseshoe Tavern and Thoroughbred Club. The restaurant and bar are considered by Angelenos as an institution.

"The tavern is known for its annual St. Patrick's Day celebration, [and] for its tradition of placing cardboard shamrocks on the walls and ceilings to memorialize the names of its favored customers. Among the famous names with shamrocks are Tommy Lasorda, Kiefer Sutherland, Ronald Reagan and Cary Grant.

"Tom Bergin's is also famous for its Irish coffee drink. Although the Buena Vista Cafe in San Francisco is generally credited with introducing the drink in the United States in 1952, Tom Bergin's claims to have been the originator have been disputed. A large, shamrock-shaped sign in front of Tom Bergin's reading "House of Irish Coffee" has been in place since the early 1950s (shown above}."

White body sample plate with a partial border design listed in the 1951 McNicol catalog as "Prints on white body #46." The logo for Tom Bergin's Old Horseshoe is shown in multiple sizes in the well and border of the plate. The logo consists of a looping ribbon outlined in teal green with Old English font lettering of the words "Tom Bergin's" over a horseshoe and the words "Old Horseshoe" below the horseshoe.