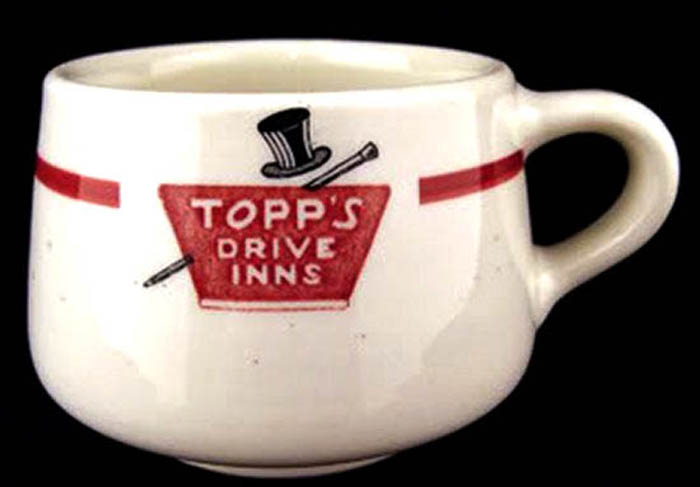 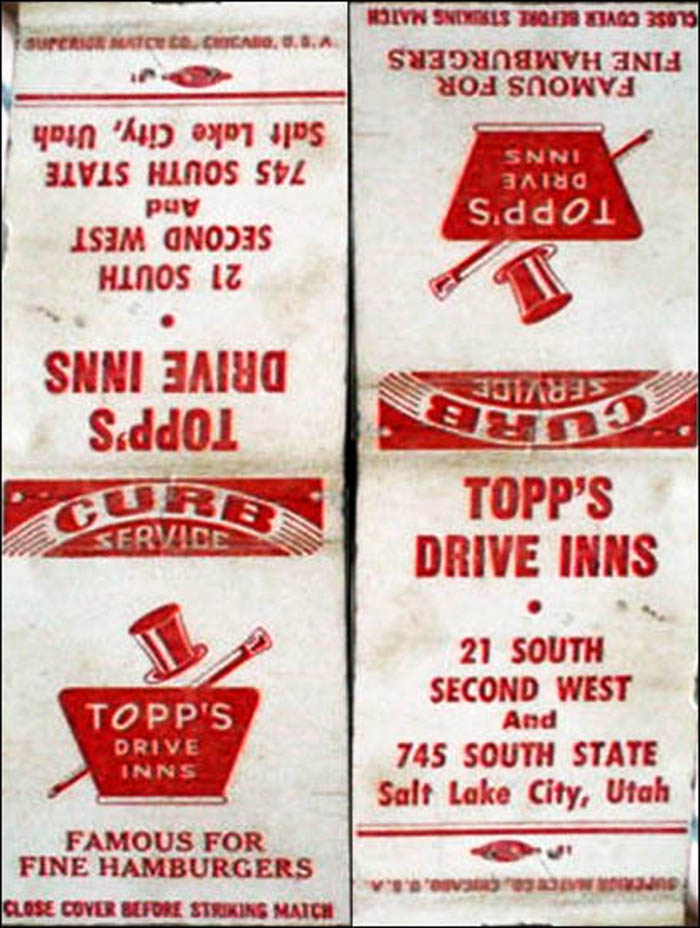 Notes: Three Topp's Drive Inns were located in downtown Salt Lake City, Utah, including ones at 21 South 2nd West, 745 South State, and 305 W. North Temple. The first mention found online of Topp's was in 1947; the last was in 1966. So it can be said that at least one of the restaurants was in business for around 20 years.

This red-on-white logo features what appears to be Topp's Drive Inns' signs: a top hat and a cane on a trapezoidal background.

Despite the similarity in name (and an apparently misspelled "help wanted" ad in the Deseret News), we find no connection between these Utah locations and the former Tops Drive Inns (famous for the double Sir Loiner burger) in the Washington, D.C. area.