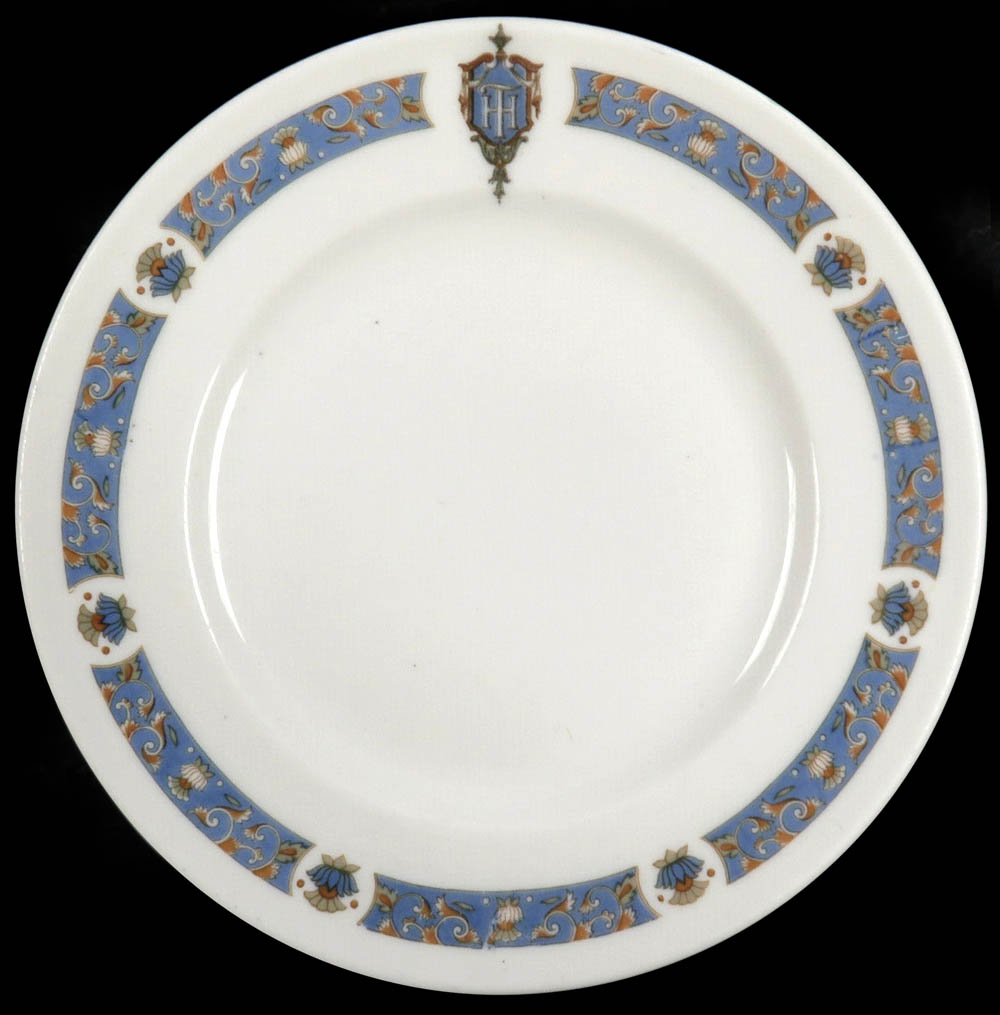 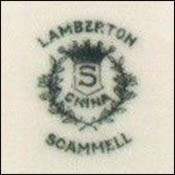 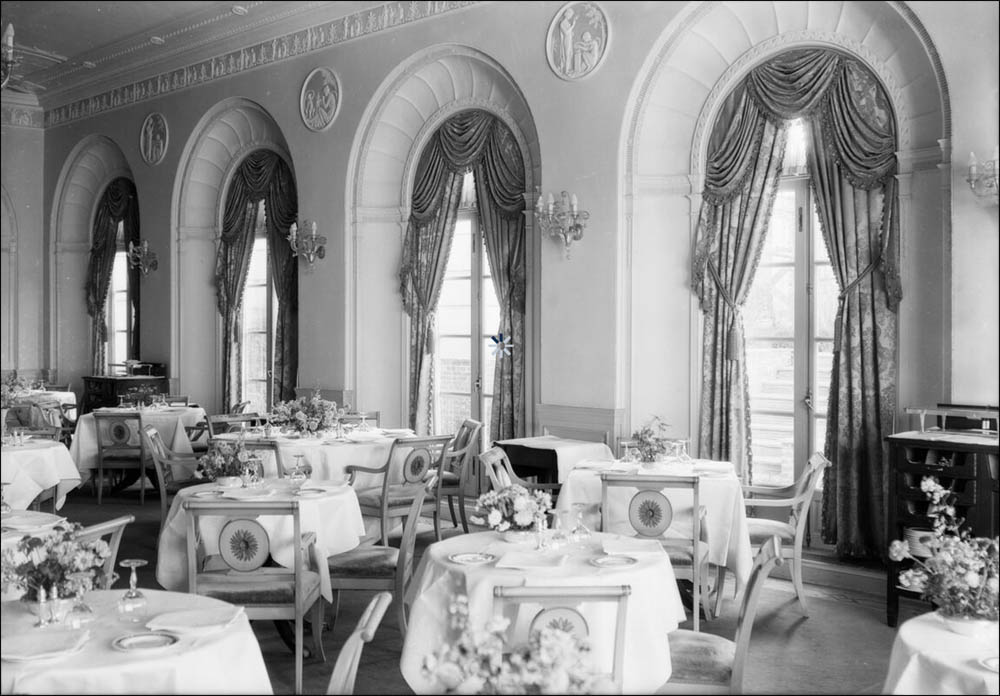 1929 photograph of the Dining Room at the Town House Hotel 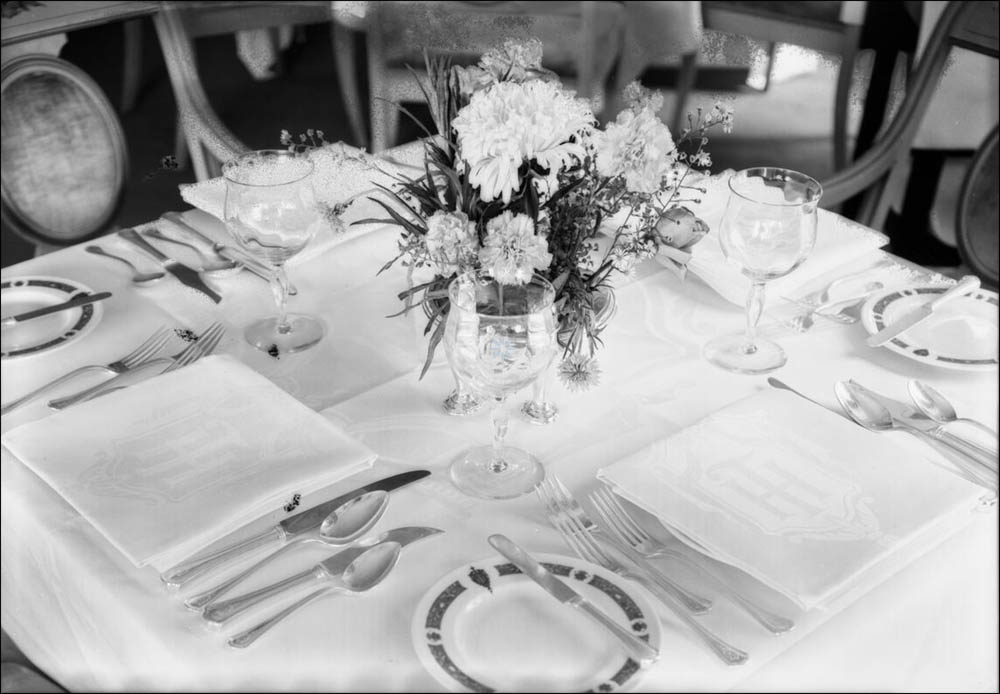 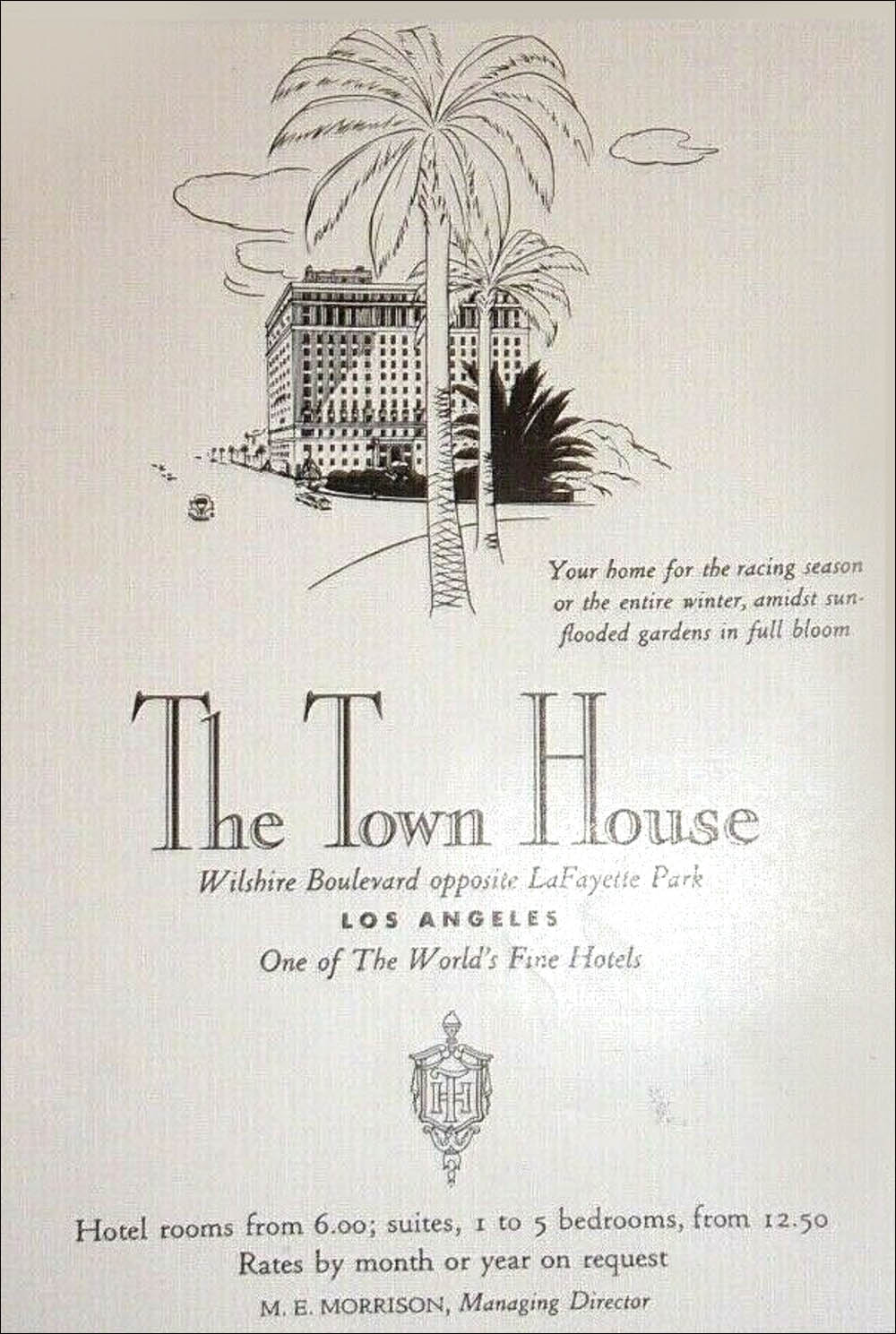 Notes: The 14-story Town House, at 2961 Wilshire Blvd. in Los Angles, California, opened September 10, 1929, as an apartment house with 140 apartments. The Town House was advertised as "Southern California's most distinguished address" It provided luxurious apartment living. The Wedgwood dining room had a capacity of 400 and the Queen Anne ballroom seated 300. There were four smaller dining rooms. Apartment residents could order meals from the restaurant kitchen and have them served in their apartment. There was a chef's pantry on each floor with a staff that could deliver steaming chafing dishes on wheeled carts.

By 1936, the Great Depression forced the Town House to reinvent itself as an upscale hotel, with single rooms available at $6.00 per night. It became a Hilton hotel in 1942. From 1955, until it closed in 1993, the Town House was a Sheraton hotel. In 1993, it was converted into 142 units of affordable housing.

Scammell made the Lamberton China service that is crested with the Town House's interlocking "TH" monogram on a blue background within a frame. The crest is placed between decal border panels of pattern #8074. Photographs taken of the Wedgwood dining room in 1929, show this pattern on the tables.