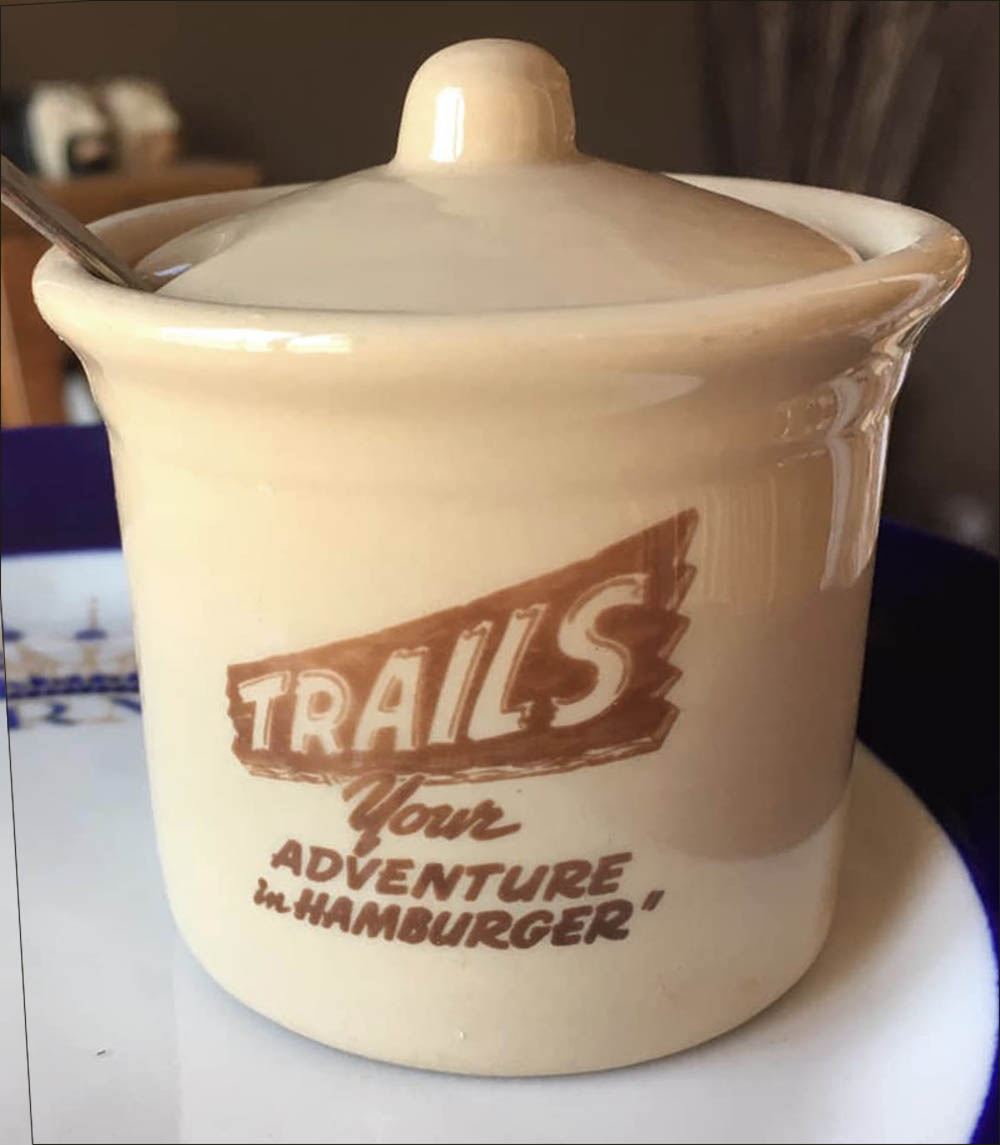 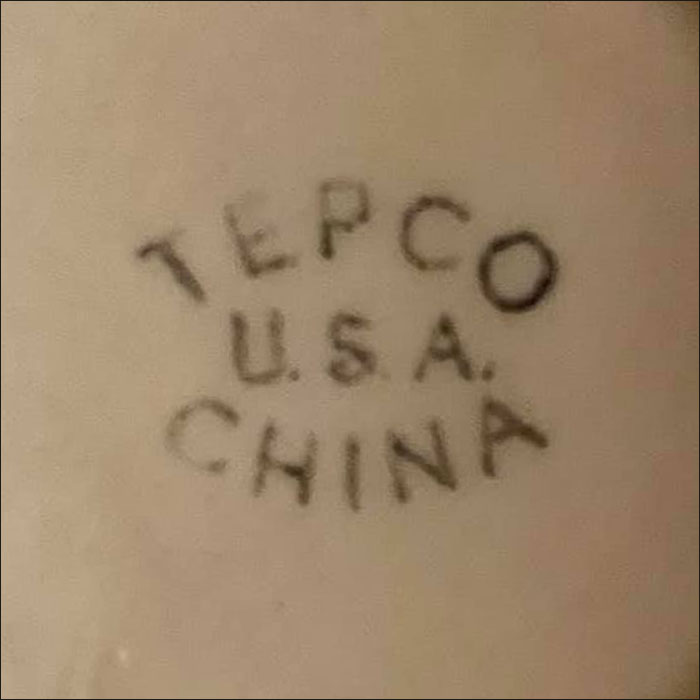 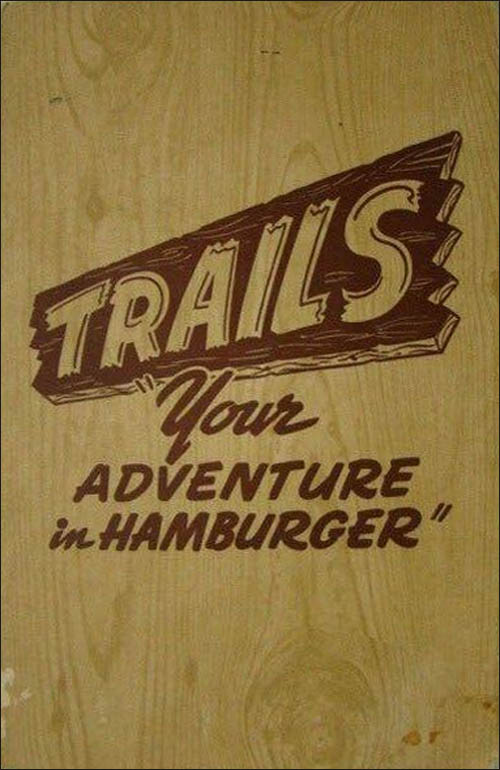 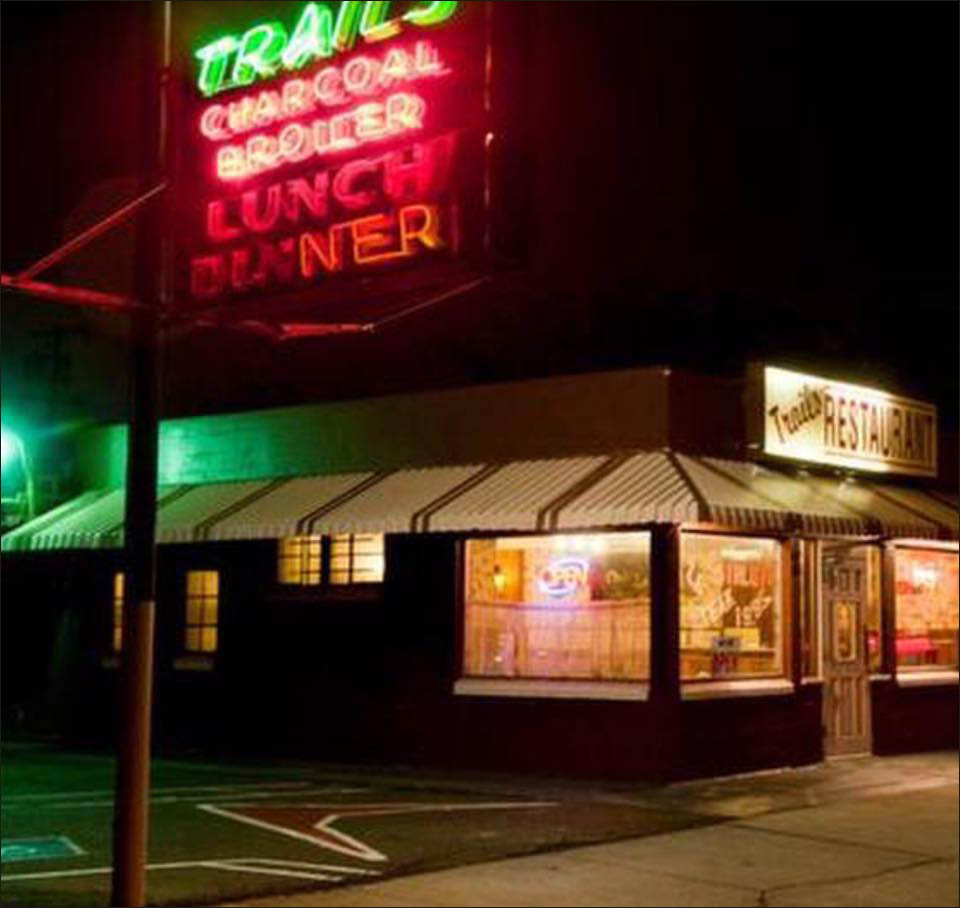 Photograph of Trails at Night 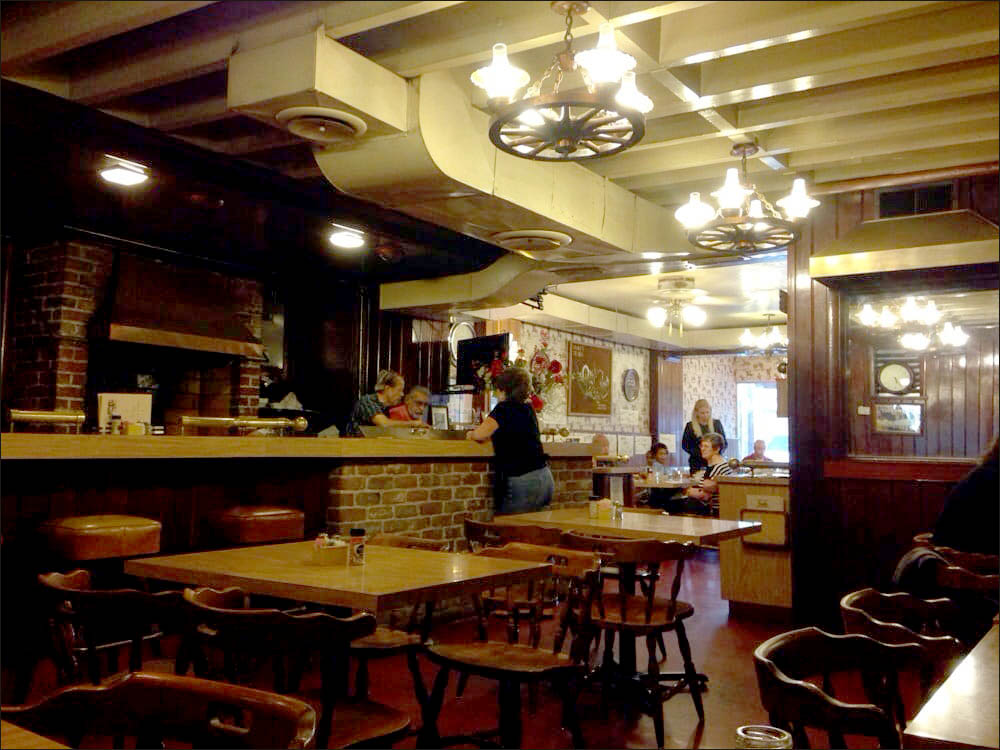 Notes: There were two Trails restaurants opened in Sacramento, California, in the mid-1950s by a company owned/run by Esther Williams and her husband, Ben Gage. The restaurants didn't do very well and they went into receivership and within a couple of years had been sold off to new owners.

Both restaurants were purchased for $10,000 in 1954, by Sacramento auto dealer Al Nahas for his wife Myrle to operate. The original location was at 2530 21st Street and the second at 1309 Fulton Avenue.

Myrle worked at both locations of the restaurant, but she later discovered that the Fulton Avenue site was not profitable and as a result, this restaurant was sold and eventually opened as Hegland's Charcoal Broiler.

The 21st Street location proved to be very successful. Myrle would greet her customers with a menu, hot coffee and her friendly smile, as customer service, as well as quality food, were essential priorities at the restaurant, which served its food on decorative dishes with country-themed scenes and wooden planks.

On Oct. 9, 1979, Trails restaurant was sold to Gin Wong, who continued to operate it until September of 2014, when it closed permanently.

Tan body mustard pot with the restaurant's logo on the side. The logo consists of a rough wooden plank with sawtooth ends with the word "Trails" in all caps. The plank is at a slight angle. Underneath the plank are the stacked words – "Your" followed by "Adventure" followed by "in Hamburger."