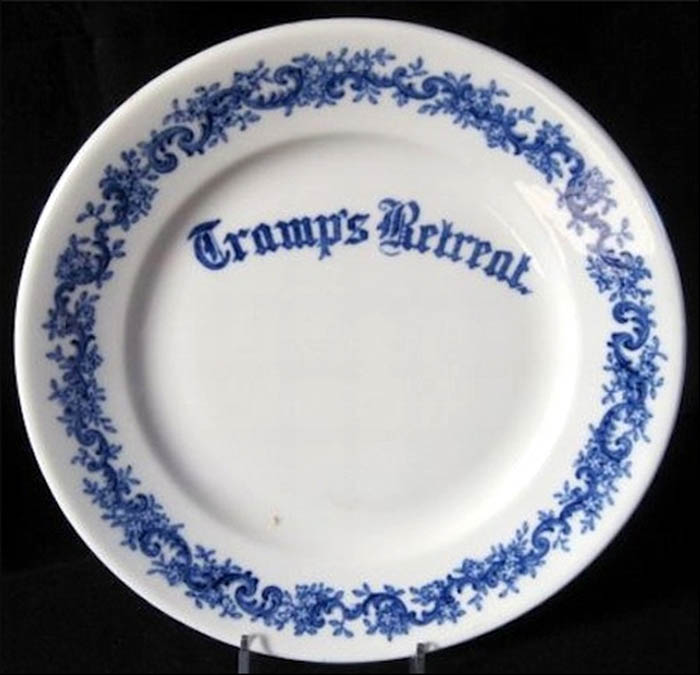 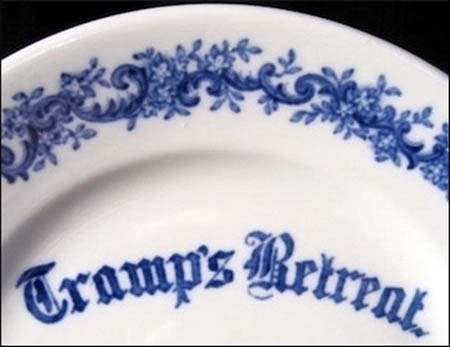 According to author Susan Thomas Smeby, world-traveler Howlett "…furnished the interior with curios, animal trophies, and traps of all sizes. The camp grew into an impressive establishment with a six-bedroom main camp, large dock and boathouse, icehouse, woodshed, pump house, springhouse, chicken coop, dove cote, and guide house. It was fully staffed with cooks, handymen, servants, and guides. Tramps Retreat was sold to the Moore family in 1916. It was destroyed by lightning and fire in April 1957. Descendants of the family still own the property and surviving outbuildings."

White body 9" deep plate. All decoration is blue. Wide band of scrolls and flowers on rim. Tramp's Retreat in well of plate.