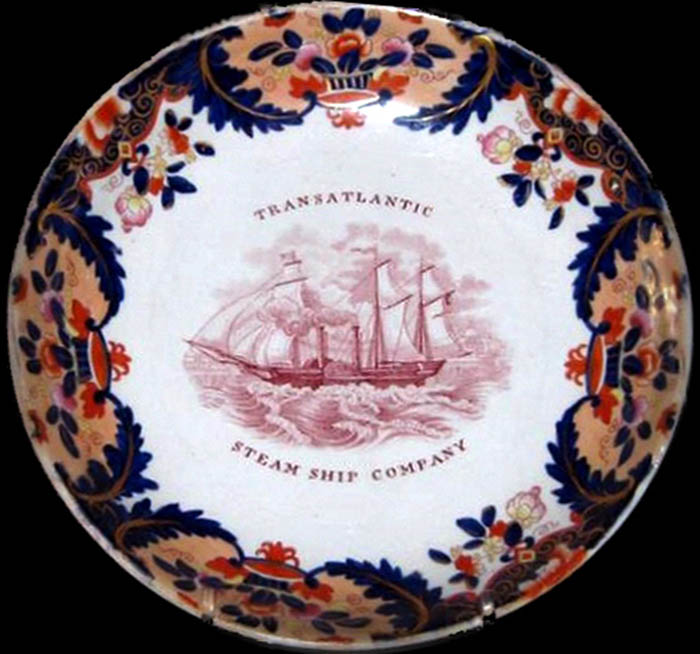 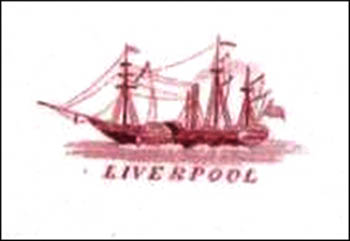 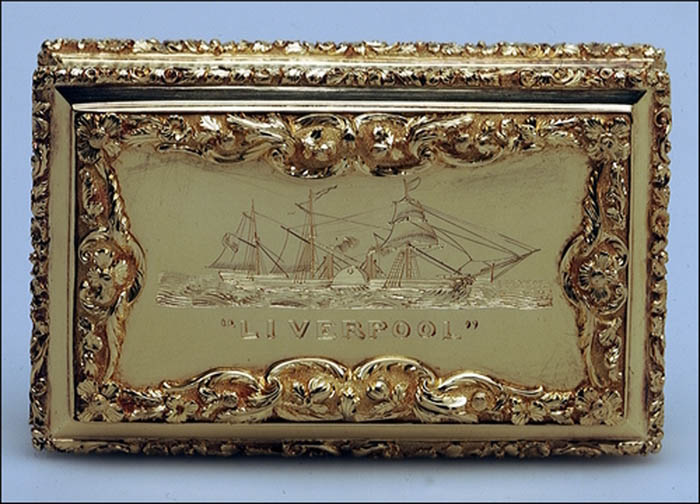 Notes: The Liverpool was built for Sir John Tobin in 1838 by the Humble and Milcrest shipyard of Liverpool, England. Weighing 1,150 tons with 468 horse-power, the ship was built expressly for the Atlantic trade, outfitted with luxurious fittings for seventy or eighty first-class passengers.

On October 20, 1838, the Liverpool attempted its maiden voyage, but had to return to Queenstown on October 30th, setting out again on November 6th, finally reaching New York on November 23rd. The Liverpool was the second passenger steamship to cross the Atlantic from Liverpool, averaging 17 days out and 15 days at home.

After seven Atlantic crossings, all financial losses, the Transatlantic Steam Ship Company ceased business in late 1839 and sold the Liverpool to the Peninsular and Oriental Company. It was renamed the "Great Liverpool" in 1840, but later was wrecked off Cape Finisterre in February 1846.