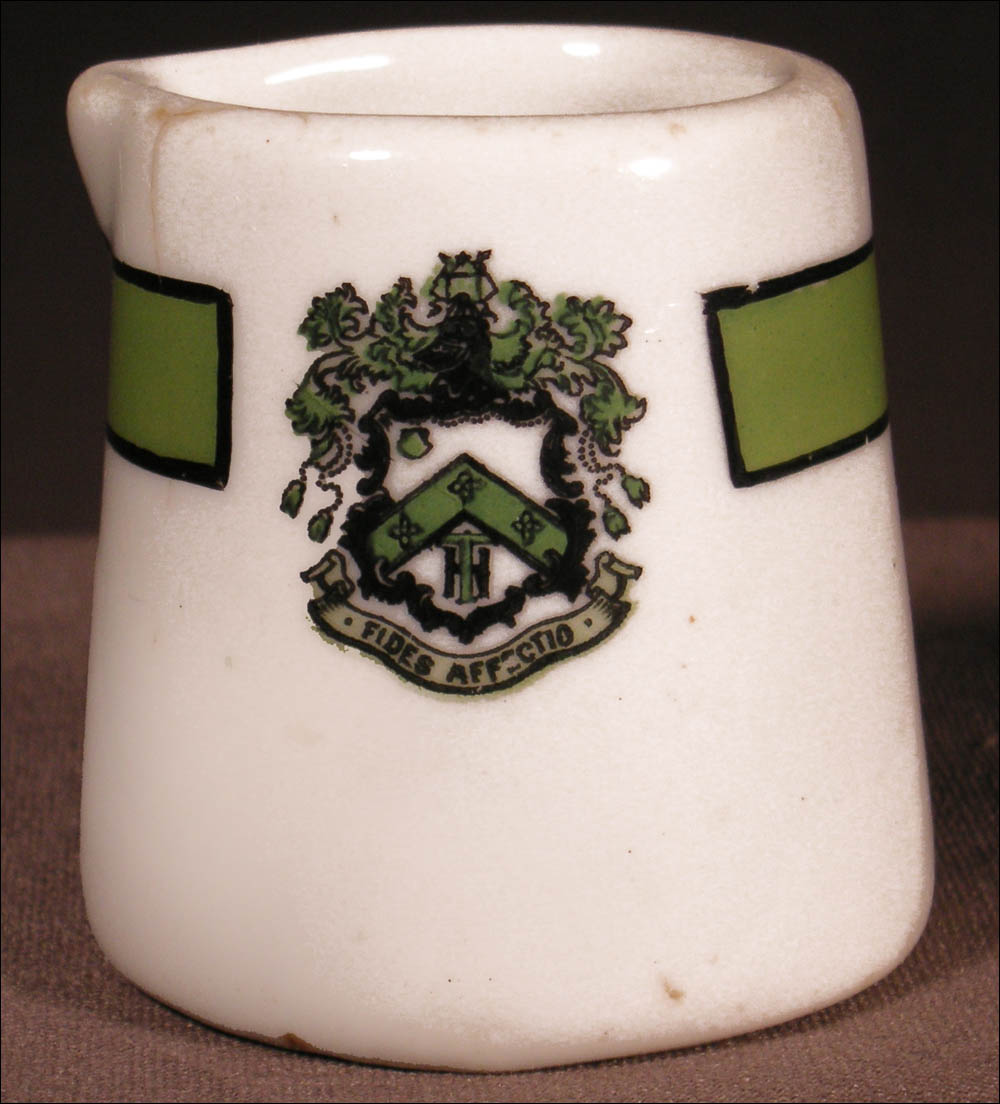 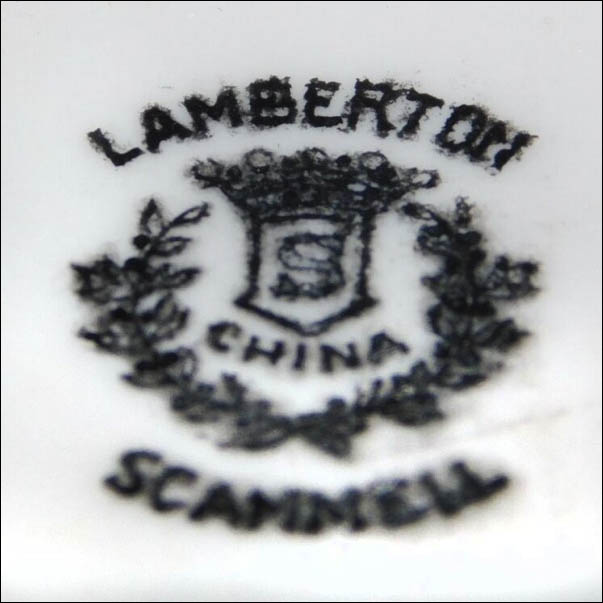 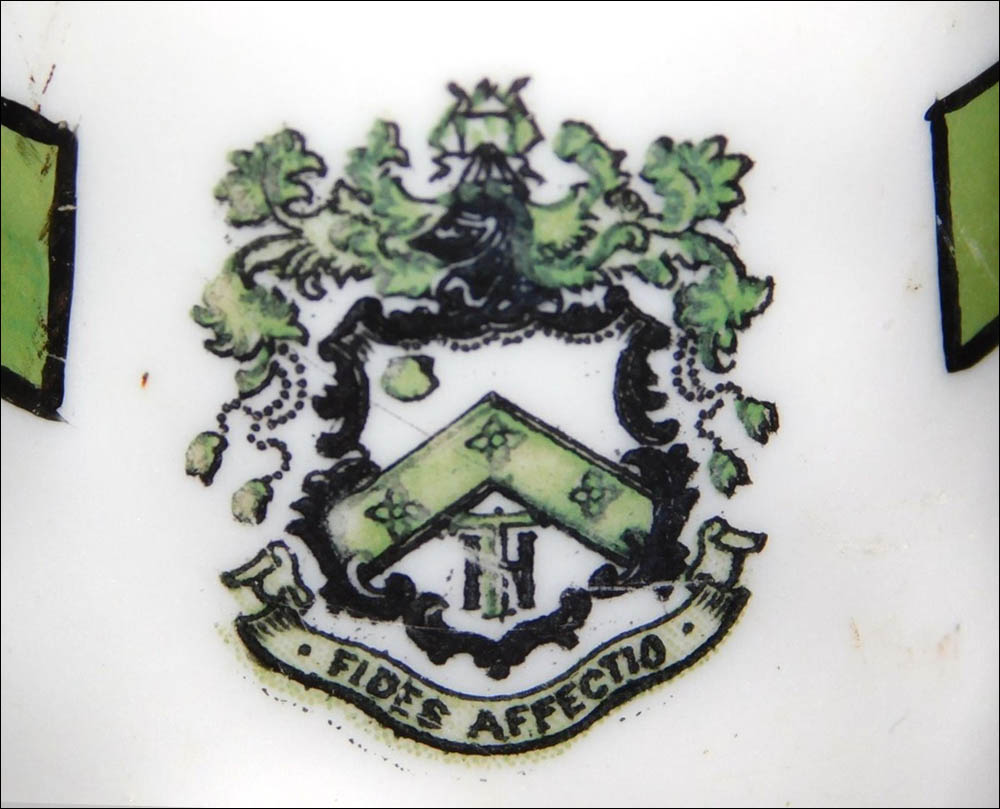 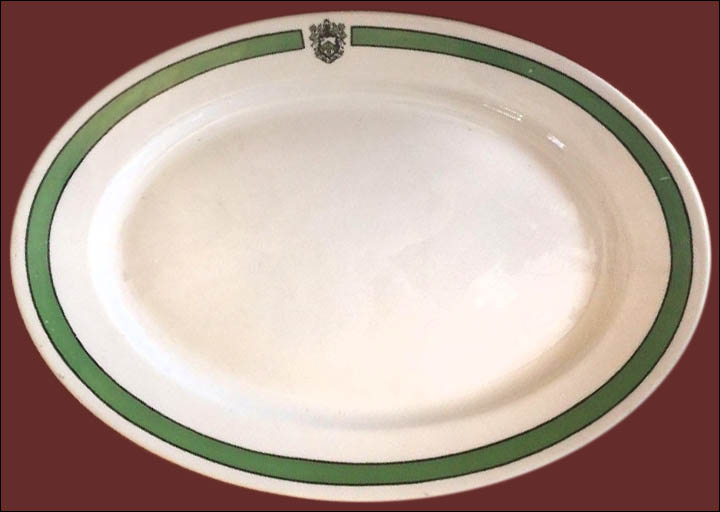 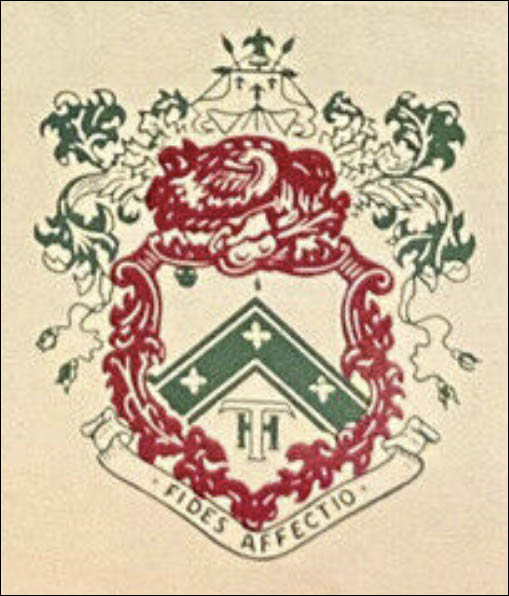 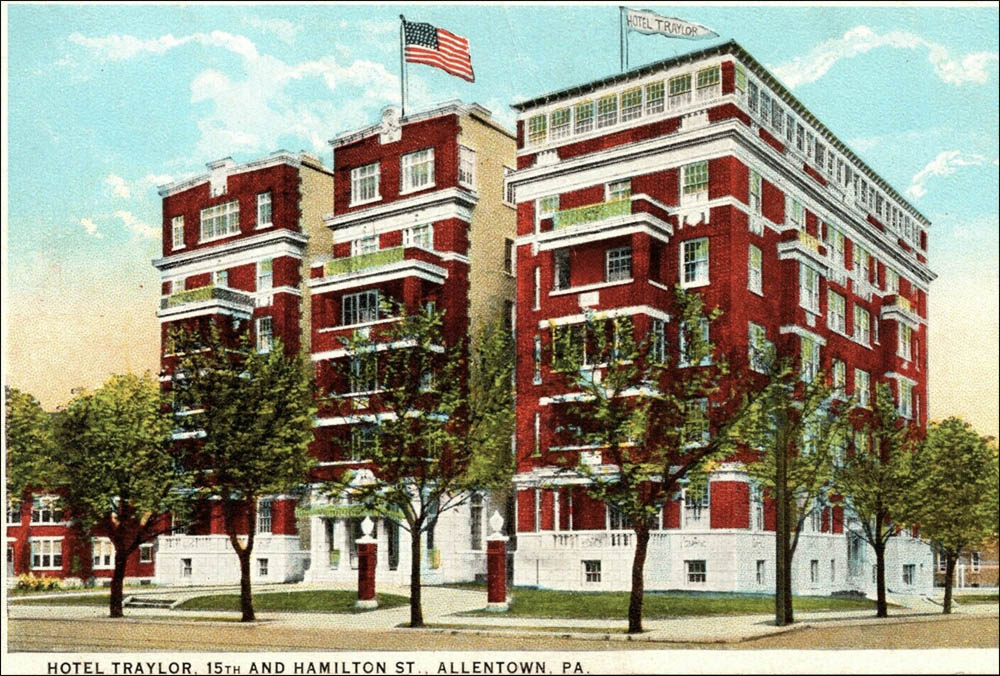 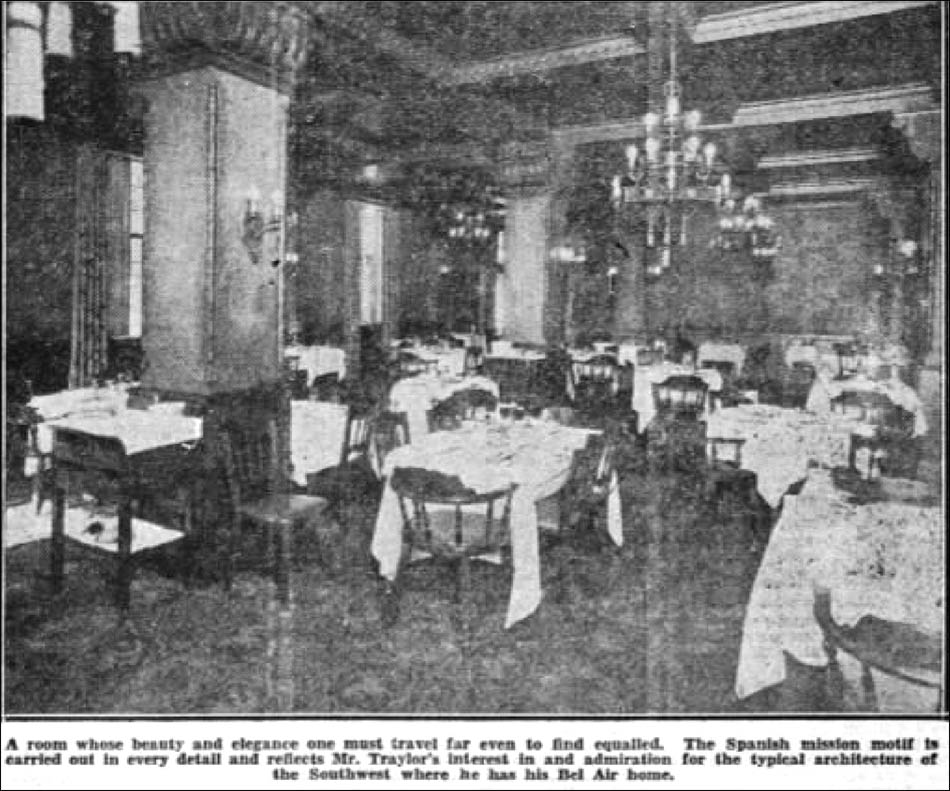 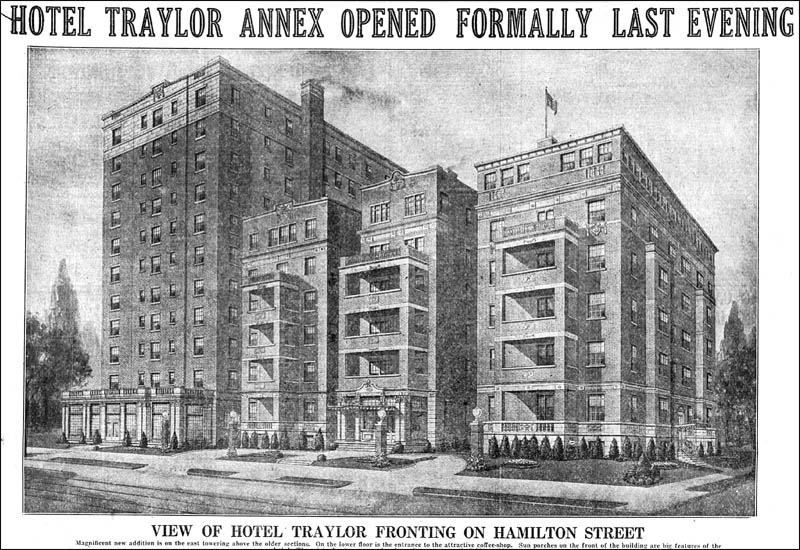 Notes: Allentown industrialist Samuel W. Traylor Sr. built the Traylor Hotel on the corner of 15th and Hamilton Streets. When it opened on September 1, 1917, it was a six-story building. In 1929, an 11-story addition made it a 228-room hotel with 175 baths. The dining room was decorated in a Spanish mission theme that reflected Traylor's interest in the American Southwest.  In the early 2000s, the Traylor was renovated and restored. As of 2023, the Traylor Hotel is still in operation.

Scammell made Lamberton China crested with the Traylor shield logo in black and green. A wide green band outlined in black flanks the crest.