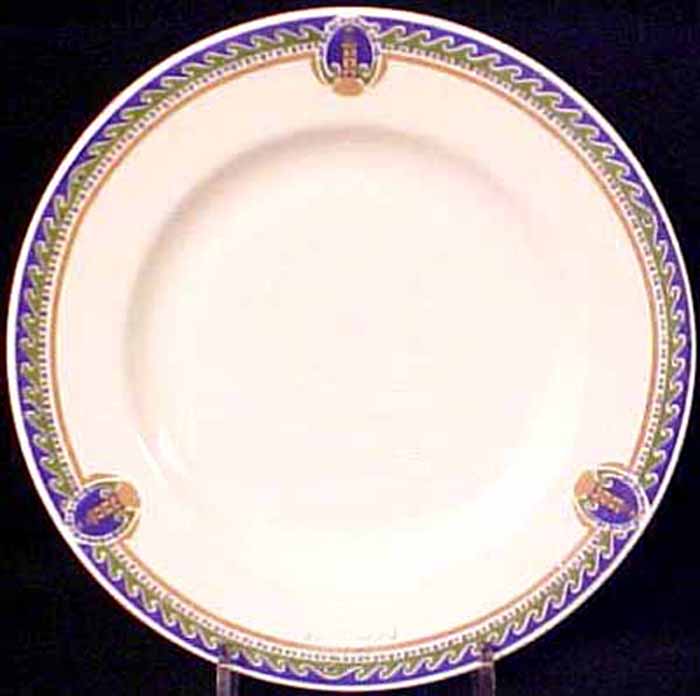 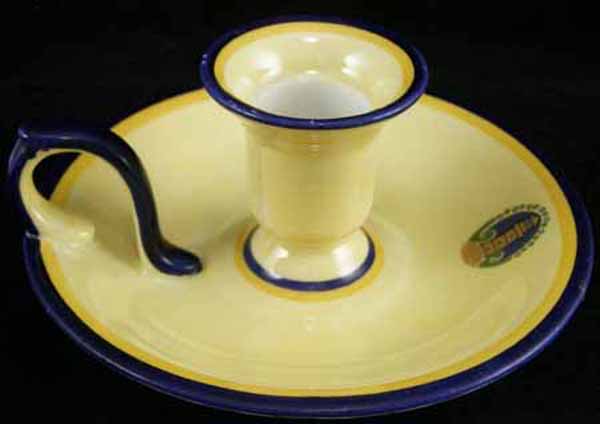 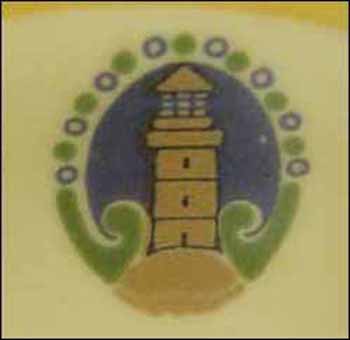 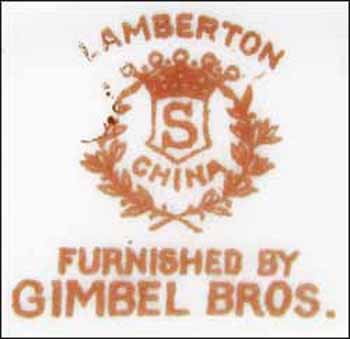 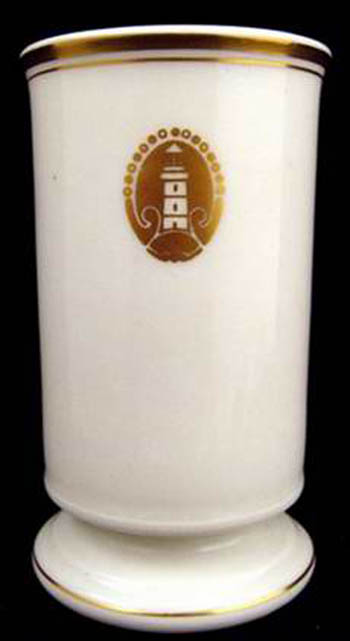 This shape is called a Brush Holder in a 1934 Lamberton catalog. It could have been intended as a flower vase or a toothbrush holder. It dates to circa 1928-1930s 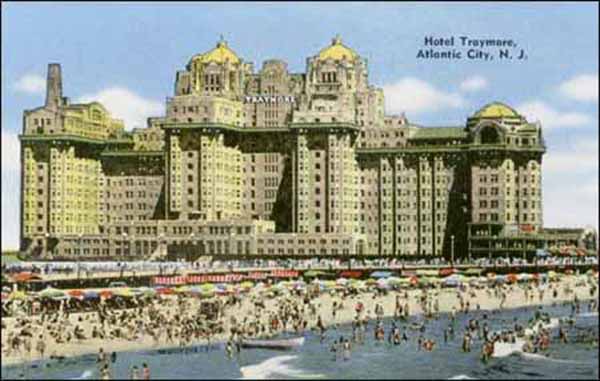 Notes: The Traymore, Atlantic City, N.J., began as a beachfront 10-room boarding house in 1879. On January 10, 1884, a fierce winter storm reduced the house to splinters. The Traymore was quickly rebuilt and enlarged until in 1898 it was the city's largest hotel with 450 rooms. The hotel continued to grow, and in 1906 another tower was added to bring the hotel up to the Boardwalk.

In 1914, the owner Daniel White contracted to have the old wooden building replaced with a massive concrete structure. Construction commenced right after Labor Day, and the hotel opened in time for the June 1915 season.

The hotel continued to prosper and eventually ended up with 600 rooms, but with the decline of Atlantic City in the 1960s, so did the Traymore. By the early 1970s, the hotel was defunct and scheduled for demolition. To this day, the once-famous Atlantic City hotel holds the Guinness World Record for the largest controlled demolition (nearly 6.5 million cubic feet) ever demolished (though not the tallest structure). The opening scenes of "Atlantic City" with Burt Lancaster and Susan Sarandon show the demolition of this grand old lady of Atlantic City!

Whether gilded or in shades of blue and green or in yellow, the Traymore's china seemed to consistently carry the oval topmark as seen in three examples on this page with a central lighthouse with waves crashing on either side.