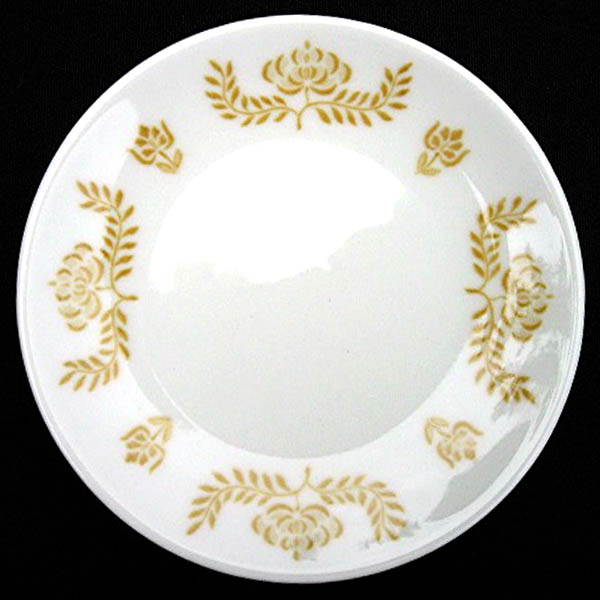 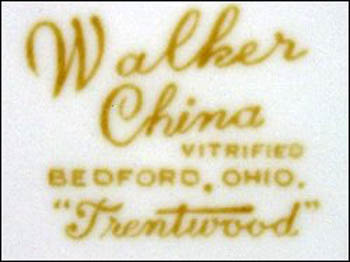 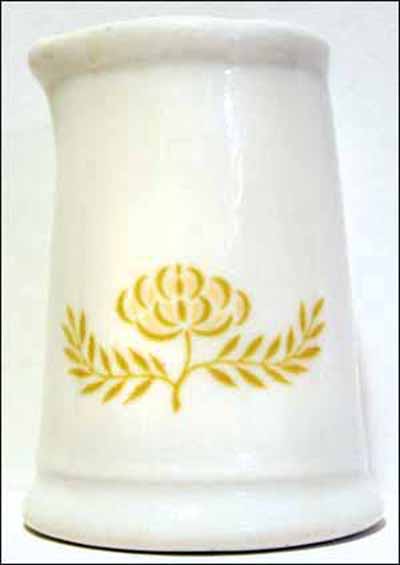 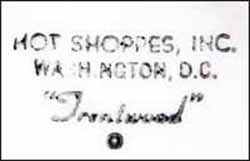 Notes: This is a relatively common pattern with a monoprint gold stylized flower and leaves on an ivory background. It is found with either the Hot Shoppes Inc. backstamp or the Marriott, but very seldom with the manufacturer's name.

From the wikipedia: "Marriott Corporation was a hospitality company that operated from 1927- 1993, founded originally by J. Willard Marriott as Hot Shoppes Inc." … Marriott "started the company in 1927, when he operated a curbside food stand selling A&W Root Beer in the Columbia Heights neighborhood of Washington." … "He would later rename the food stand The Hot Shoppe, adding Mexican food items to the menu."

What would become the Hot Shoppes chain was incorporated in 1929 and introduced curb service for the first time. It added a cafeteria at McLean Gardens in the District of Columbia in 1945. Its corporate name was changed to Marriott Corp. in 1967.