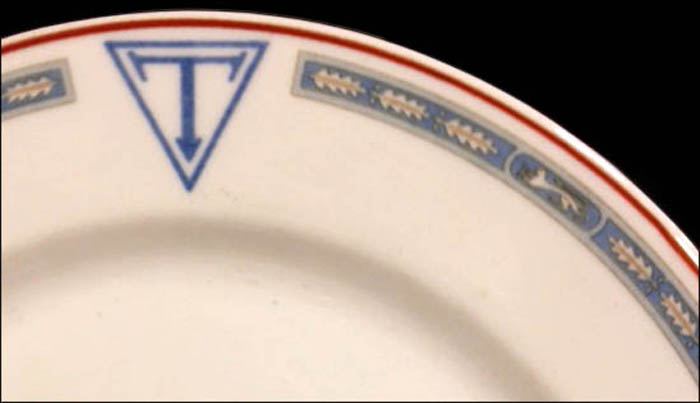 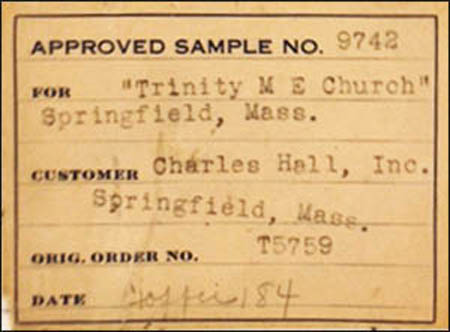 Notes: Located at 361 Summer Ave., in Springfield, Mass., in 1922, Grace Church merged with Trinity Methodist Episcopal Church (which had been formed back in 1869 when a church on Bridge Street was built). In 1923, Community House, the first section of the present church, was completed and dedicated.

The Grace Chapel section was completed in 1928, and the final section, the sanctuary and carillon tower, was dedicated in 1929.

In 1968, the church was renamed Trinity United Methodist Church, which is (2015) its present name.

Because Community House was designed "as a Community Cathedral" for meetings, education, recreation and worship, this china was probably produced when that section was built.

Crested with inverted blue triangle containing upper case T with arrow shape serif on center stroke. The #70501 Mistic border has a seal brown rim line. (In looking at old Syracuse catalogs and backstamps, it is clear that Syracuse used the spelling Mistic and Mystic interchangeably. We are giving preference to the Mistic spelling because that is the one adopted by the authors of the leading books on railroad china and therefore the one now more often used.)

This production sample plate #T5759 is located at Fishs Eddy in New York.