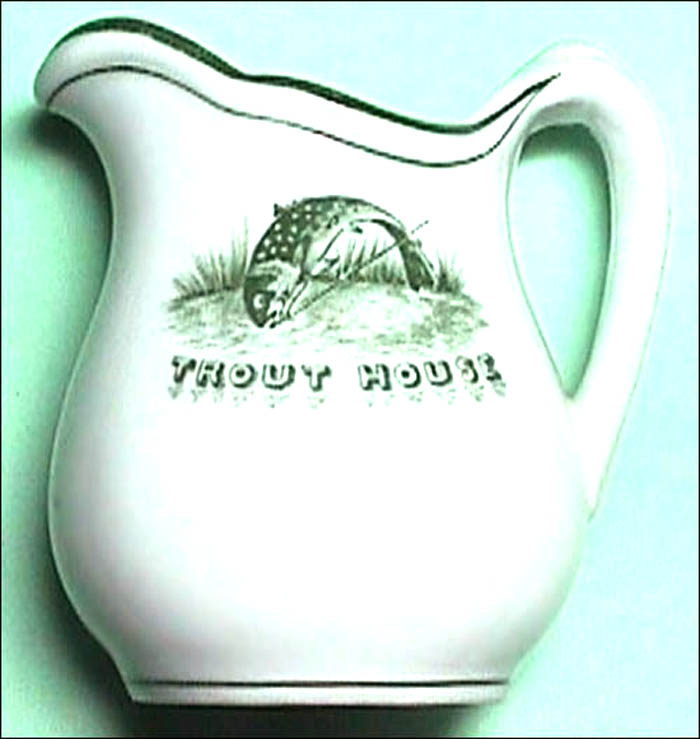 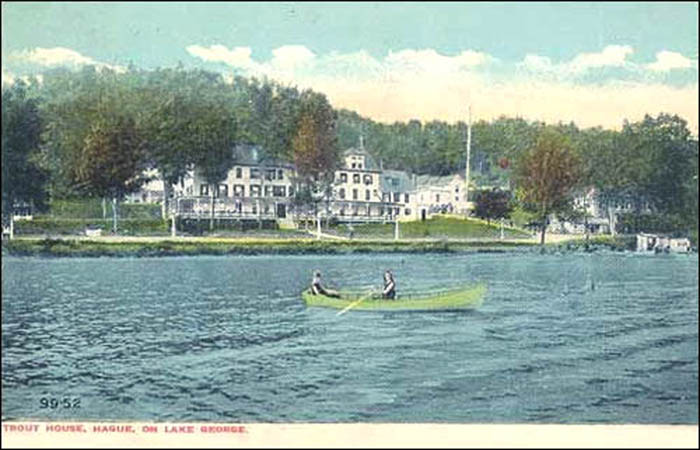 Notes: The Trout House was built by John Wheeler in 1863 as a boarding house. Relative Charles Wheeler expanded the boarding house to the 22-room Trout House hotel by the 1890s, and it became one of Lake George's grand hotels, according to the current website: "The Trout House had a tennis court in front, croquet grounds in back and became famous for its trout dinners."

R.J. Bolton became the hotel's owner around 1900. After it was destroyed by fire in 1916, Bolton bought the Iroquois hotel next to the Trout House and renovated it with running water and private bathrooms and called it the New Trout House. It had 57 rooms. Bolton also built a Trout House casino with poolroom, theater and barbershop, and he built seven cottages on the Trout House grounds.

Over time, individual cottages became more popular to guests than the grand hotels, and the Trout House fell into disrepair. The property is now (2014) owned by Lynn and Bob Patchett, who razed the New Trout House structure in 1975. The Bolton Lodge, which was also built by R.J. Bolton, is now part of the Trout House Village that is made up of log cabins built in the latter part of the 20th century.

The Patchetts confirmed that this pattern is from the old hotel's restaurant and said that shards from this pattern can be found locally in an old dump site. The individual creamer stands only 2 3/4" tall with green-on-white graphics showing a brook trout attempting to dislodge an artificial fly by leaping. Under the picture is lettered TROUT HOUSE.