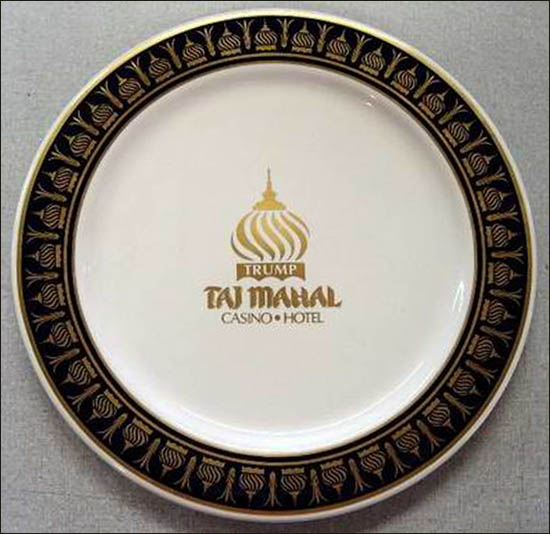 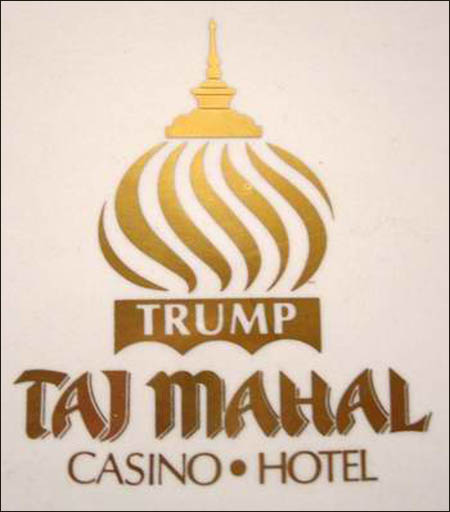 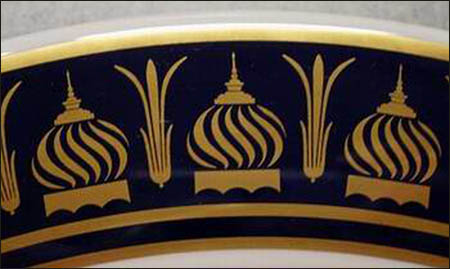 Notes: The Trump Taj Mahal was located at 1000 Boardwalk Avenue in Atlantic City, New Jersey, and opened in 1990. The resort had 1250 guest rooms. According to the Wikipedia, "In 2015, the Taj Mahal admitted to having "willfully violated" anti-money-laundering regulations for years and was fined $10 million. It was the highest penalty ever levied by the U.S. federal government against a casino. On August 3, 2016, it was announced that the Trump Taj Mahal would close after Labor Day because it was losing millions of dollars each month. It was closed on October 10, 2016." It is currently (2021) the Hard Rock Hotel & Casino.

Service plate features a black rim with a gold design of the famous tower, which mimics the Taj Mahal in India. Name in well also in gold. Date of plate indicates first run of the pattern, ordered during construction.