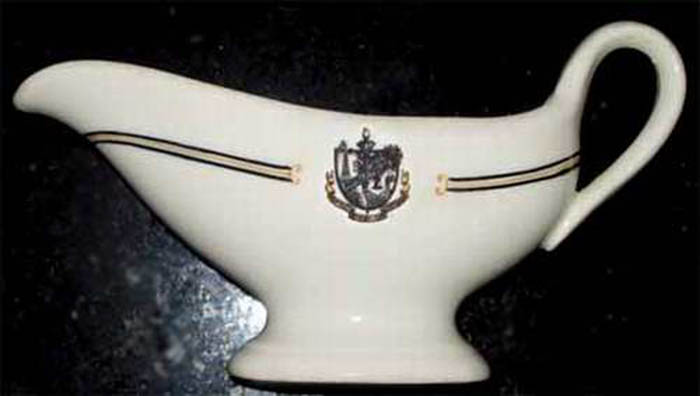 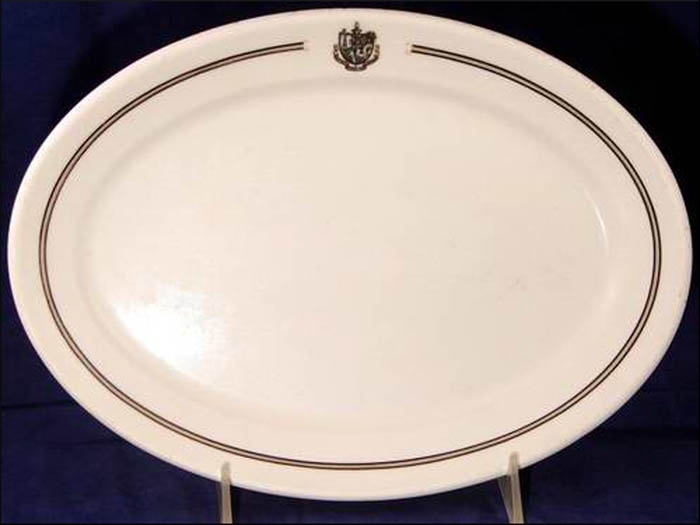 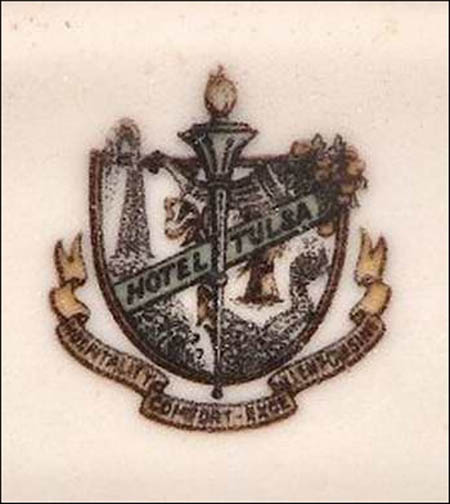 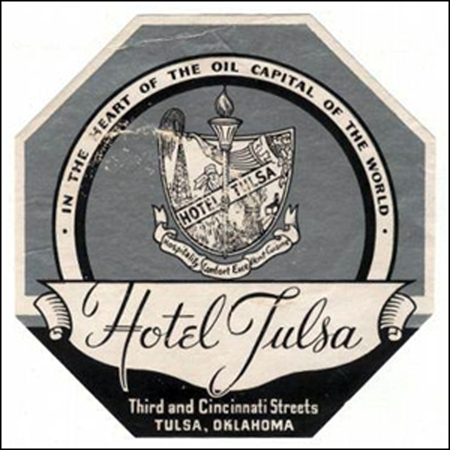 Notes: Located at 125 E. 3rd Street at Cincinnati Street in Tulsa, Oklahoma, the Hotel Tulsa was situated "in the heart of the oil capital of the world." According to the library at Oklahoma State University, the hotel opened in May 1912.

Per information supplied by the Larry Paul's 20th Century Hotel Research Database, the hotel was built with approximately 13 floors, with a two-story stone base and the top two floors also built of stone. It had a restaurant, coffee shop and the Topaz ballroom.

At one point – probably circa 1934 – an addition was built to the top of the hotel that included a more modern roof line. And it also was around this time that the hotel used the name "New Hotel Tulsa" at least occasionally in its advertising postcards and silverware.

Lamberton China white body with the hotel crest at the rim with black, orange and black lines or stripes. The logo is a four-part shield with diagonal bar that includes an oil well and a horn of plenty.

Photos and much information contributed by tulsaboy