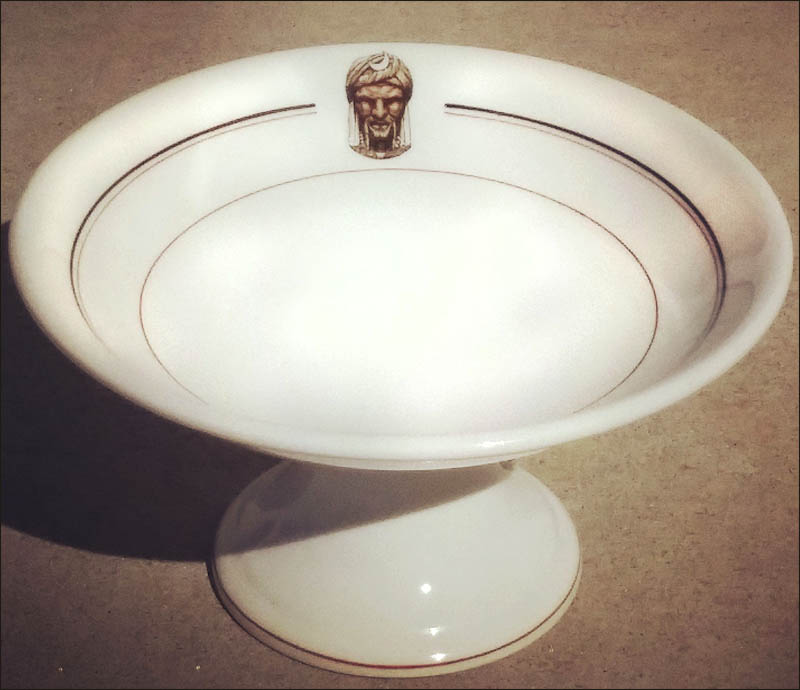 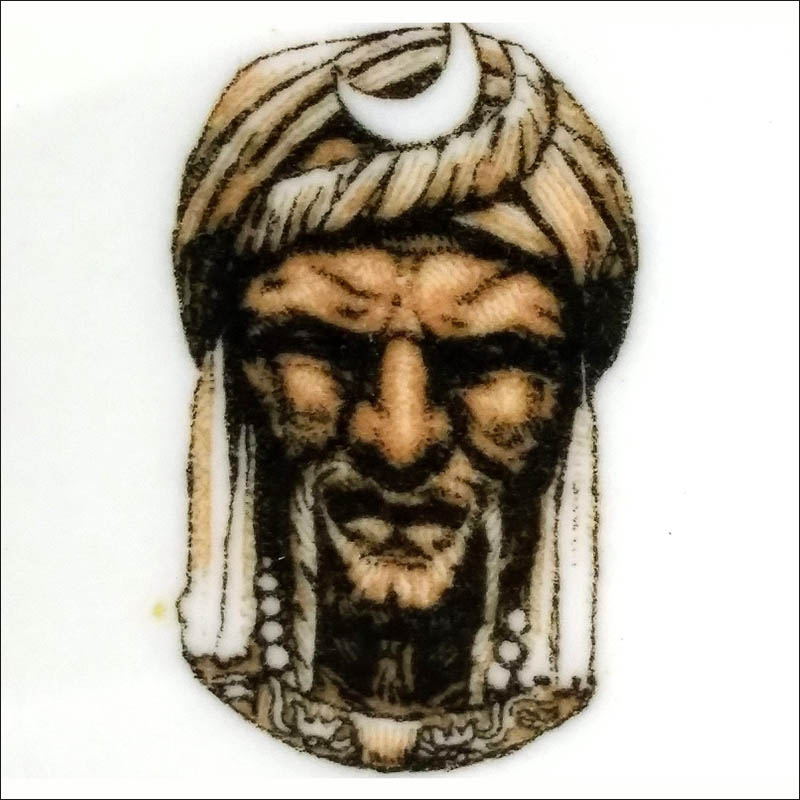 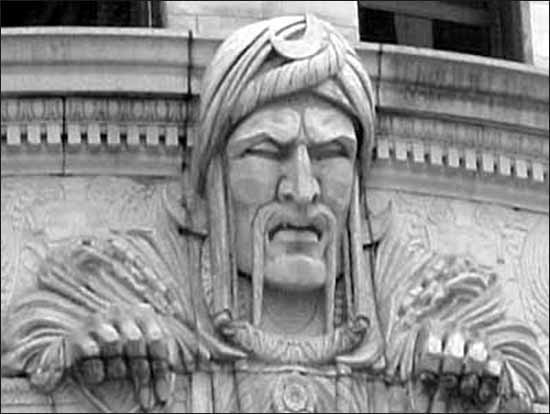 Notes: The Turk's Head Club is located in Providence, RI. Click here for the club's listing on the "Strange New England" web site. It is at the very least an exclusive men's club, composed of Brown University alumni. And the Turk's head on the current building appears to have been erected to pay homage to a Turk's head sculpture on a former house on its site. The Turk's Head Club pattern was also manufactured by Scammell China.