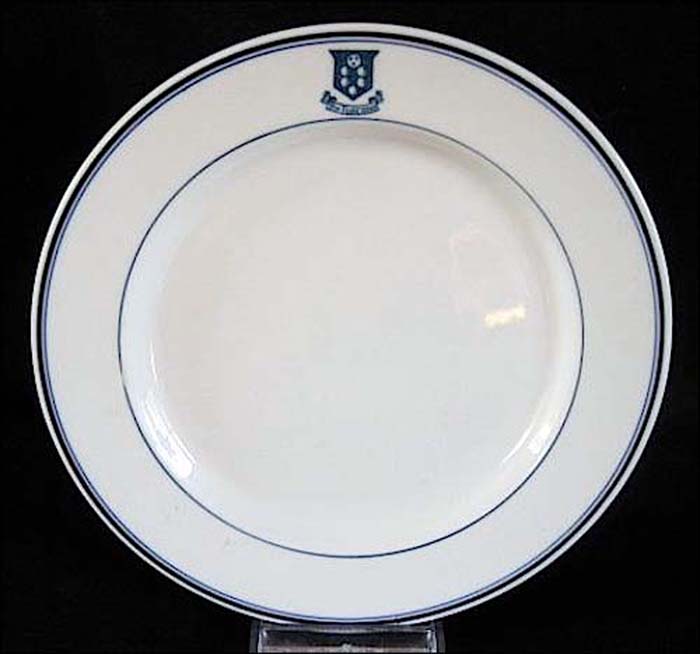 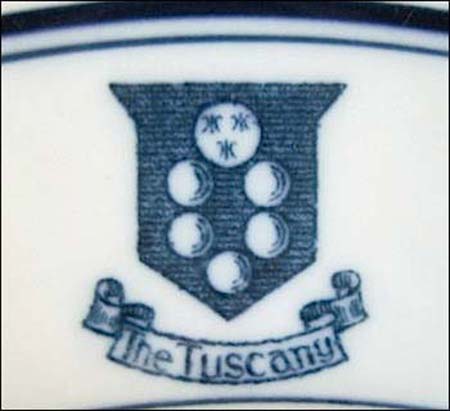 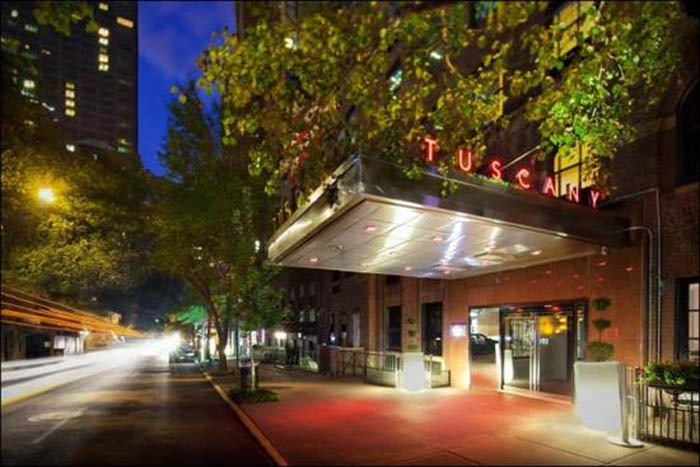 Website: http://tuscany.stgilesnewyork.com. The 17-story Tuscany is located at 120 East 39th St., in New York City. Construction on the building ended in 1928 with 147 apartments. By 1940 it became the 200-room Tuscany Hotel. Much later it became the Doral Tuscany, then a W hotel, and was finally purchased by the St. Giles Hotel Group in 2010. It was renovated and reopened in 2012 with 123 residential spaces as the St Giles Hotel New York – The Tuscany.

The white plate has a blue band and blue line on rim, blue line on verge. The logo is a shield with a larger circle containing three fleur-de-lis and five empty circles. Banner below has the words: The TUSCANY.