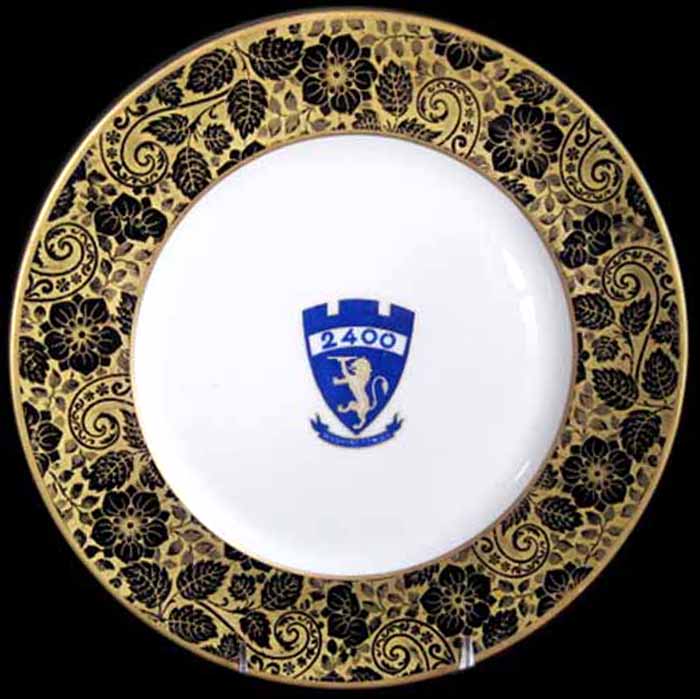 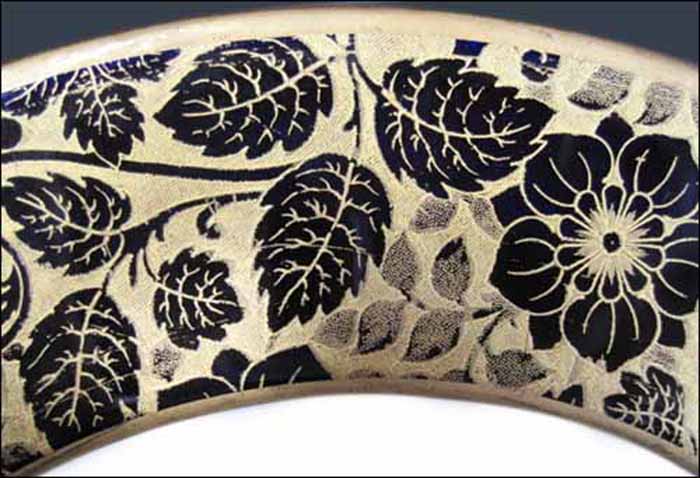 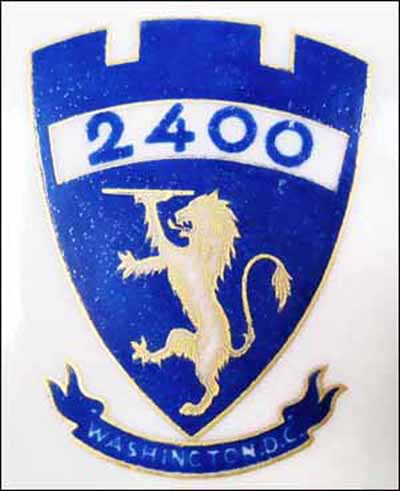 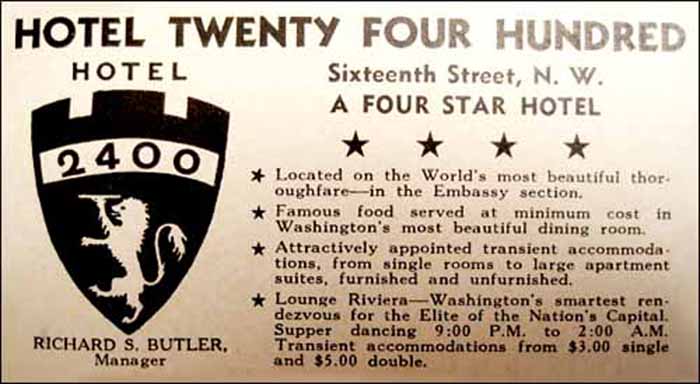 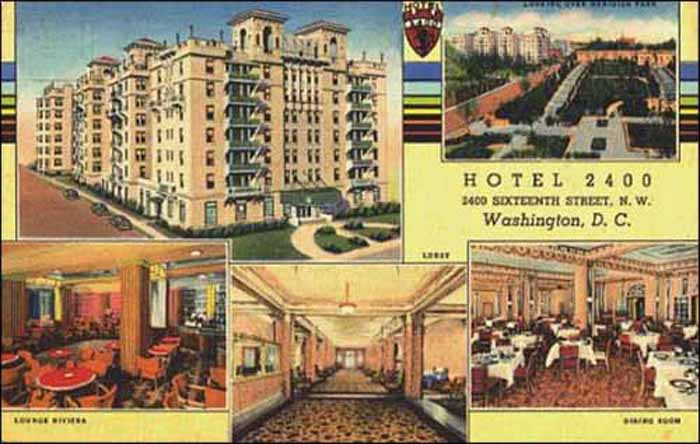 Notes: Located at 2400 16th Street NW, Washington, D.C., the seven-story building opened in late 1917, as the Meridian Mansions with 112 small and 78 large apartments. At that time, the building was managed by William Duff.

The 1940 HRB truncates the name to the Twenty Four Hundred Hotel: "Attractive appointed transient accommodations, from single rooms to large apartment suites, furnished and unfurnished. Lounge Riviera – Washington's smartest rendezvous for the Elite of the Nation's Capital. Supper dancing 9:00 PM to 2:00 AM."

In 2010, the building is a National Historic Landmark known as The Envoy Apartments with 300 studio and 1 bedroom apartments.

Lamberton white body service plate with a wide band border of gold with an overlay of black flowers, leaves and swirls between rim and verge coin gold bands. Center-marked with a blue shield logo of a rampant lion beneath the number 2400 in blue — all edged in coin gold. There is a blue banner beneath the shield outlined in coin gold that says: "Washington, D.C."