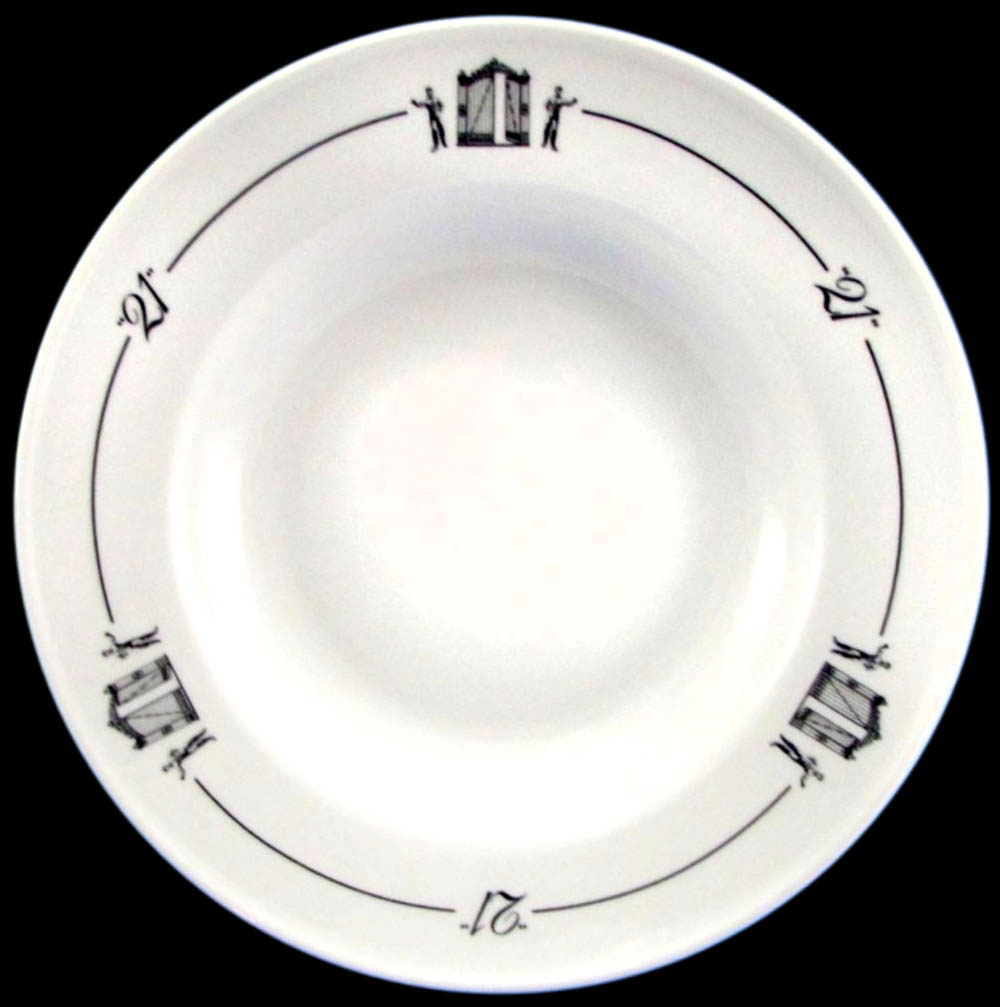 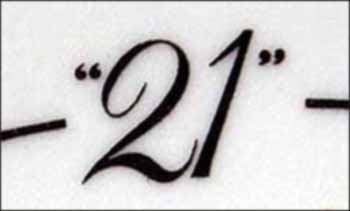 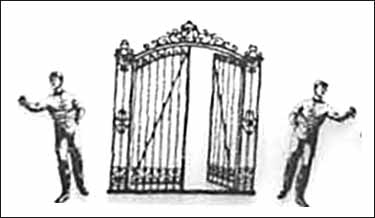 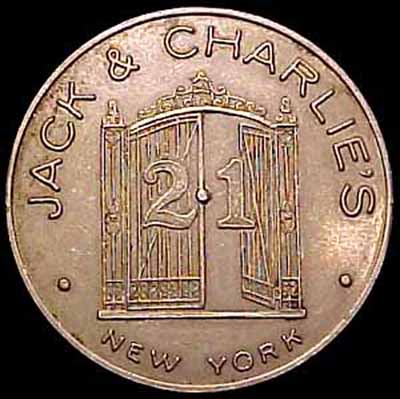 Notes: Currently located at 21 W. 52nd Street, New York City, the 21 Club first opened as a speakeasy in 1922 in Greenwich Village and was known as Red Head. It moved several times in the 1920's and had various names but eventually moved to its current location as Jack and Charlie's 21. Probably the most famous feature of the club is the lineup of cast iron painted jockeys on the balcony above the entrance. The club has long been a favorite of celebrities and presidents and is still going strong today.

White body, black line interrupted by "21" and iron gate with a jockey on each side.