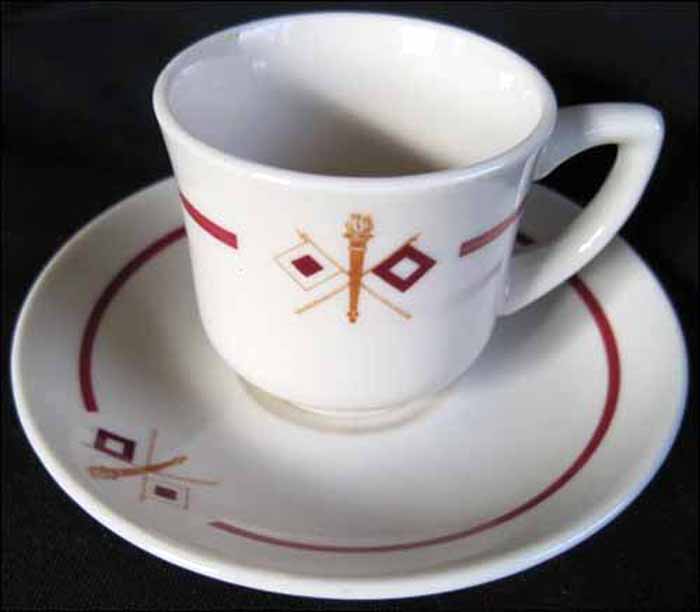 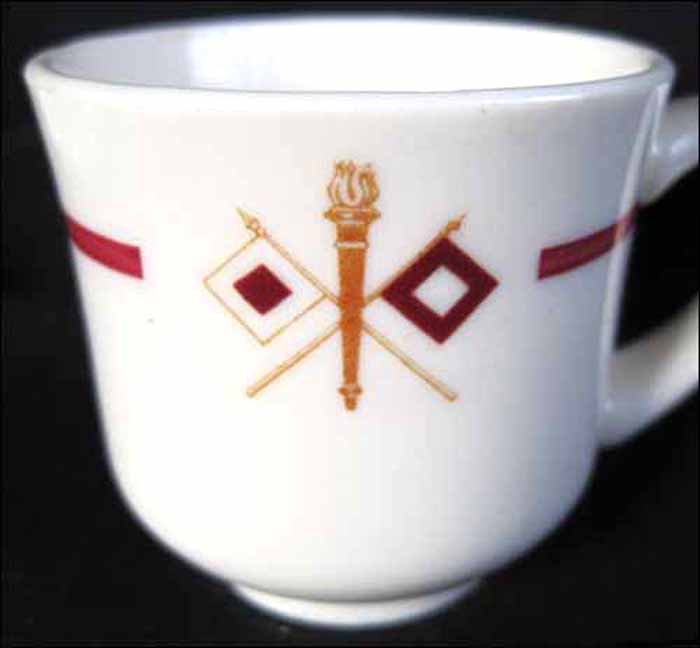 Notes: "The United States Army Signal Corps develops, tests, provides, and manages communications and information systems support for the command and control of combined arms forces." The Signal Corps was established in 1860 by U.S. Army Major Albert Myer, who turned sign language into a system of red & white "wigwag" flags, which became an integral part of the U.S. Army Signal Corps branch insignia. The Corps has played a critical role in tactical and strategic communications for the Army, as well as joint and coalition operations from the Civil War to today.

Ivory body demitasse cup and saucer with a maroon band and a gold flaming torch upright in the center of two crossed wigwag flags — a dexter flag (white with a maroon center) and the sinister flag (maroon with a white center).