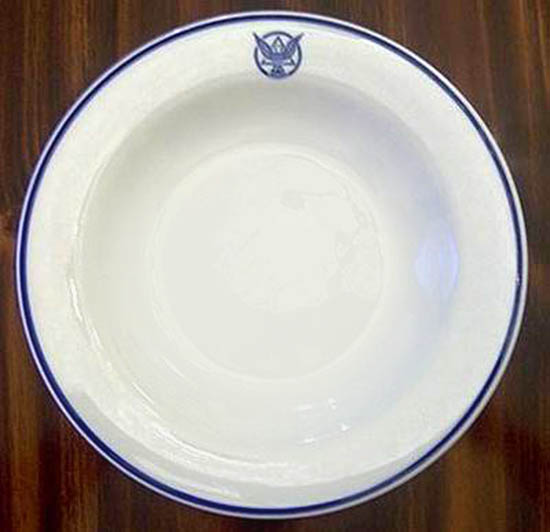 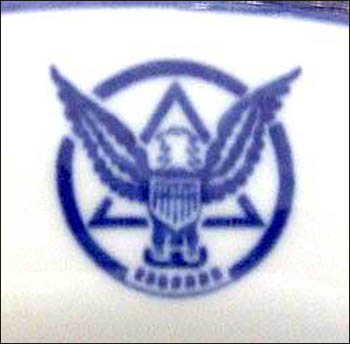 White body with blue logo consisting of a circle with a triangle and an eagle with a shield inside the circle.