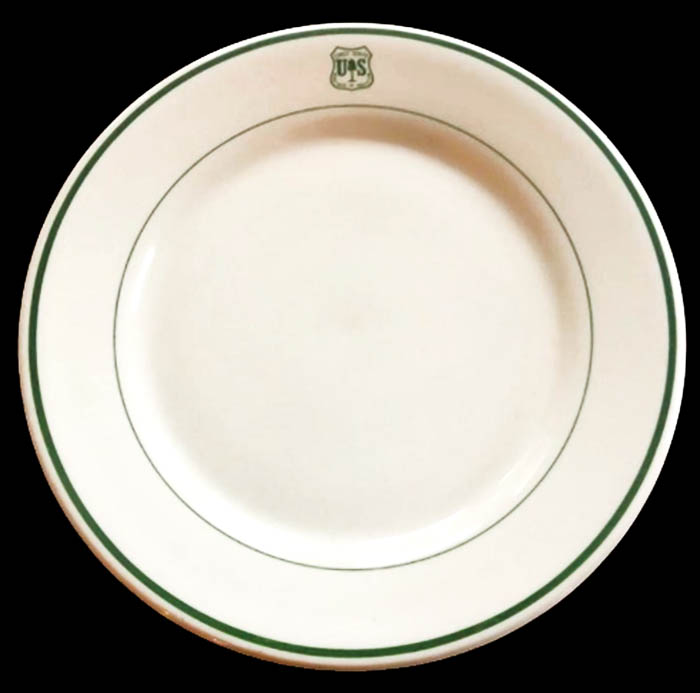 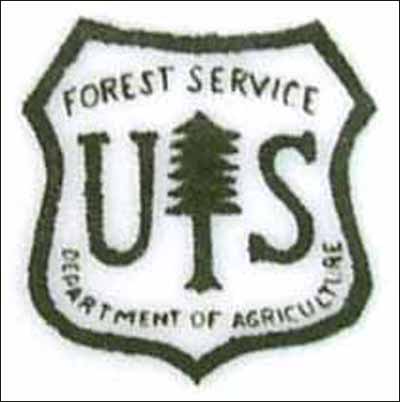 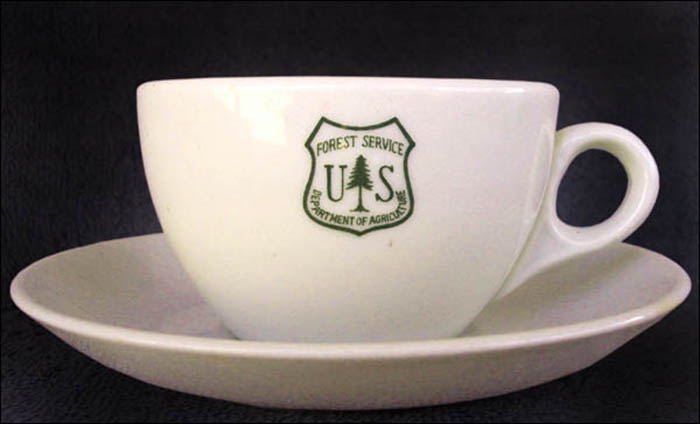 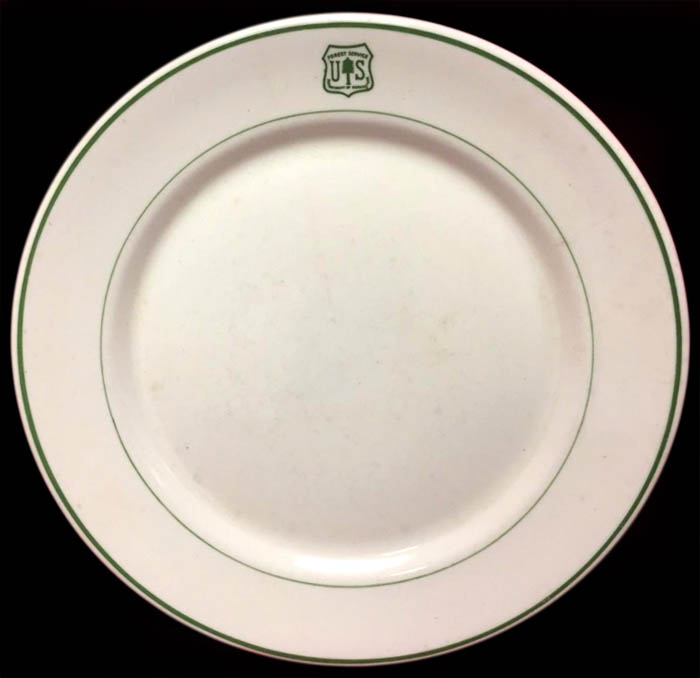 Notes: U. S. Forest Service china was produced from the 1920s to the 1940s for use in sites such as bunkhouses, cabins, lookout towers and Civilian Conservation Corps camps. There are many stories about disposal of the dishes into dumps or outhouses when sites were abandoned, and the pieces remaining are treasured by Forest Service employees and retirees.