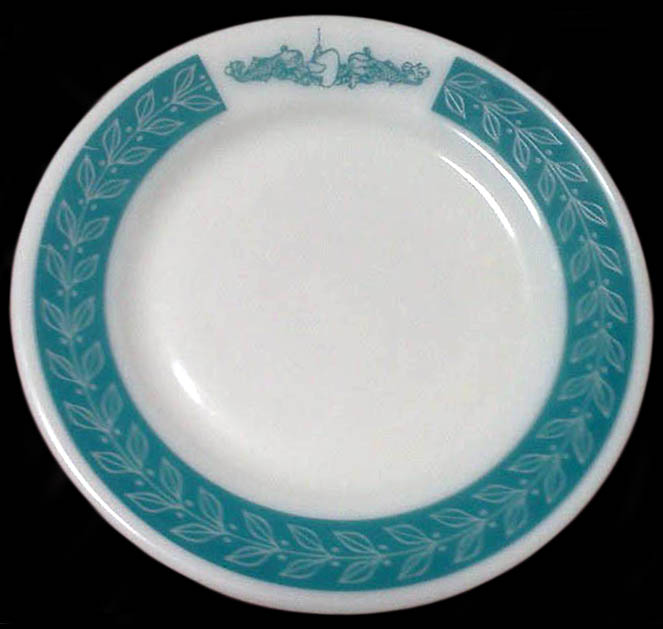 Notes: According to Wikipedia, the insignia is worn by enlisted men and officers to show they are qualified in submarines. It was suggested by Captain Ernest J. King, Commander, Submarine Division Three, in 1923 and adopted in 1924 after additional designs were solicited.

The exact usage of this china pattern is unknown, whether at a base or on an actual submarine.

White Pyrex body, image of two dolphins flanking the bow and conning tower of a submarine, Bluegrass pattern border, all in teal.

ID and photos contributed by Jeff-Pyrex