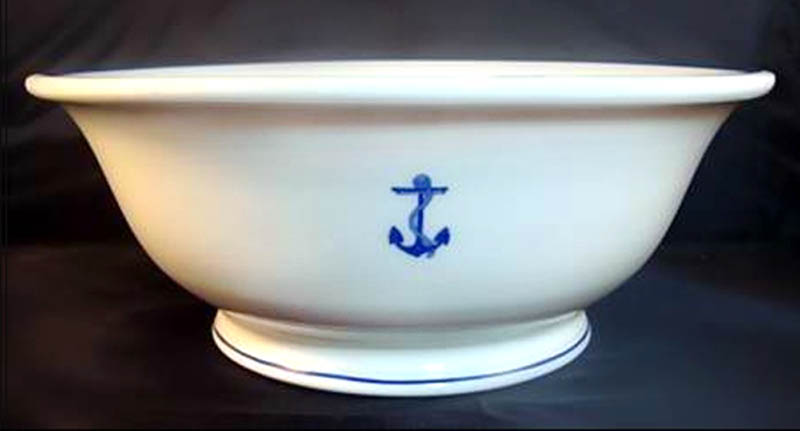 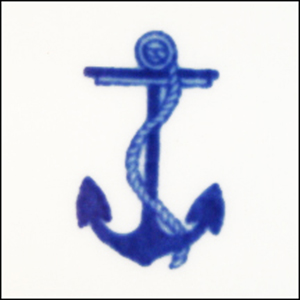 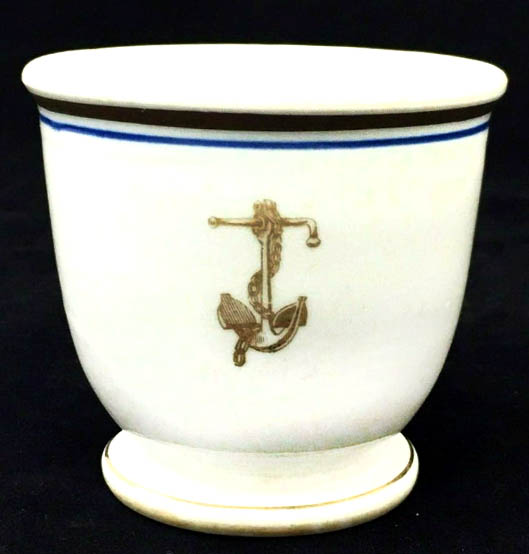 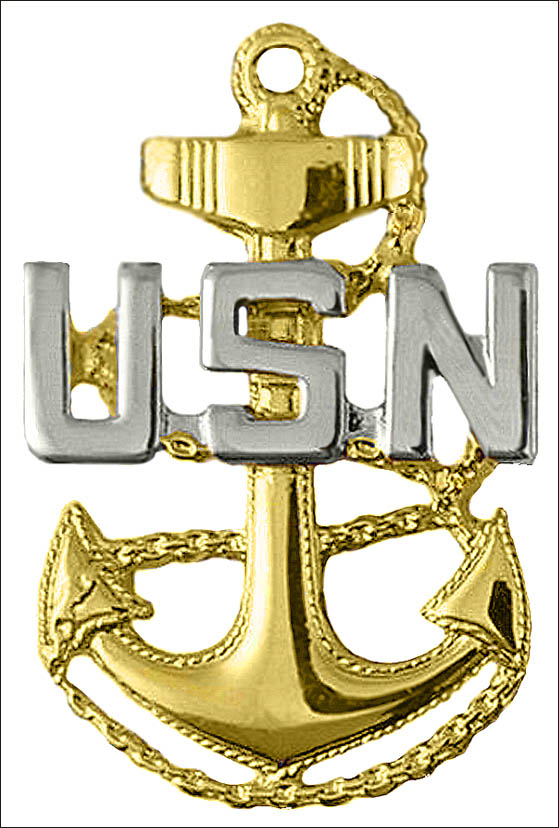 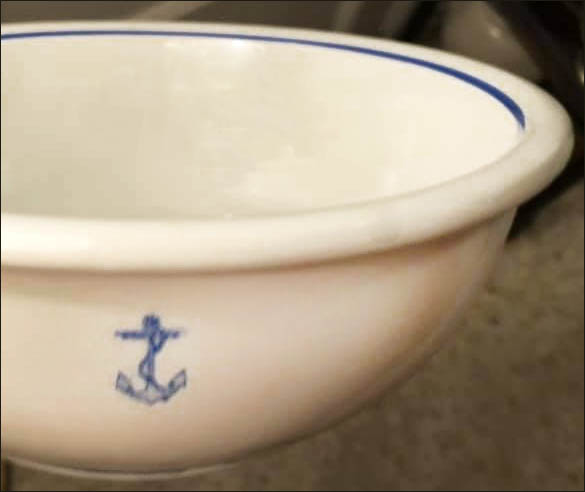 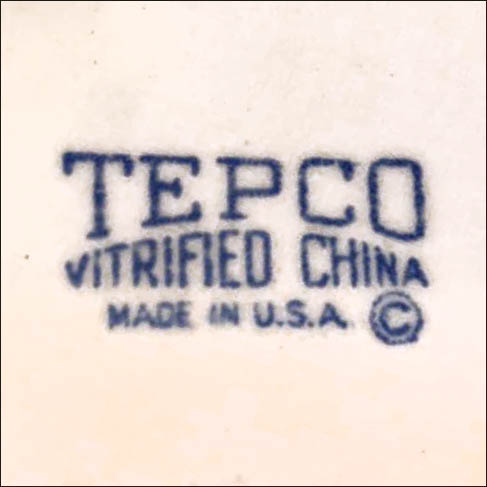 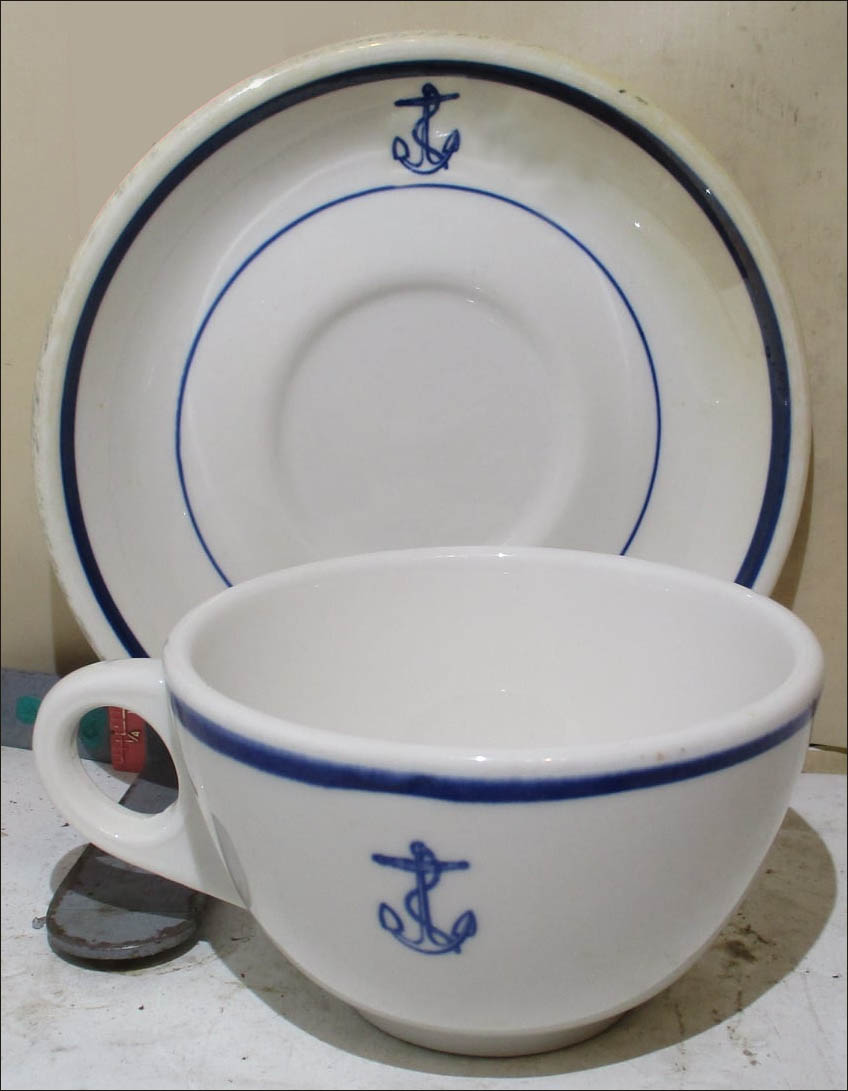 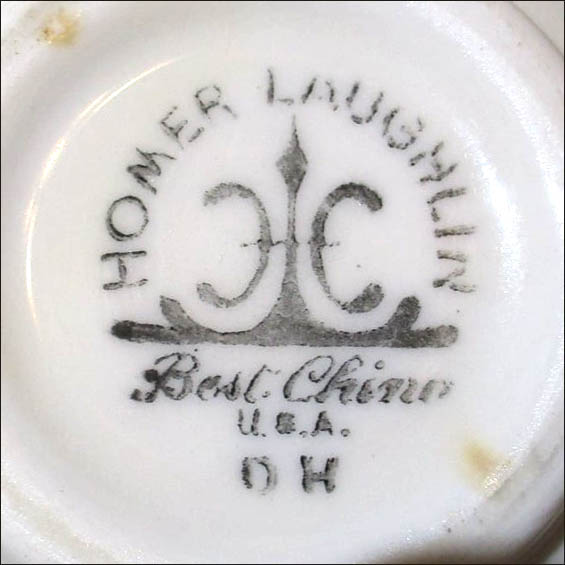 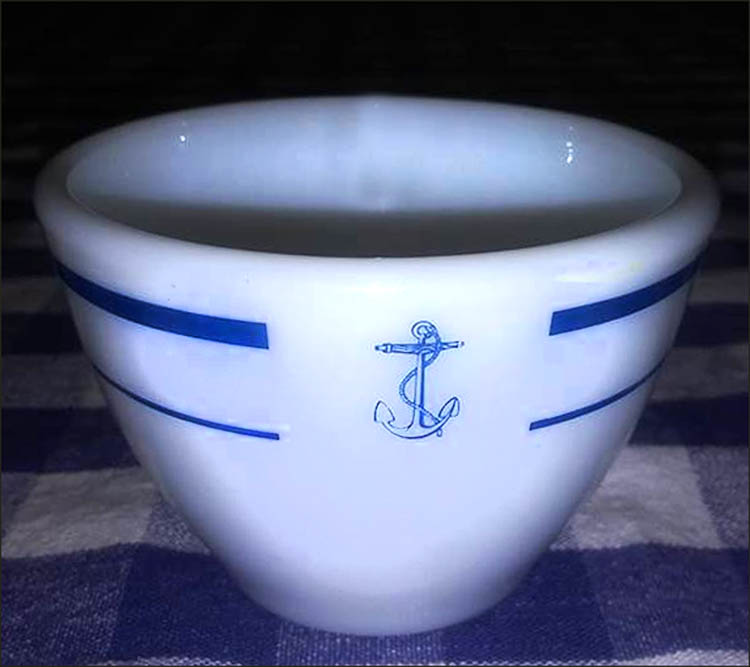 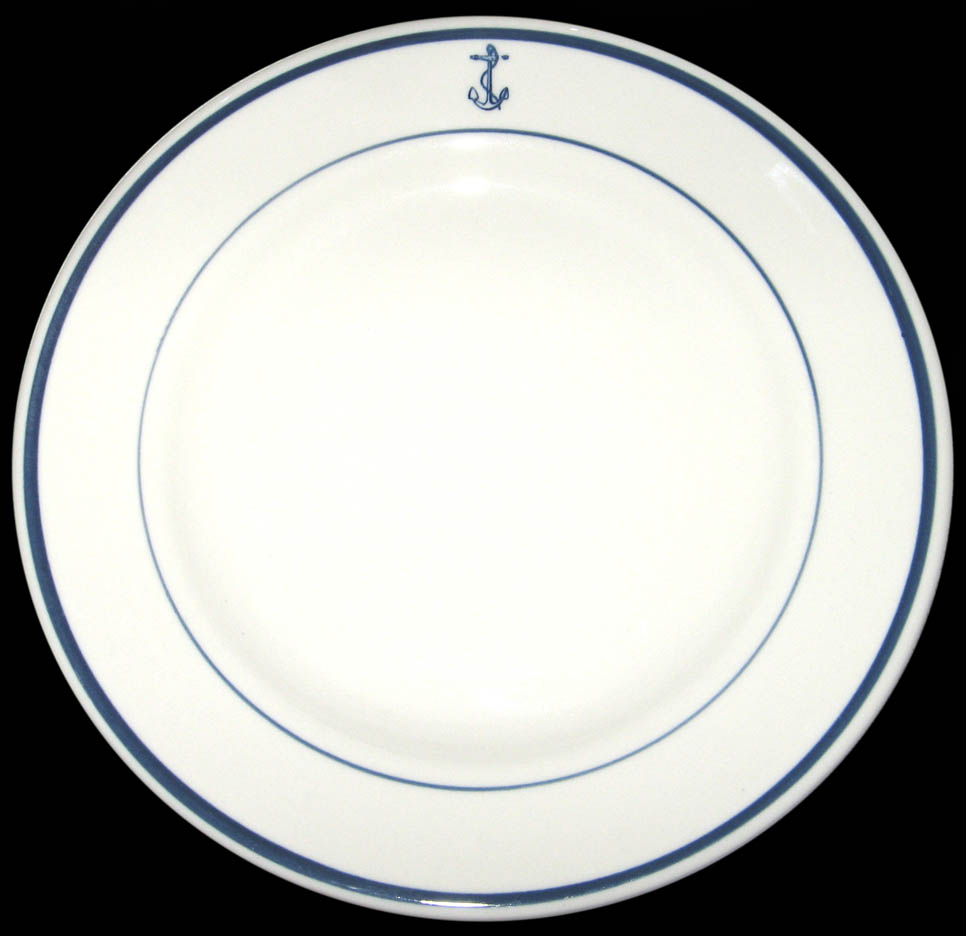 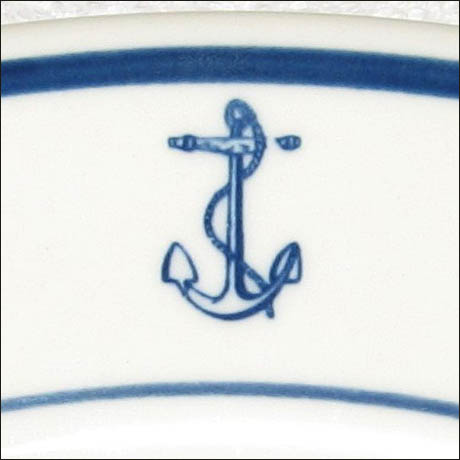 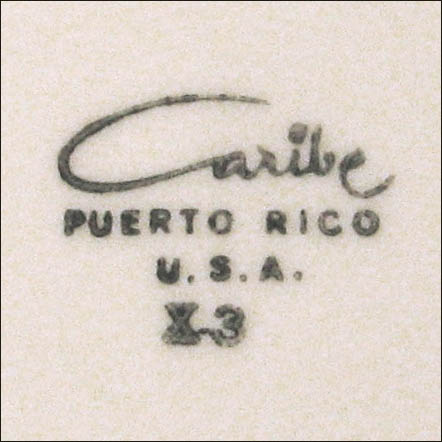 Notes: This design, first made with a coin gold fouled anchor by Warwick and Carr – up until 1940 – was followed by the deep blue design, ordered, seemingly, from most American manufacturers of the 1940s through the 1970s. Caribe China, dated 1973, was possibly the last manufacturer of this pattern. Whether gold or blue, a blue line or lines accompanied the anchor design.

From the Wikipedia, "Foul is a nautical term meaning to entangle or entwine … hence in [the case of foul anchor] describing the rope that is entwined around the anchor."

Use of the fouled anchor china is widely attributed to the U.S. Navy in the wardroom officer's mess, meaning, again, thanks to Wikipedia, "the mess cabin or compartment on a warship or other military ship for commissioned naval officers above the rank of midshipman."