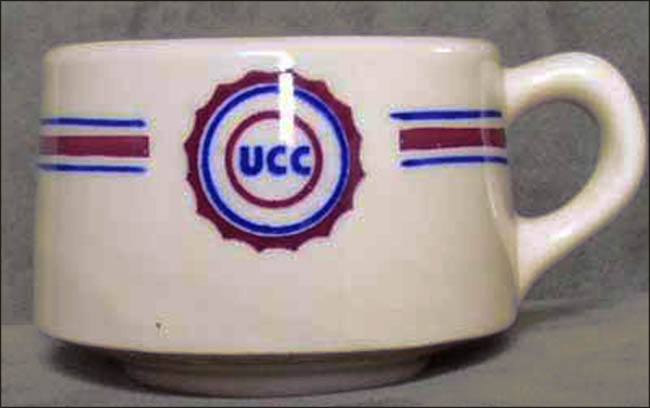 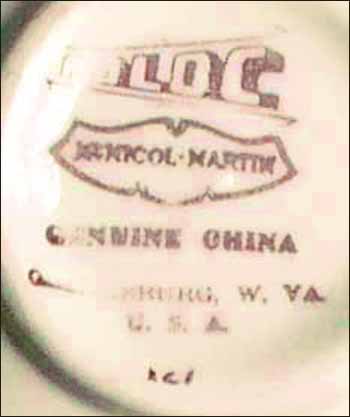 Notes: The Union Carbide Corporation began in 1898 to manufacture calcium carbide for acetylene lighting such as bicycle lamps and miners' lamps. It exists today as a subsidiary of the Dow Chemical Company producing ethylene from components of crude oil and natural gas for use in products including antifreeze, cosmetics, paints, and pills. UCC built the world's first petrochemical plant in West Virginia and is still an important employer in the state where McNicol China was made.

The McNicol China ROLOC bottomstamp denotes the tan clay body of the ware.