Union Club of the City of New York

Manufacturers: Scammell China and Mayer China
User: Union Club of the City of New York
Date range of Scammell: known use of this backstamp was 1926-28
Date of Mayer: 1961 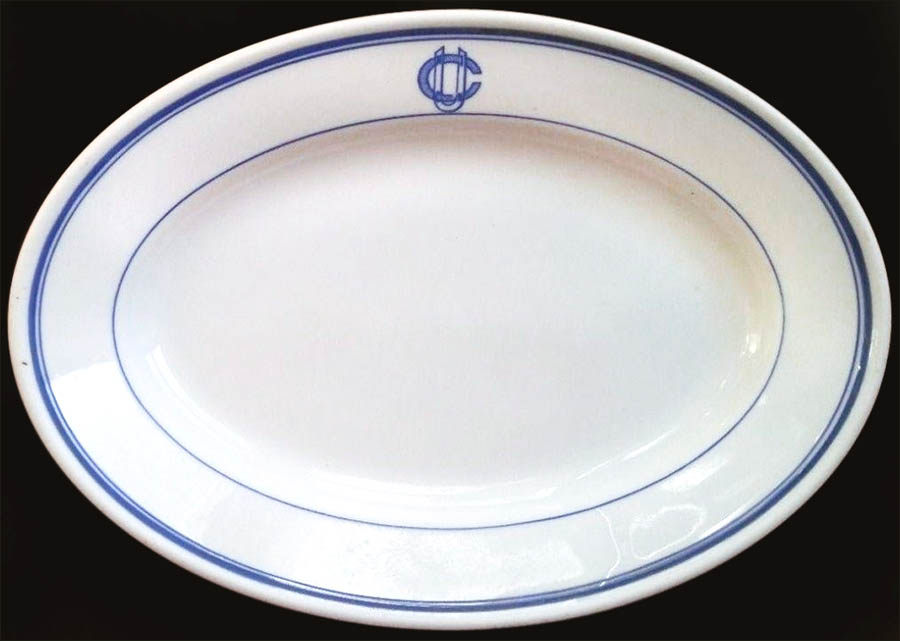 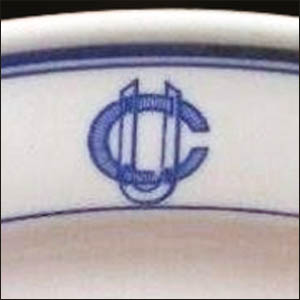 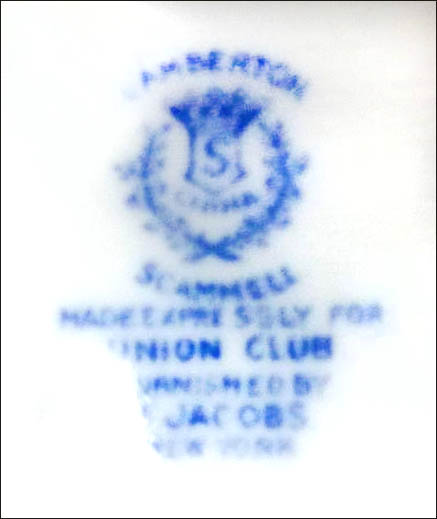 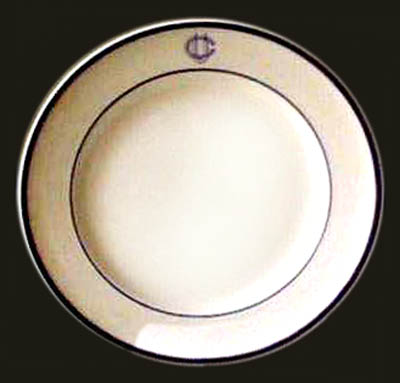 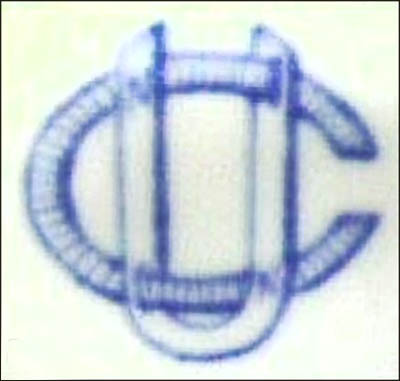 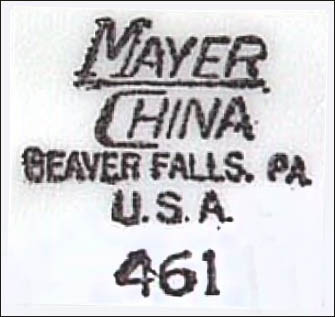 Notes: From the Wikipedia,  the Union Club is located at 101 E 69th Street in New York City "in a landmark building designed by Delano & Aldrich that opened on Aug. 28, 1933." A private social club founded in 1836, it is the "oldest private club in New York City and the fifth oldest in the United States." … "The current building is the club's sixth clubhouse and the third built specifically for the members."

The design on a white clay body includes two navy blue lines on the border and a thin navy line on the verge. Centered and touching the verge line is the club's logo of a shaded navy blue C overlapping/interlocking with a navy-outlined U.

The blurry Scammell backstamp photo says: Lamberton China / Scammell Made Expressly for Union Club, Furnished by F. Jacobs New York. And the logo on the front is a match for the club's logo featured at the top of its website.