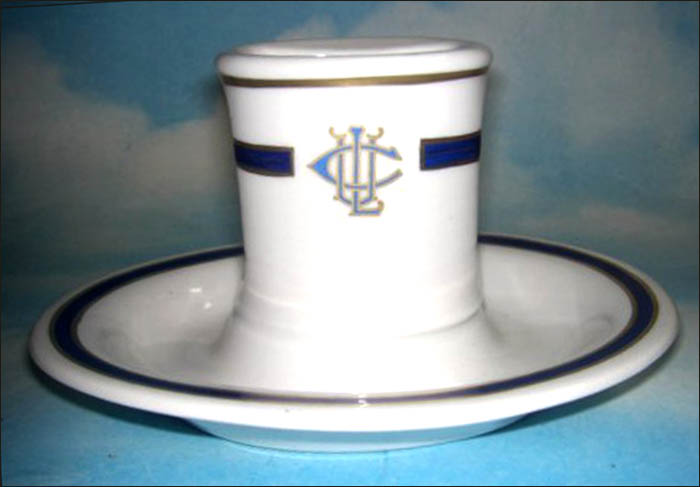 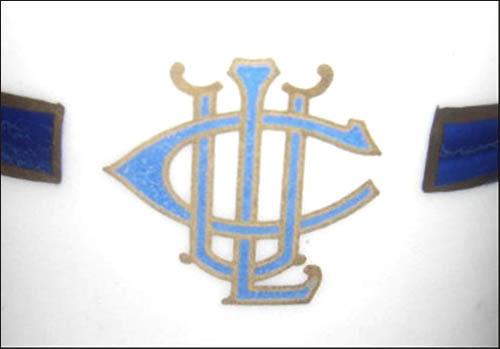 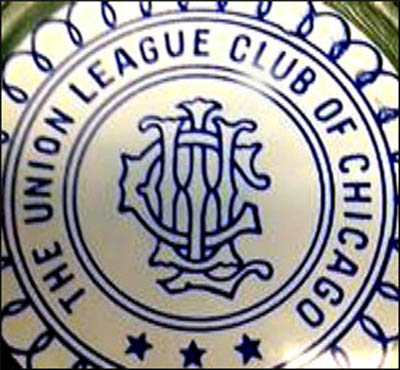 Notes: The first Union League formed in Philadelphia in 1862 to support the policies of Abraham Lincoln, the Republican Party and the Union side in the Civil War. These wealthy and upper-middle class men provided funding to organizations providing medical supplies for wounded soldiers. Some groups called themselves Loyal Leagues.

At one point there were Union Leagues across the South assisting in Reconstruction and helping to register freedmen to vote. As of 2015, the Union League Club in Philadelphia is still open, as are the New York and Chicago clubs.

The logo on this Mayer China match stand is thought to be generic to all Union League Clubs as it does not identify a specific location. This match stand has the pre-1950s Mayer China backstamp.