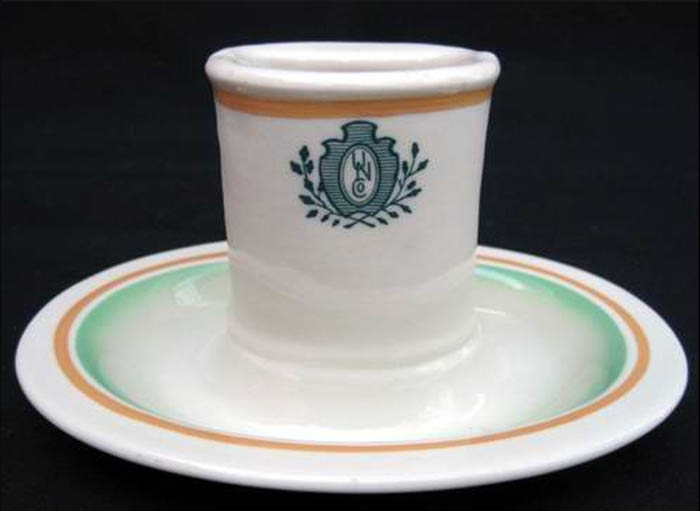 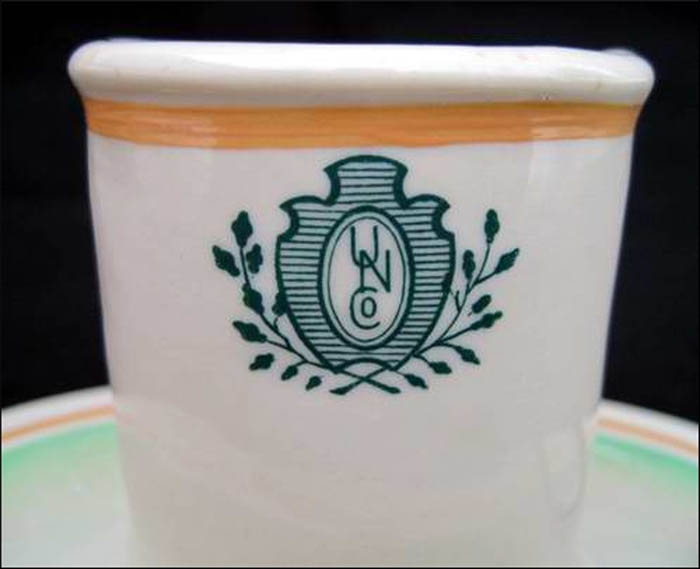 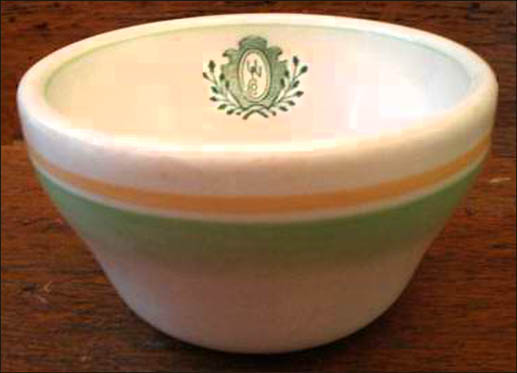 Notes: Founded in the late 1800s, the Union News Company was known for its railroad news and printing services. The company sold magazines, newspapers, books, tobacco products and other items from newsstands located in train stations and employeed news service employees (known as a "news butch") to walk the trains and make sales while in service. The company later ventured into restaurants and lunch counters at railroad stations located in the east and midwest. It also operated concessions in railroad stations, as well as airports into the 1960s.

Shenango matchstand: White body with "Creamsicle" colored bands and a mint green fade-in on the base. The entire UNCo logo of wreath, branches and letters are a teal blue color.

Mayer bouillon cup: One narrow, pale orange stripe and one thick, airbrushed light green stripe on the outer white body, with one light green pinstripe around the inner rim and the "UNCo" logo in dark green on the inside.