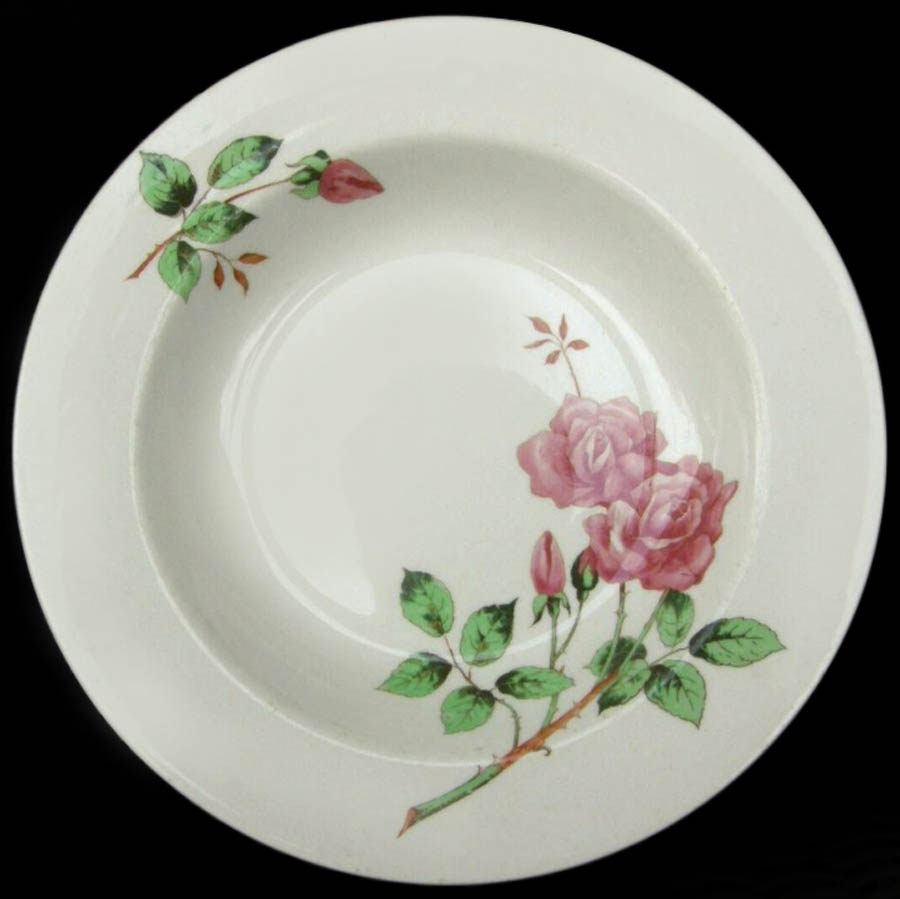 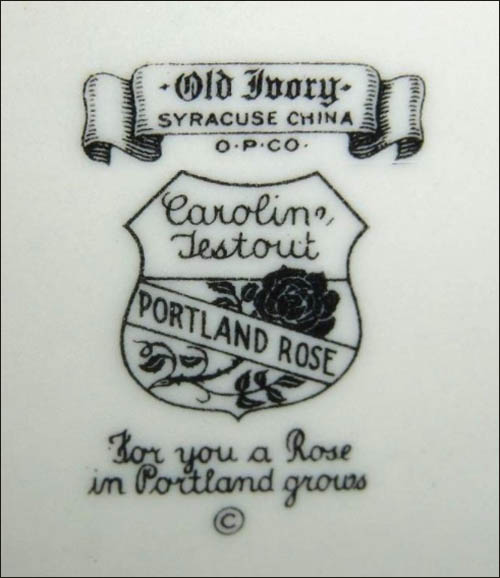 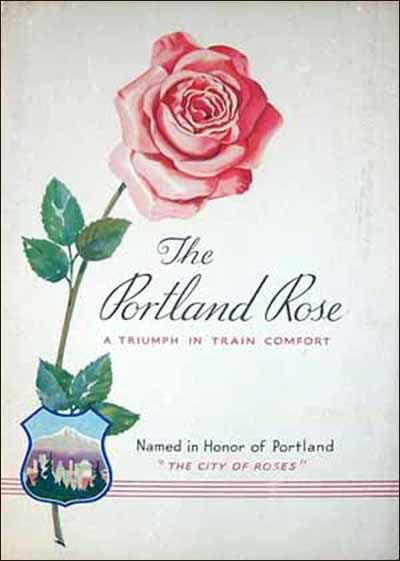 The rose depicted is a Madame Caroline Testout, Portland, Oregon's official flower. Books about railroad china indicate that the pattern was always backstamped, at least by the UPRR, so it is not known if the plate pictured above saw railroad use or if the pattern was used by Syracuse as a stock pattern after 1941.