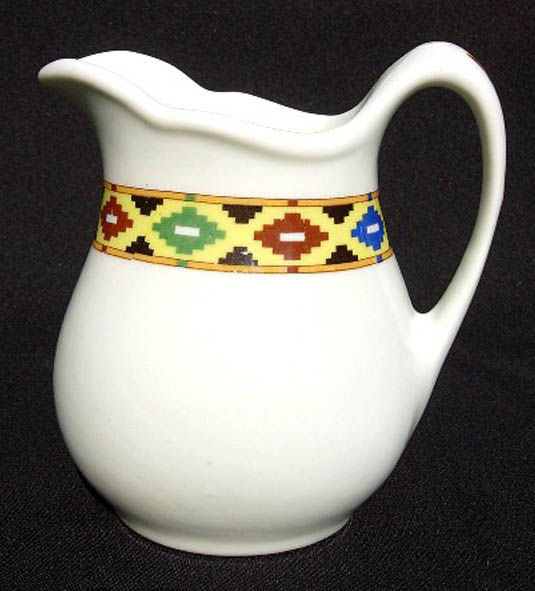 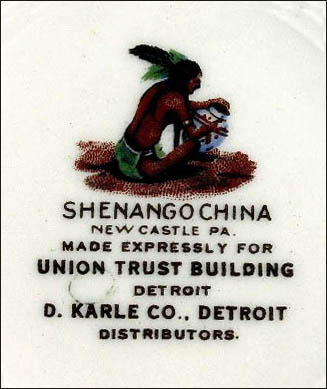 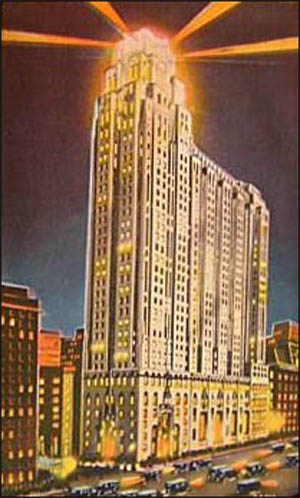 Notes: Union Trust Company was Detroit's largest bank in the 1920s. Frank Blair, head of the bank at that time, hired architect Wirt Rowland of Smith, Hinchman and Grylls to design a unique skyscraper. He used warm shades of brick veneer complemented by glazed tiles, including Pewabic tiles, whose inventor worked closely with the architect. Roland's attention to detail was meticulous. He supervised the creation of bricks to achieve the desired color for the exterior and designed furniture for the bank's offices. His attention went as far as designing tableware, linens and waitress uniforms for a restaurant in the building. Built in 1928, the building is often called the Cathedral of Commerce. This Art Deco showpiece is lavishly decorated inside with a Native American and Aztec influence. The ceiling in the lobby was designed with Rookwood tiles. The Union Trust Company was unable to survive the stock market crash of 1929 and failed in 1932. The US Army used the building during WWII and it sold at auction in 1952. The building has recently undergone a renovation and re-opened the grand hall to public access, which is now taken over partially by a bank, several retail stores, and the Rowland Café. The building is on the National Historic Register and is now known as the Guardian Building.