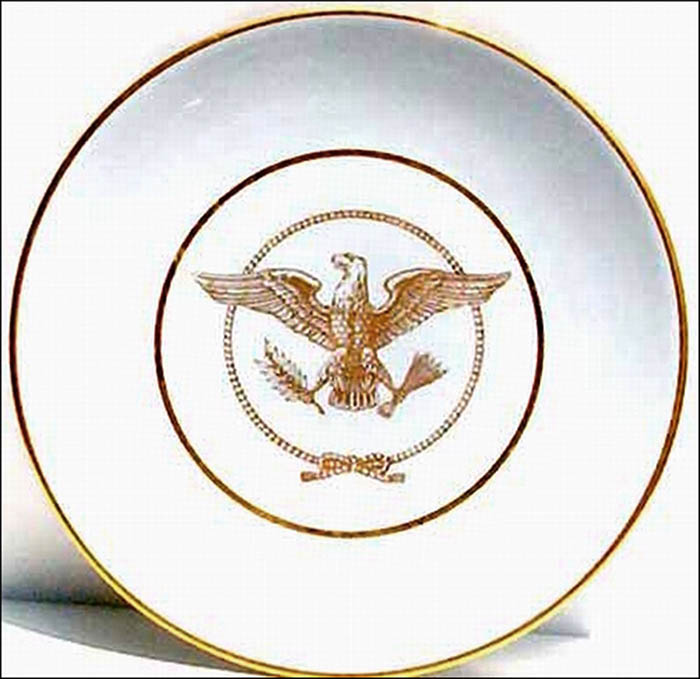 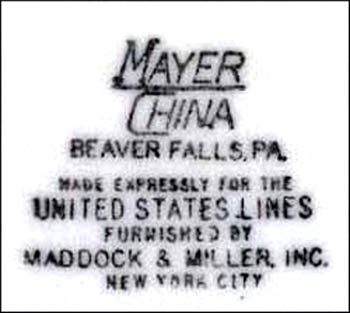 This plate would have been used for the First Class passengers on ships of the United States Lines. White body with gold coin pinline border, center marked with the USL eagle logo set within a gold coin border on the verge.