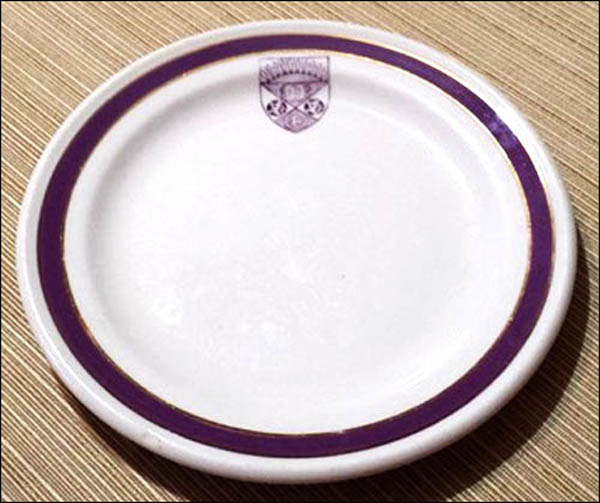 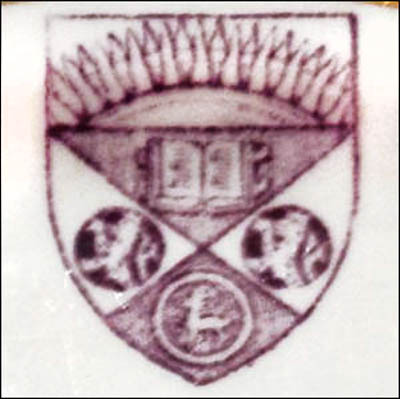 Notes: The University of Western Ontario, in London, Ontario – now branded as Western University – was founded in 1868 as an Anglican University, becoming non-denominational in 1908. Considered one of Canada's top universities, it has 12 schools and has several famous writers, politicians and scientists among its alumni and faculty.

The plate was made by Ridgeway of the United Kingdom in its Steelite line (not to be confused with the later Steelite firm).

White with purple band, flanked with gold pinstripes, around edge. Logo in purple centrally located at top inside the verge.