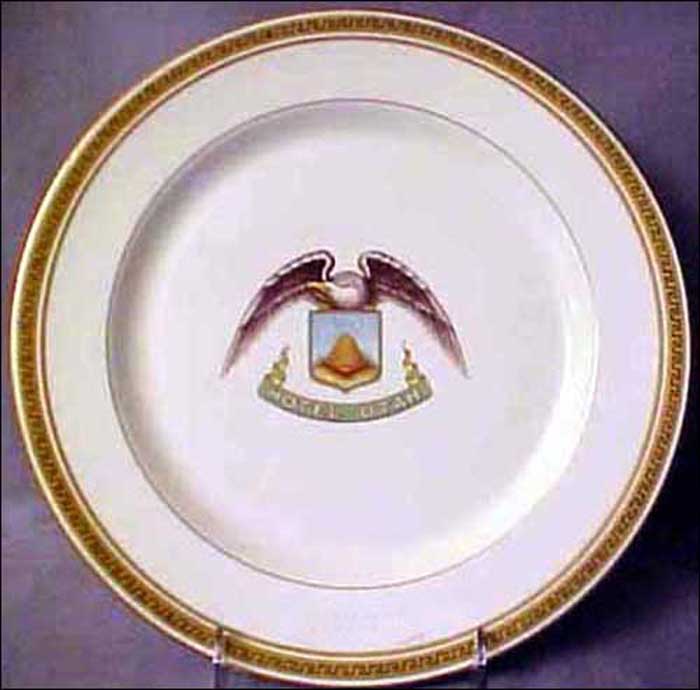 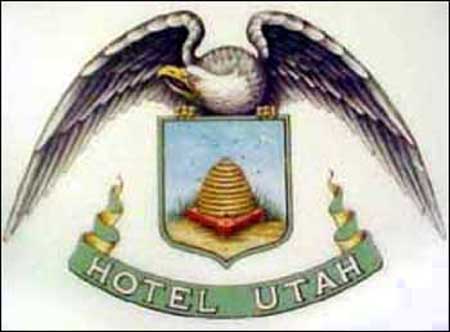 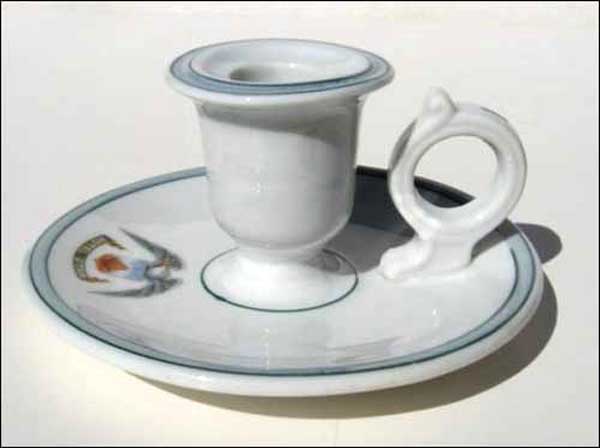 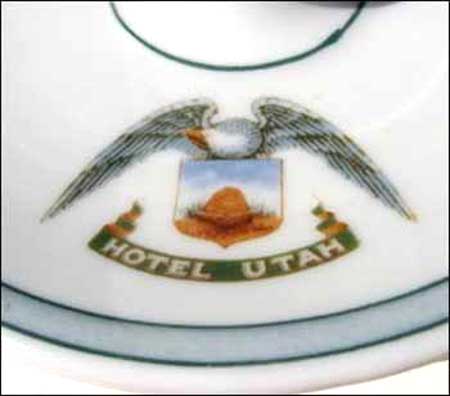 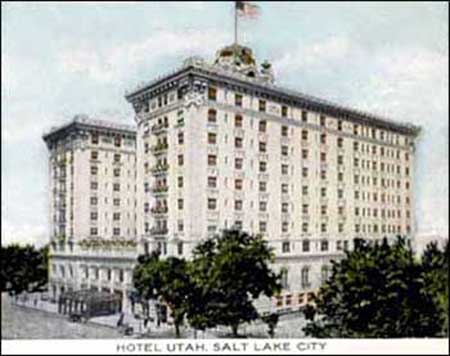 The shield on the pieces includes a beehive, the Utah state emblem, topped by a Bald Eagle. A ribbon banner below includes the name Hotel Utah. The service plate with gold design on the rim was made in 1911; the candleholder with light blue band and deep blue lines was made in 1925.