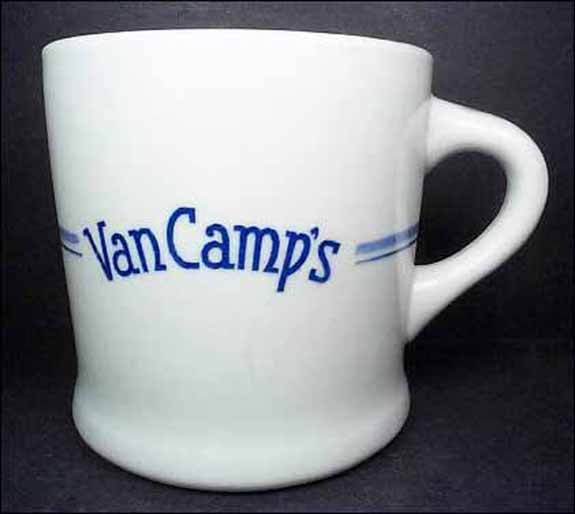 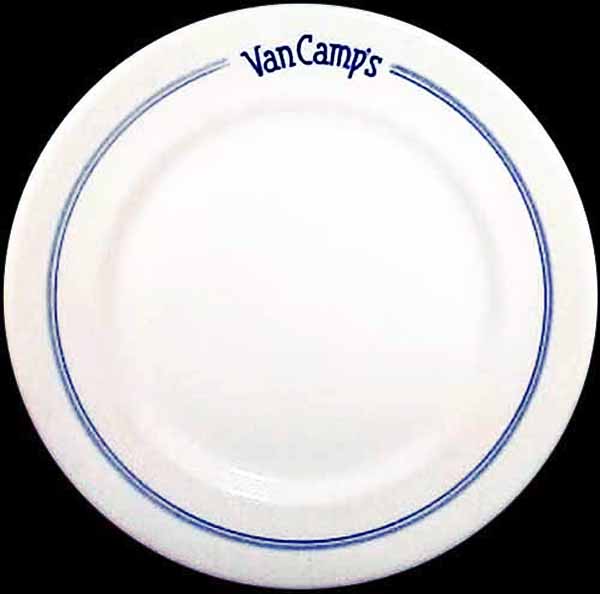 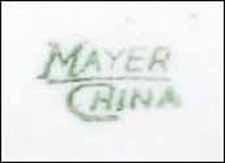 Notes: The Van Camp's company started as a grocery store operation in 1861 in the Indianapolis, Indiana area by Gilbert and Hester Van Camp. Their son Frank refined the recipe to include tomatoes and sold this product to Union troops during the Civil War. Van Camp also built the first cold storage warehouse. They became very innovative with the canning of fruits and vegetables and by 1909 were the dominant vendor of pork and beans.