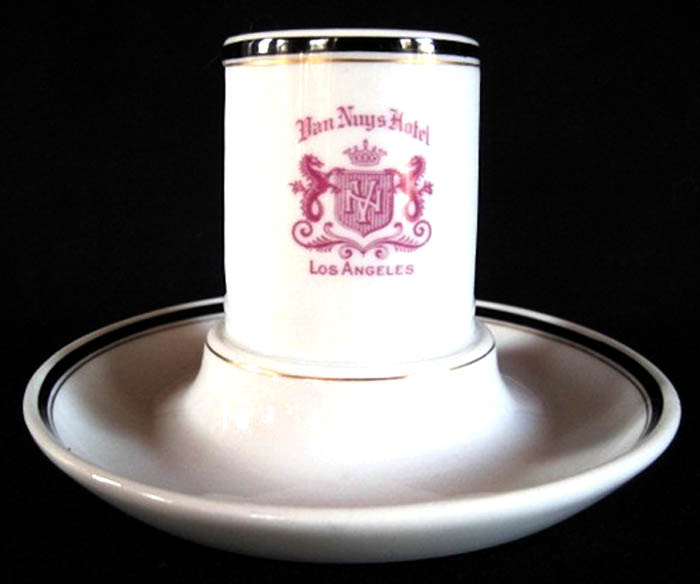 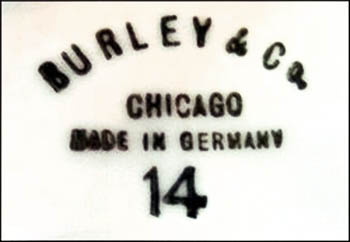 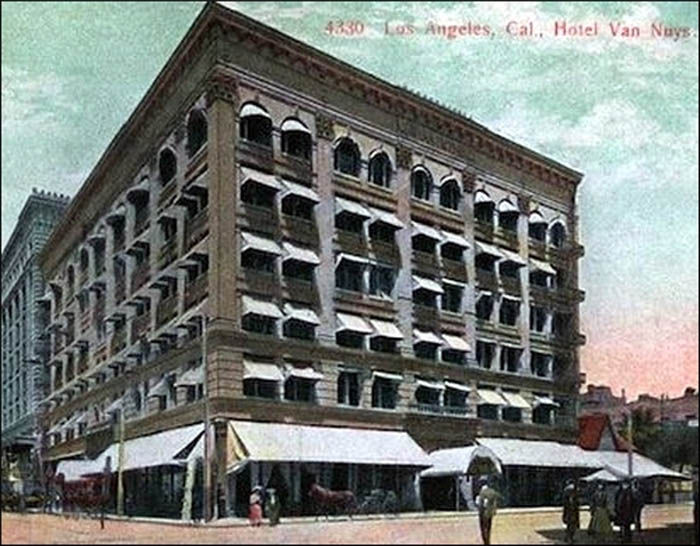 Notes: The Van Nuys Hotel is located at 103 West Fourth Street, in Los Angeles, Calif. The hotel was designed in the Beaux-Arts style by Morgan & Walls in 1896. It was built by Isaac Newton Van Nuys, one of L.A.'s wealthiest businessmen and landowners.

The six-story, 120-room hotel opened January 19, 1897, one of the finest in the city with the latest amenities. It was the first hotel to provide telephone and electric service in every room. The Fourth Street lobby has many original elements, including ceiling decorations, columns, arched doorways, and stained-glass windows with old-fashioned scenes, and a crest with "V.N." held up by sea horses.

The hotel is listed as the Barclay Hotel (Consolidated Hotel Co.) in 1929. The Barclay is still in operation. The old hotel can be seen in the 2009 film, (500) Days of Summer. In the film, the Barclay lobby serves as the hangout for Tom and his buddies.