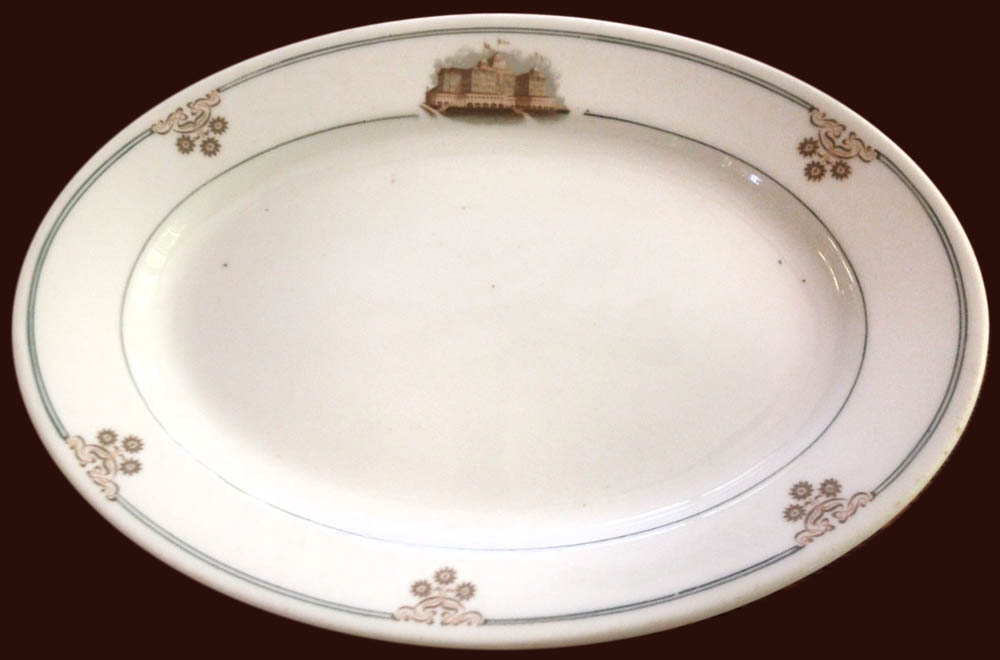 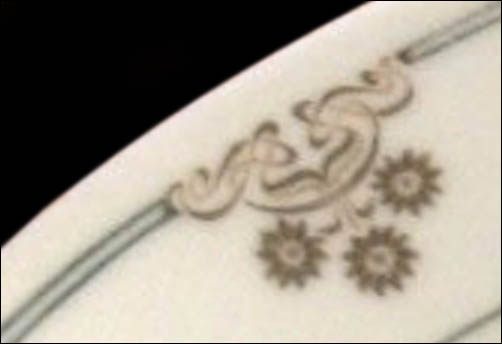 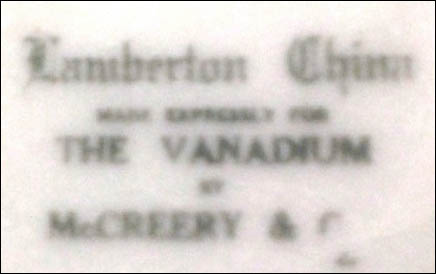 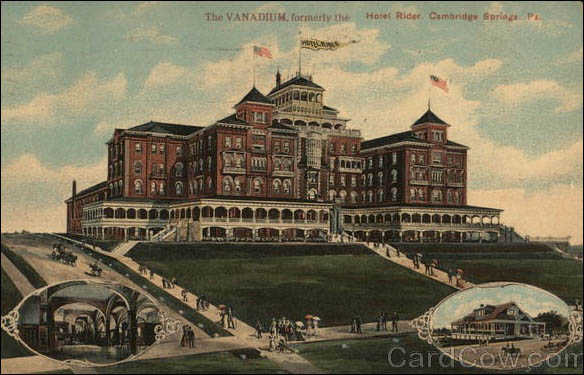 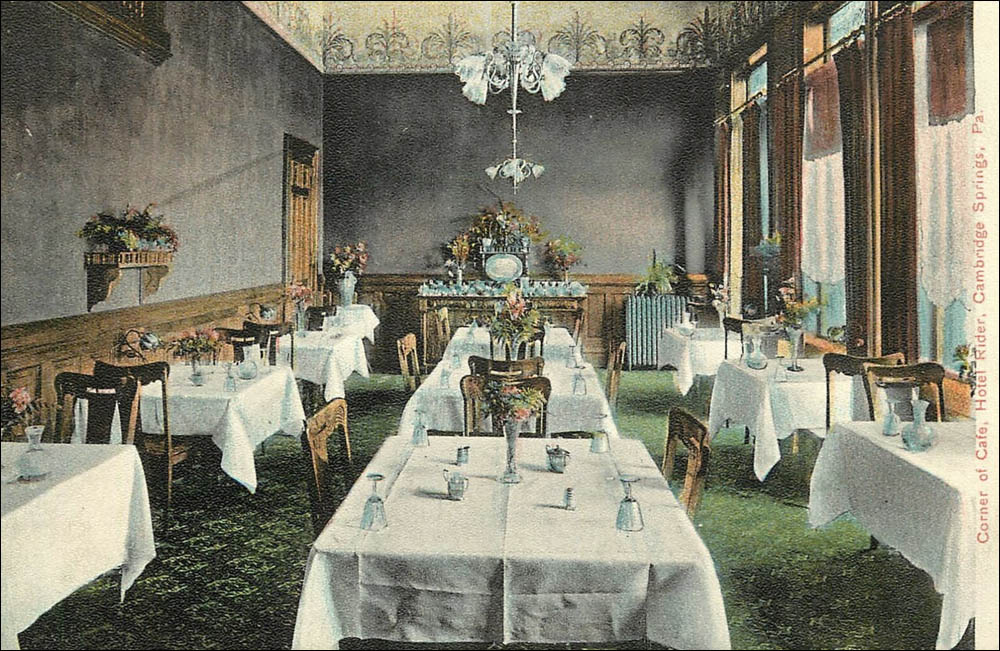 Cafe at the Vanadium Hotel 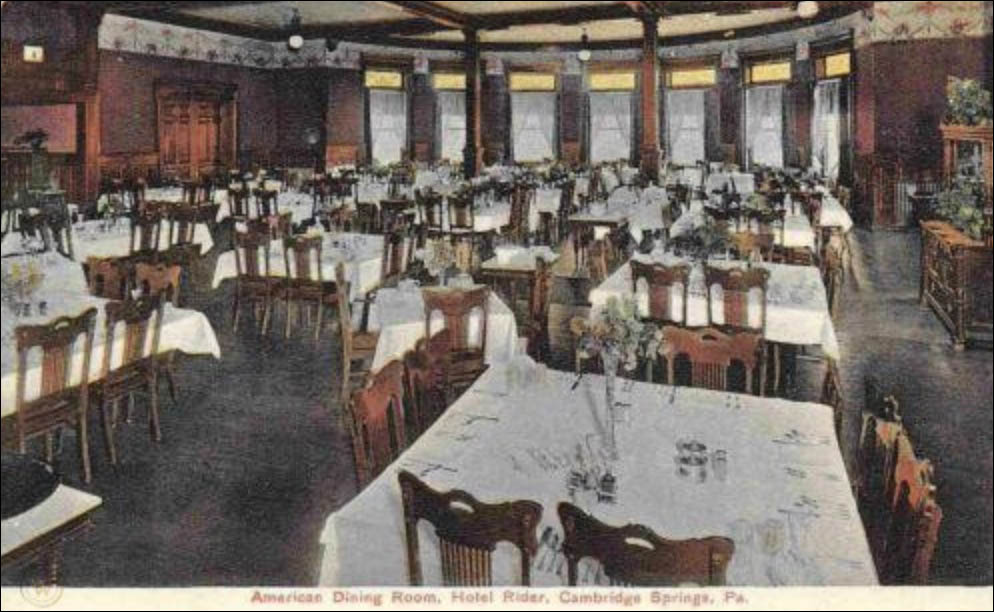 Notes: Ground was broken July 4, 1895, for what was to become the most magnificent and stately hotel on the route between New York City and Chicago. J. D. Rider a real estate promoter, along with a group of investors, financed this five-story, 300-room, brick, structure. When it opened in 1897, it was named Hotel Rider. It was the mineral springs of Cambridge Springs that were promoted as the reason to stay in the Rider. The bath department was located in a 50 by 200-foot space. Adjoining the baths were a gymnasium and swimming pool. A 500-seat theater and a ballroom provided addition entertainment for hotel guests. There was an American Plan dining room and a cafe. Even with all of its elegance the Rider did not attract the number of guests needed to make it financially successful. In 1904, a judge granted a petition to sell the Rider. In May 1910, it was sold again to another group of investors. It was renovated and reopened as The Vanadium. In December of 1911, it was sold to the Polish Alliance Association for $175,000.  A Titusville Herald newspaper article stated "as a hostelry it has never paid expenses. The profits which resulted from its operations during the summer months were more than consumed by the losses sustained in the effort to conduct it the balance of the year." On October 26,1912, the former hotel opened as Alliance College. On January 21, 1931, a fire that broke out on the top floor destroyed the structure.

Maddock made a Lamberton China service that is crested with a decal illustration the Vanadium exterior. Triple flower and scroll decal ornaments are spaced around the rim and connected with double pin lines in green. A green pin line flanks the crest at the verge.  This china was supplied by McCreery & Co. of Pittsburgh.  The 'Lamberton China' back stamp is in an Old English-style typeface, which is unusual for Maddock to use.