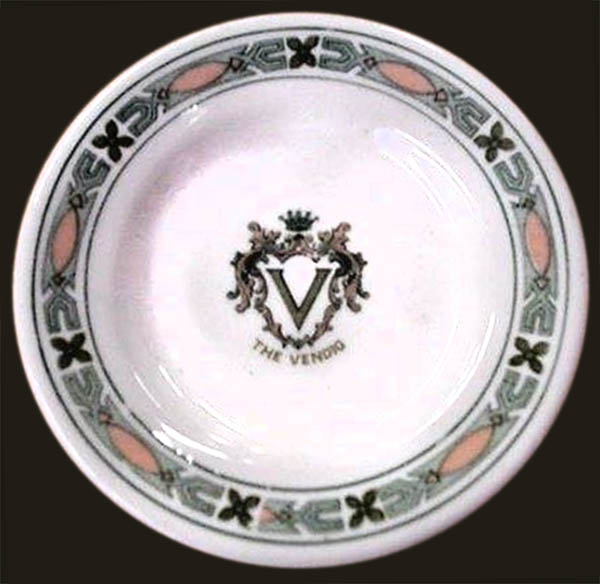 Notes: The Vendig was advertised as being only one square from the Pennsylvania Railroad and Reading Terminal Railroad Stations in downtown Philadelphia, PA. The hotel was located at the corner of 13th and Filbert Streets, and was a 225 room 10-story hotel. The hotel played a very major role in travelers arriving by train into the city, as it was so close to the Terminal Building. Later, the hotel was renamed the "Terminal Hotel" and was demolished to make way for a new Marriott Hotel.

This pattern design was patented by by Charles A. May, assignor to the Maddock Pottery Company on May 13, 1913. The same border in different color combinations was designed for the New York Central Railroad, supplied by L. Barth & Sons.