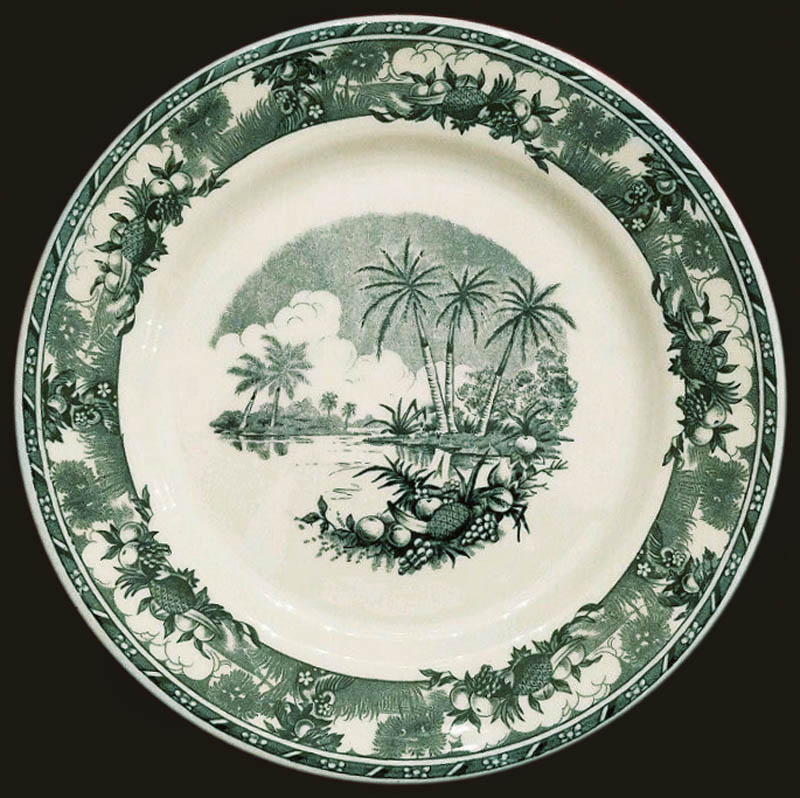 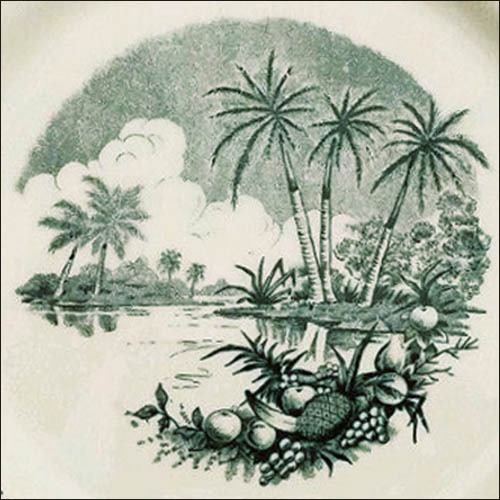 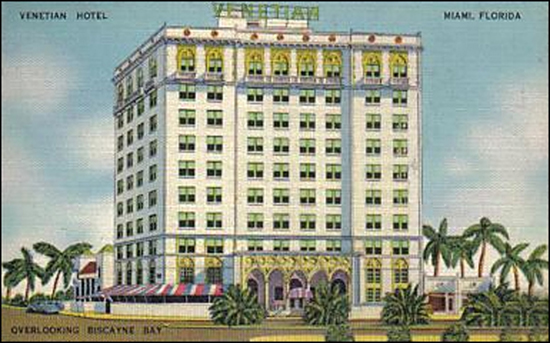 Notes: Touted as having "Miami's most distinguished address" on Biscayne Bay at Venetian Way (1451 North Bayshore), this 10-story, 135-room hotel opened in February 1926. The Venetian Hotel, like so many others, was closed for the duration of World War II.

According to the 1953 Hotel Red Book, it was the closest Miami hotel to the bay and ocean beaches. This service plate in shades of gray-green would have been used in the air-conditioned Baroque Room.

Sometime in the 60s, the hotel was converted to a medical building, and in December 1975 it was imploded to make way for a landscaping project by the Miami Herald.